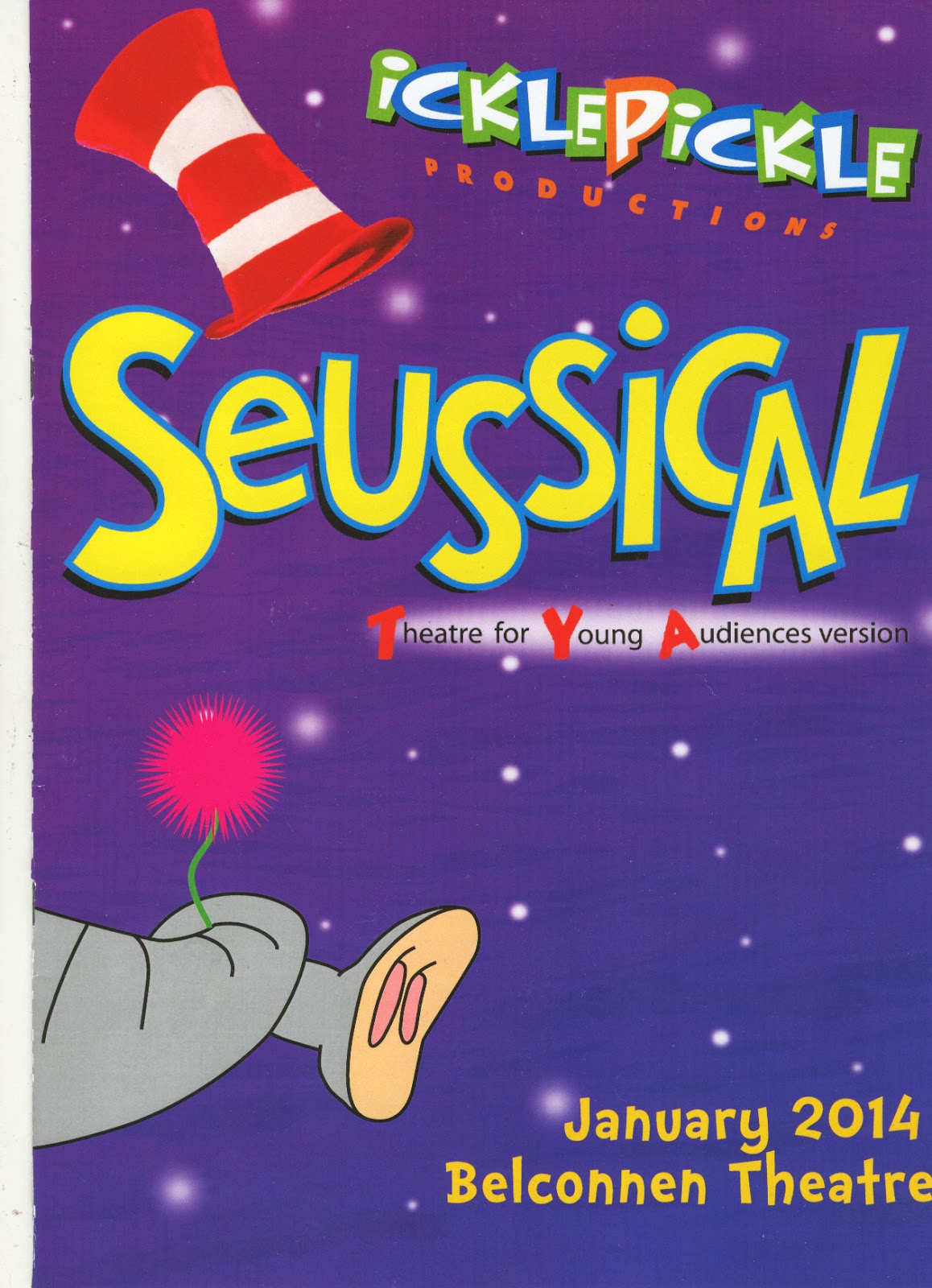 Although the Dr Seuss books were not available to me as a child, I certainly became aware of them in later years.  His works have been adapted for television, feature films and as a Broadway musical, ‘Seussical’, in 2000.  The musical had a short life on Broadway but has gone on to be one of the most popular shows for non-professional companies in the USA.  This production from Ickle Pickle Productions has used the shorter ‘Theatre For Young Audiences’ version for their school holidays production at the Belconnen Theatre.  It concentrates on fewer characters and incidents and cuts a number of the songs from the original Broadway show.

The strength of ‘Seussical’ is in the music score by Stephen Flaherty and Lynn Ahrens.  Given the fantastical nature of the show, the writers produced a score using various musical styles from latin to pop, swing, gospel, R&B and vaudeville, so there’s something here to please everyone.

Wayne Shepherd, the director and set designer has produced a magical show which moves like the wind and surprises and delights at every turn.  The colourful set is cleverly designed with references to the books and Dr Seuss himself displayed here and there.  Imaginative touches are everywhere with surprises galore.  Just wait until you see how they involve the audience during a rainstorm.

The production has a large, enthusiastic cast of adults and young people.  There are particularly nice performances from Adam Salter as The Cat In The Hat, Steven Galinec as Horton the Elephant, Kaitlin Nihill as JoJo, Sarah Hull as Sour Kangaroo, Debra Byrne as Mayzie La Bird and Jenny Watson as Gertrude Mc Fuzz but everyone onstage gets their moment to shine.

Musical director, Susan Davenport, has obtained a high standard of singing from the entire cast.  The singers are accompanied by an excellent pre-recorded accompaniment rather than a live orchestra and it works very well.

The choreographer, Talisha Jackson, has staged great dance and movement for this show, which the cast perform admirably.  Her work demonstrates a good understanding of the requirements of musical staging.  Based on her work here, she is a choreographer to watch out for in the future.  The costumes, designed by Janette Humphrey, are imaginative, funny and eye-catching and the clever lighting design by Justin Watson complements the show throughout.

While ‘Seussical’ has been produced for the school holidays, it’s just as entertaining for adults as well as children.  The nicely designed program includes a colouring in competition where you could win tickets to the next Ickle Pickle production.  I couldn’t wait to get home and get out the coloured pencils!