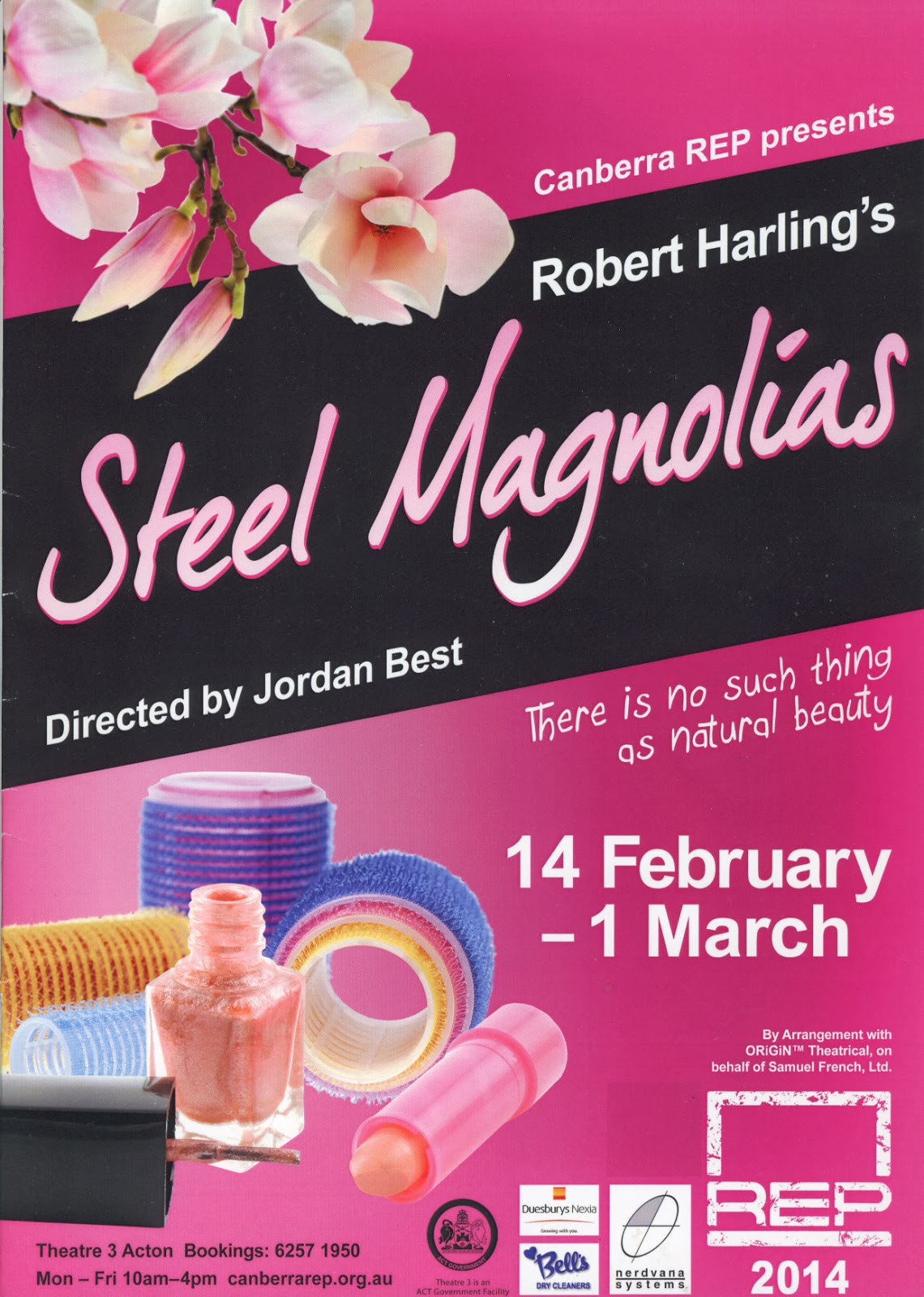 A ‘Steel Magnolia’ explains author, Robert Harling, is ‘something beautiful made of very strong stuff’.  That description perfectly characterises the six women in his play set in a small town beauty salon in America’s Deep South in the late 1980s.  Truvy’s Beauty Shop provides an oasis for six of the town’s women.  As the play progresses we get to know more and more about their lives and relationships.

Jordan Best’s production for Canberra Rep nicely captures the times and location of this play and her cast all give strong performances.  Nell Shipley gives a delicately nuanced performance in the central role of Shelby and Karen Vickery brings a moving depth and understanding to her role as Shelby’s mother.  Amy Dunham impresses as a girl who finds a new peace amongst her new friends in the salon and it’s worth the price of a ticket just to see the sparks fly between Judi Crane as Ouiser and Liz Bradley as Clairee.  Rose Braybrook gives a nice Southern characterisation as Truvy, the owner of the salon, but was a little hard to hear at times.

The set, designed by Michael Sparks, is attractive and finely detailed and costumes by Emma Sekuless have been well chosen to suit the characters.  However, the visible scene changing in low light broke the mood somewhat and the low lighting at the start of new scenes looked like something had gone wrong.  The strength of this play is in the level of involvement we feel with these characters.