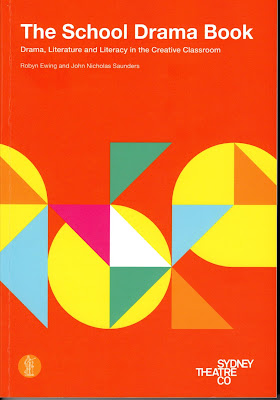 
I have just been listening to the ABC Science Show.  The speakers emphasised the need for everyone to be science literate, pointing out that new discoveries are not found by following the norm, and not only by putting things in boxes but more by linking the boxes together in new and previously unexpected ways.

Having myself been a teacher of clear thinking and logic (in team with a woman mathematician), while also teaching drama, I remember with joy the last school production I directed.  I needed a student who would know how to set up and run the new-fangled programmable lighting and sound board.  The science staff directed me to a lad who had never attended a theatre in his life but, they said, was brilliant.

He was astounded – watching rehearsals, devising and operating the lighting, sound and video for Tyger the musical  by Adrian Mitchell about William Blake – by how the actors, dancers and singers could do what they do.  “Every science student should do drama” was his conclusion from that experience.

That was in 1993.  By 2009 Sydney Theatre Company began piloting School Drama, an “artist-in-residence professional learning program for primary school teachers, which focuses on the power of using drama as pedagogy with quality literature to improve English and literacy in young learners.”  By 2012 the program moved on from the pilot stage, the teachers reporting “that the implementation of drama devices in their classroom English program enhances students’ deep understanding of literary texts, improves their oracy, inferential comprehension, writing and their confidence more generally.”

Professor Robyn Ewing, University of Sydney, and Helen Hristofski, STC’s Education Manager 2006-12) were discussing a potential collaboration between the theatre company and the university, at the same time as the Co-Artistic Directors of STC, Cate Blanchett and Andrew Upton were discussing the potential role of artists in primary schools.

The School Drama Book was first published in 2016, to be used alongside the School Drama program, with 7 Workshops outlined for each of 22 titles which provide the stimulus for making drama, from Being Different using Herb, the Vegetarian Dragon to The Power of Words using Phileas’s Fortune: a story about self-expression (Agnès de Lestrade and Valeria Docampo).  The Book has been reprinted this year, proving its value to the education community.

In each Workshop, the Drama Devices for the teacher to use are given with what would be Stage Instructions in a playscript.  An example, which could well relate to my recent commentary on Big hArt and the Roebourne Indigenous Community’s NEO-Learning program, is John Jagamarra using The Burnt Stick (Anthony Hill and Mark Sofilas).

After a Word Bank starting from ‘isolation’, ‘family’, ‘loneliness’, ‘stealing’, ‘journey’,’mother’, ‘loss’; Freeze Frames are used to lead to a Class Discussion.  Then the teacher (or artist-in-residence) reads from the story ‘John Jagamarra grew up at the Pearl Bay Mission for Aboriginal Children ... [to Page 13]…the colour of the evening, so much darker than his own’ and takes the class into a Visualisation session, asking them “to think about Pearl Bay Mission [and] to imagine they are invisible and standing in the Mission [and] to think about what they can see, hear, and feel at the Mission.”  After another Freeze Frame, the workshop ends with the creation of Soundscapes which each group in a circle performs for a listening group in the centre.  Each student writing their own description of Pearl Bay Mission is a follow-up exercise.

In any Workshop there may be any number of Devices used.  Some others, for example, are Conscience Circle/Teacher-in-Role; Tableau and Tapping In; Hot Seating; Postcard; Artefacts….and immediately I find myself back in my drama teaching days – except that in my time the idea of such explicit devices only became clear from the work of Brad Haseman and John O’Toole in 1986.  My group improvisation workshops, usually starting from a single stimulus point, were far more randomly exploratory than The School Drama Book’s more guided workshops.

But the point is that the guidance needed for primary school teaching, with the purpose of pedagogy, might not be appropriate for senior secondary students focussed on exploring the drama experience for its own sake; or perhaps for developing new drama skills with an eye to their possible future in theatre.  The discussion in the introductory sections of The School Drama Book of the principles in the process – of Making Meaning and Developing Literacy through the artforms of Literature and Drama – is very well done indeed.  Professor Ewing's and her co-writer John Nicholas Saunders' (appointed STC’s Education Manager in 2013 to oversee the growth of the program) work is a major contribution to the understanding of the history and development of drama in education.

So, to return to my beginning, where the drama so impressed that science student, while the scientists seek science literacy for everyone, I can see how the drama process so clearly laid out in The School Drama Book can be used beyond Literature as the source of stimulatory material.  Topics in Science and Mathematics can be explored not only in the ways they are now in classrooms and laboratories.  Using Drama, students’ understanding can grow from different perspectives, including the ethics of application of the results of STEM studies.

I can imagine these Drama in Science classrooms, but I think we would need artists-in-residence of the standing of the Sydney Theatre Company to change the education (and therefore political) culture described in The School Drama Book as still the norm:

…many primary teachers do not feel well equipped to embed the Arts into what has become an overcrowded curriculum.  Many western education systems, including Australia’s, are increasingly turning to a narrowed curriculum, triggered by high stakes testing and a technical focus on literacy and numeracy.  As a result, teachers often feel they must concentrate on the ‘basics’.

While despairingly, The Arts remain under-valued and under-used components of primary curricula despite unequivocal evidence that they enhance student wellbeing and, in turn, improve learning outcomes across other disciplines and subject areas.