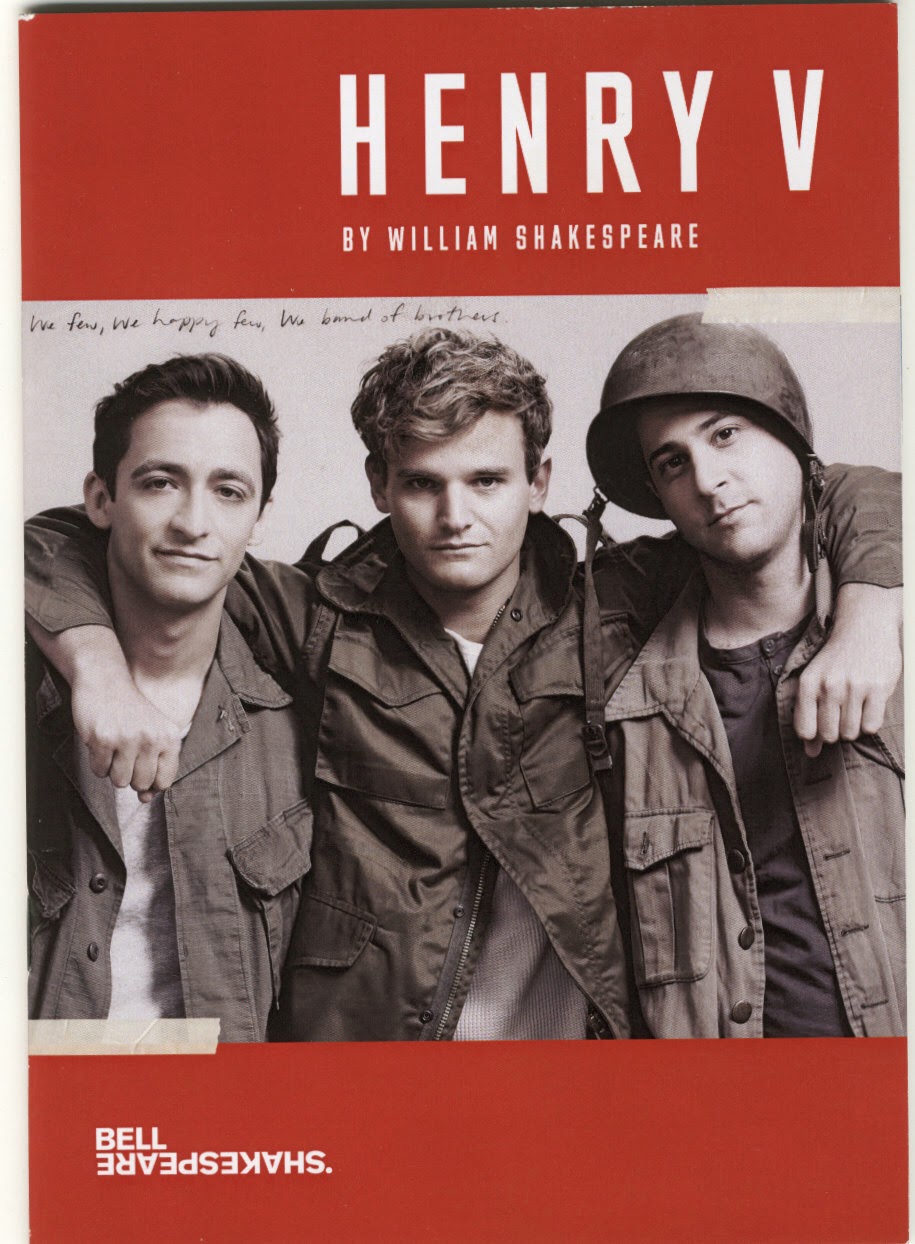 Before the performance started of the new Bell Shakespeare production of ‘Henry V’, I was introduced to a couple who had been to the previous night’s preview of the show.  They were so impressed that they had immediately bought tickets to the opening night as well.  I had a feeling I was in for something special and I was not mistaken.

William Shakespeare’s ‘Henry V’ was written about 1599 and tells the story of King Henry V of England immediately before and after the Battle Of Agincourt against France.

In this production, set in a bombed school classroom during the London Blitz in 1940, the school teacher, played by Keith Agius, leads off with a quick and lively history lesson of pertinent moments from the history plays preceding ‘Henry V’ to bring us up to speed for this play.  The teacher and students then perform ‘Henry V’, using props that are at hand around the room, and even reading now and then from the text of the play.  It’s a daring concept that works brilliantly.

The young cast give one of the best displays of ensemble acting I’ve seen in a long time.  Everyone is convincing as young students with distinctive personalities and also in their multiple roles as various characters from the play.  The sheer physicality and pace of the playing is at times breath-taking.

The director, Damien Ryan, has produced theatrical magic with many memorable moments, such as his imaginative staging of the death of Falstaff, the siege of Harfleur and the Battle Of Agincourt.  There is also an electrifying moment late in the play where you’re suddenly not sure if you’re still watching an enactment of the play or whether you’re witnessing a ‘real’ incident in the middle of the Blitz.

The set design by Anna Gardiner is a marvel, capturing the look and atmosphere of a bomb site.  Her work is complemented with a superb lighting design by Sian James-Holland.  The composer and sound designer, Steve Francis, adds great atmosphere to the visuals with an electronic score full of dread that reminded me of the film score by Ennio Morricone for the 1982 horror movie, ‘The Thing’.  The combination of lighting and sound during the bombing sequences is very realistic and alarming.

In Laurence Olivier’s famous 1944 film of the play, the action began in the Globe Theatre and became a propaganda piece for the Battle Of Normandy during the Second World War.  Setting this production in the bombed schoolroom is a clever alternative to Olivier’s vision and the war depicted in the play has the same relevance for the students as the Blitz rages outside.

This is a great production of a compelling play directed with imagination and flair and acted by a uniformly excellent cast.  All the elements come together to provide an evening of extraordinary theatre.  Don’t miss it!