Australian movies, where to from here? 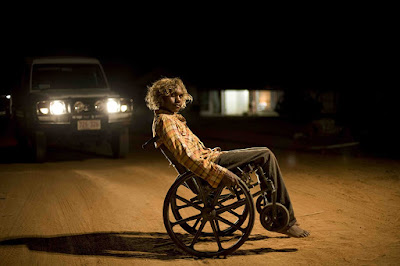 It’s been a treat catching Gillian Armstrong on ABC TV’s Home Delivery this week. Her reminiscences of her student days in the early 1970s are a reminder that there once was a time when ‘there was,’ the celebrated film director pauses for emphasis, ‘… no Australian film’.

Could this conceivably occur again? There hasn’t been much this year.

When and on what platform will we get to view Babyteeth, The Dry, and the others pending? Screen Producers Australia say there are 120 projects impacted during the current health emergency.

Without ongoing government support for the exceptional creative talent that we have in the Australian screen industry, we will all be very much the poorer.

While Armstrong was at the Australian Film and Television School (now AFTRS), one among the first intake, an Aussie accent on screen was disconcerting, it was so rare, and local news was delivered in accents the BBC would have approved of.

Armstrong’s resolve to pursue a career in an industry that had not yet been established, is really admirable.

There were a few local films around, relating the sexual exploits of characters like Barry McKenzie and Alvin Purple, but two seriously powerful Australian stories by overseas directors appeared on screen in 1971. Walkabout and Wake in Fright still resonate today.

By the end of the decade, there were so many Australian films of fantastic quality, including Armstrong’s exquisite My Brilliant Career – that screened at the Cannes and New York festivals – that  the surge downunder was hailed as a new wave.

The first Mad Max, Picnic at Hanging Rock, Newsfront, Storm Boy, The Devil’s Playground, Long Weekend, Caddie, Don’s Party, and The Chant of Jimmie Blacksmith all appeared in the 1970s. Along with plenty of others well worth a mention.

The bilateral government support for a film industry that began in the late 1960s was realised by Australia’s screen industries, and they have continued going strong.

A stocktake of more recent films is very surprising and rewarding, a reminder of how richly we benefit from the film and television made in this country.

The 2000s kicked off with Andrew Dominik’s Chopper, based on a real-life criminal still serving time for murder. It certainly had impact, but I preferred the mockumentary indie about an underworld hitman that arrived a few years later from Scott Ryan, The Magician. It was cheeky, smart and less visceral.

Serenades, a dead-pan comedy from Shirley Barrett appeared the same year, with the tagline  ‘Two sisters will do anything to hook the right man’. It won a Camera d’Or at Cannes for best first feature. 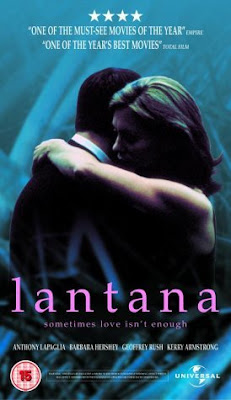 Can it really be nearly 20 years since Lantana showed how subtle and compelling a local adult drama could be?  There was an abundance of talent involved on the project and it won many awards here and overseas, including a best screenwriter gong for Andrew Bovell. Director Ray Lawrence’s next film Jindabyne traced contentious territory but was also excellent.

Phillip Noyce’s The Quiet American in 2002 was given unaccountably short shrift by critics and audiences here, although it was a fine drama that captured the spirit of Graham Greene’s novel. I was glad to see it win prestigious awards in the UK and US.

The 2000s were an immensely productive time for writer-director Rolf de Heer, whose The Tracker with actor David Gulpilil in the lead appeared in 2002. It was quickly followed by Alexandra’s Project, a masterwork in the suburban thriller genre. His unique collaboration with the Yolngu people, Ten Canoes, audacious and whimsical by turns, was released in 2007.

Gulpilil’s performance was outstanding in The Tracker. He also had a small role in The Proposition, the brilliant outback western directed by John Hillcoat and written by Nick Cave that was released to general acclaim, though some took exception to the violence.

Rachel Perkins’ One Night the Moon appeared, as she was consolidating her career in Australian film and television. A collaboration with singer-songwriter Paul Kelly, it had a running time of under one hour but it was certainly compelling. In recent times, Perkins has directed the first season of Mystery Road and miniseries Total Control. Both exemplary TV drama.

Another Indigenous writer-director, Ivan Sen, arrived. His very impressive work includes the features Toomelah, Goldstone, and Mystery Road the film that inspired the popular television series of the same name. Sen made his fiction feature debut in 2003 with Beneath Clouds.

Australian comedy had an uneven run during the noughties but it doesn’t mean there wasn’t some first class work. Getting’ Square from Jonathan Teplitsky and Kenny by Shane Jacobson were equally hilarious.

The hard-to-pigeonhole asylum seeker drama, Lucky Miles, directed by Michael James Rowland, was a hoot. I also really enjoyed Ali’s Wedding, directed by Jeffrey Walker and written by Osamah Sami, very definitely a comedy, that was released in 2017. Sami has called it the first Muslim rom-com.

Teplitsky also had an international hit in The Railway Man, that elicited sensitive, intimate performances from major stars Colin Firth and Nicole Kidman.

Writer-director Sarah Watt Look Both Ways, also about a couple dealing with trauma, was a miniature in comparison, and beautifully rendered at that.

Jane Campion’s Bright Star appeared in 2009 to a lukewarm reception. I thought it terrific though I’d admit to being a bit of a die-hard when it comes to this filmmaker.

I was also hugely impressed that same year by Rachel Ward’s Beautiful Kate, an intense, disturbing family drama in the gothic style.

And in 2014, The Babadook announced a bold new talent in director Jennifer Kent. It’s held in very high esteem by cinema horror cognoscenti. I just thought it was one of the most effective scare fests I’d ever watched.

Director Jocelyn Moorhouse returned in 2015 with The Dressmaker, an outback western in which a stranger arrives in town with a sewing machine on her hip. It’s a flamboyant revenge comedy drama that, for all its colliding elements, works brilliantly. 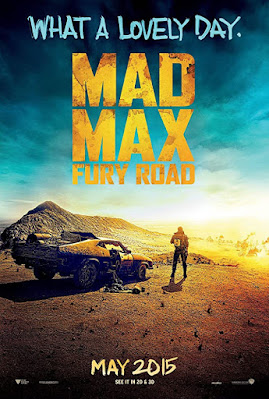 That same year, George Miller took us on another exhilarating journey into the post-apocalyptic desert in Mad Max: Fury Road. It won wild praise from many critics and now holds the record for achievement by an Australian film at the Oscars, bypassing the previous record held by Campion’s The Piano.

Lion, directed by Garth Davis and based on a screenplay by Luke Davies and with a wonderful performance by Dev Patel, was another huge success here and overseas. Who didn’t love this film?

Another home grown favourite of the 2010s was The Sapphires. Impossible not to respond to its bouncing with irrepressible joy.

The 2010s have also seen the emergence of David Michod as a major creative talent. His pitch-black crime-family drama, Animal Kingdom, shook us up and launched the international careers of Ben Mendelsohn and Jacki Weaver. Michod’s The King last year was equally impressive.

Although there are so many contenders, my pick for the most outstanding Australian film of the last two decades has to be Warwick Thornton’s Samson and Delilah. When I reviewed the film in 2009 I wrote that it announced a major new talent and could be come a modern classic. I think, as it turns out, that was the right call.

First published in the Canberra Times on 4 July 2020. Also published on Jane's blog