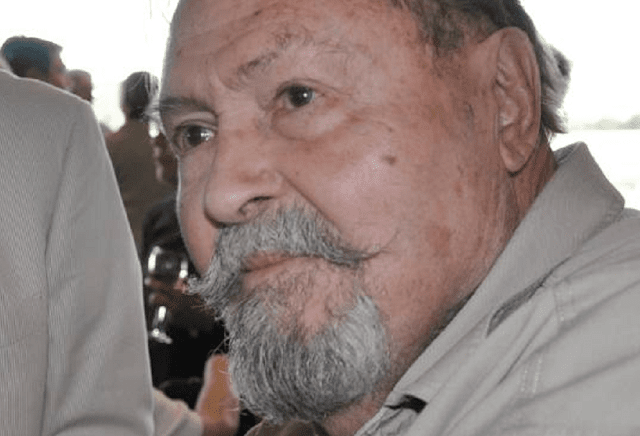 With the passing of Brian Sudding last week, the Canberra theatre community lost a passionate creative artist who devoted a lifetime to the art of creating stage magic, and who throughout his career designed no fewer than 77 stage productions.

Born in Southern Rhodesia in 1939, Sudding's design career started as a display artist. His interest in theatre was piqued by his involvement with the Bulawayo Children’s Theatre and a production of a Christmas pantomime, “Alice in Wonderland”. Little did he know that he would repeat this show in Canberra many years later (1971) with a production of “Alice on the Lake” produced by Stage on Springbank Island.

Sudding migrated to Australia in 1957 to pursue a career as a sea cadet, but it wasn’t long before the opportunity to join the ABC as a Designer’s Assistant provided him with the pathway to follow his passion for design.

As a Design Assistant he worked on many notable ABC television series including “The Lorrae Desmond Show”, “Australian Playhouse” and the historical drama, “The Hungry Ones”.

However it was as a Producer/Director that he shone, and during his ABC career Sudding produced several influential ABC productions, among them, “A Big Country”, “Four Corners”, “Nationwide”, “Statewide” and “The Carlton/Walsh Report”.

Sudding always regarded theatre design as his hobby and his opportunity to express himself on a “large canvas” in a more relaxed atmosphere. The opportunity to indulge this hobby came in 1968, with an invitation from the Canberra Repertory Society to design its production of “East Lynn” for presentation in the new Canberra Theatre Centre playhouse.

So successful were his designs for this production, that he was tasked with designing Rep’s productions of “Childermas” (1969), and “Hotel Paradiso” (1972), both for The Playhouse. Later when Rep moved into Theatre 3, Sudding designed its production of “How Does Your Garden Grow (1977.

In 1969 Sudding accepted an offer from The Canberra Philharmonic Society to design its production of “Calamity Jane”, also for presentation in the Canberra Theatre Playhouse. This commenced a long association with the Canberra Philharmonic Society which saw Sudding  provide a succession of distinctive settings for Philo’s productions in the much larger Canberra Theatre, and over the years he designed productions of “Brigadoon” (1970, “Rose Marie” (1970), “Kismet” (1971), “Oklahoma” (1980), “The Sentimental Bloke” (1984), “Mack and Mabel” (1986), “Show Boat” (1987), “Ruddigore” (1988) and “Oliver” (1989).

After retiring from the ABC, Brian set up his own set-building business, “Sudset” in Queanbeyan, and became the go-to designer not only for theatre productions, but for exhibitions, displays and events such as Floriade, Candles by Candlelight and The Folk Festival.