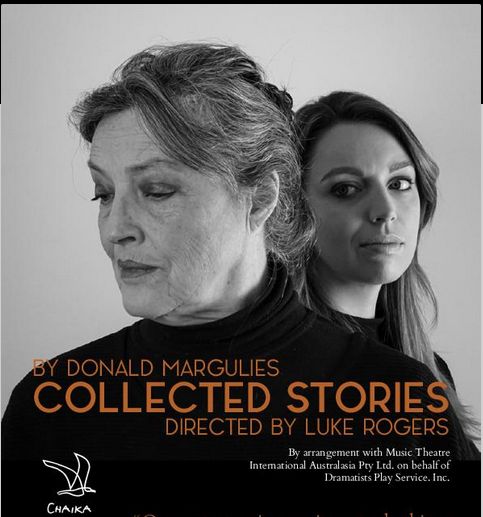 Collected Stories is a Pygmalion play in which “Ruth Steiner is a teacher and respected short story writer. Her student and protégée is Lisa Morrison. Over the course of six years, Lisa journeys from insecure student to successful writer. After publishing a well-received collection of short stories, Lisa writes a novel based on Ruth's affair with the poet Delmore Schwartz. The women deal with the moral dilemma of whether a person's life events are suitable for another to use in their own creative process.” [ https://en.wikipedia.org/wiki/Collected_Stories_(play) ]

Professor Ruth Steiner is a lot like Professor Henry Higgins in personality: essentially self-centred and an ‘instructor’ rather than empathetic teacher.  Lisa Morrison has a similar determination to succeed and find her own way as does Eliza Doolittle.  Henry succeeds in teaching his pupil how to speak, but he is forced to let Eliza go in the end, now she is equal to and independent from her teacher/mentor.

Ruth succeeds in teaching her pupil to write, but angrily forces Lisa to go in the end, now she is equal and independent from her teacher/mentor. Ruth is angry, accusing Lisa of ‘stealing my story’ but in writing her fiction novel, based on the story  – which Ruth intended not to make public – of her affair at “a young 22” with an older man, Lisa did no more than Ruth had taught her.  Any good story is grist to a writer’s mill.

In both plays the end shows up the underlying insecurity of the teacher-instructor.  Henry Higgins laughs as Eliza goes, but we know how lost he feels.  Ruth Steiner sinks into despair as it seems her age is catching up with her.  We know how lost she feels.  Yet we are left not able to offer all our sympathy, because both of these Professors have brought their endings upon themselves, at least in part.

Now to the performances by mother and daughter, Karen and Natasha Vickery.

For me to criticise would be an embarrassment after spending most of two hours sitting right next to Professor Steiner’s writing desk in her comfortable 1990s lounge room.  I could easily have picked up her phone for her when it kept on ringing as she slumped in depression when the final lights and jazz music faded.  I looked at her protégée Lisa and felt her sadness, yet understood her need to leave the room and the relationship with this woman who had become almost a mother for her.  She was now the teenager who had grown up.  It was time to go.

It goes without saying that their performances demanded, and they achieved, a high degree of professional skill individually and as an acting partnership.

Credit, of course, must also go to Luke Rogers and Caitlin Baker as director and assistant director for their detailed work with the actors, and for the layout of the action in this very much in-the-round staging which works so well in The Hub; as well as for such thoughtful design of the lighting by Stephen Still, and especially for Neville Pye’s choices of the integrated sound of modern jazz with all its blue notes which belonged to that period of social history.

Chaika Theatre is proving to be a well-worthwhile venture indeed.

Posted by Canberra Critics Circle at 10:03 AM