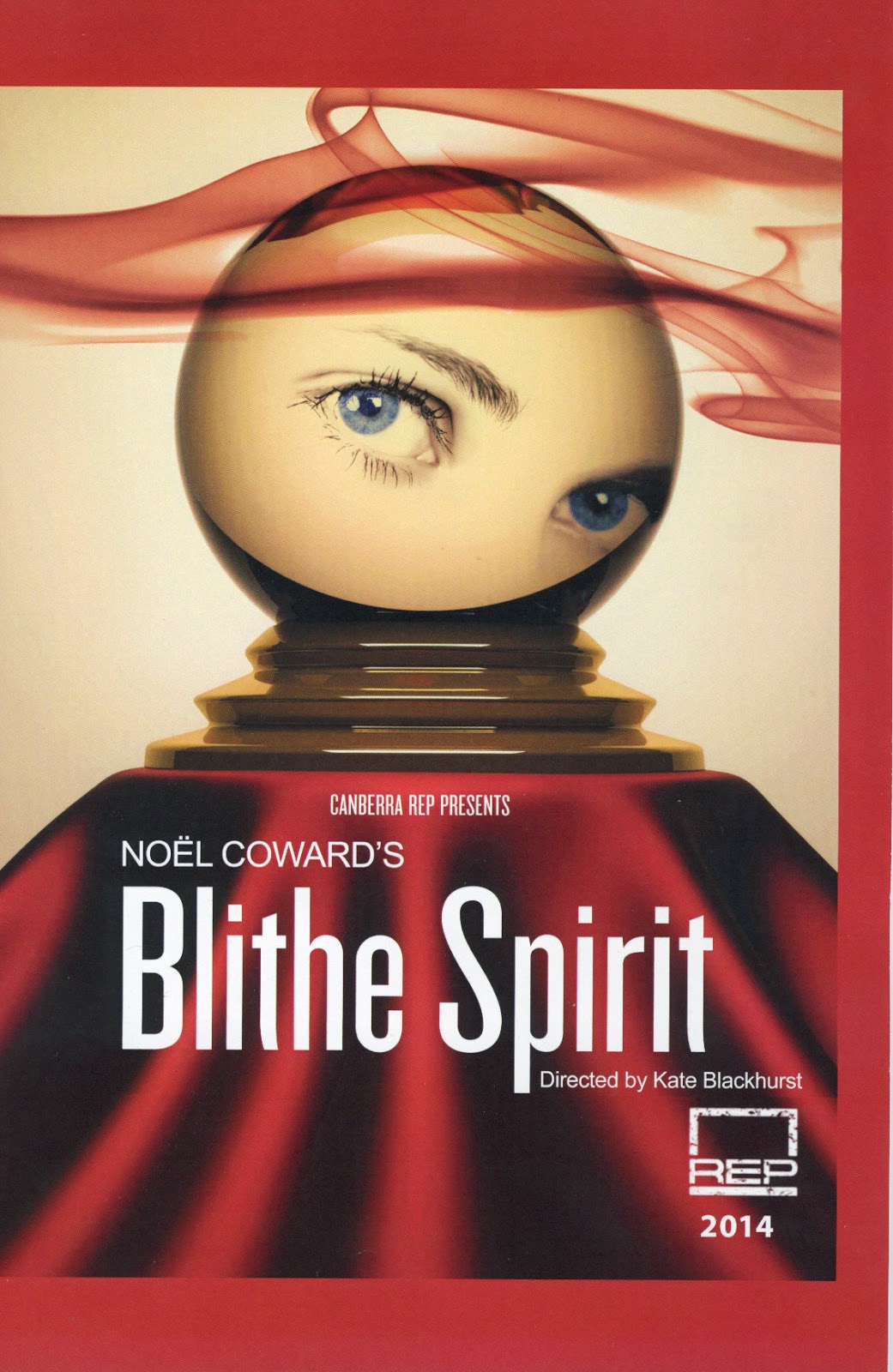 ‘Blithe Spirit’ by Noel Coward ran for nearly 2,000 performances in its initial run during the Second World War in London and is revived more than most of Coward’s other plays.  Its timeless appeal continues to delight audiences with its clever plot and witty dialogue.

Set in 1941, a writer, looking to gather incidental detail for a novel he is writing, invites a local psychic to perform a séance at his home.  Though sceptical, he and his new wife get more than they bargained for when the psychic accidentally brings the ghost of the writer’s deceased first wife back from the dead and she seems determined to stay.

On a fabulous and atmospheric set by Andrew Kay, which drew gasps from the audience when first revealed, Kate Blackhurst’s production for Canberra Rep captures English manners and morals of the period very well.  Coward’s plays rely heavily on the way the dialogue is delivered and many of the laughs come from the sub-text.  Characters often say one thing but really mean another.  Get this right and the play takes off.

In the leading role of Charles Condomine, Peter Holland gives a well-paced, charming and highly entertaining performance.  Emma Wood, as his current wife, Ruth, is a delight, at first condescending and secure in her little world and then very quickly losing self-control as the play progresses.  Overcoming a poor costume choice, Anita Davenport gives a charmingly wicked and teasingly sexy performance as the ghost of Charles’ first wife, Elvira.  In the smaller roles of Doctor Bradman and his wife, Don Smith and Elaine Noon are very effective.  Elaine Noon showed considerable skill with Coward’s dialogue, managing to get some of the biggest laughs of the evening.  The fun role of Edith, the maid, was nicely played by Yanina Clifton.

Most interest in the casting of this play always centres around the character of the psychic, Madame Arcati.  Original London cast member, Margaret Rutherford, put an indelible stamp on this role that has been hard for subsequent actresses to overcome.  In this production, Liz St Clair-Long bursts onto the stage with furious energy and delightful eccentricity.  A wild, red-haired Bohemian with a touch of gypsy about her, she gives a memorably fascinating and funny performance.

The costumes for the show by Anna Senior were generally well-executed with stylish period clothes for the women.  I was, however, disappointed by the costume, makeup and hairstyle chosen for the character of Elvira.  She may be a ghost but she must look attractive.  This choice of costume and dull hairstyle managed to de-glamourize the usually beautiful actress playing her.  We know she’s a ghost from the script so the metallic-looking ghost makeup was an unnecessary distraction.

Kate Blackhurst has done excellent work overall for her first time as director for Canberra Rep.  It was great to see a near-capacity audience last Thursday hugely enjoying every moment of Noel Coward’s classic play.