‘For Our Country’ tops ACT Architecture Awards, by Helen Musa 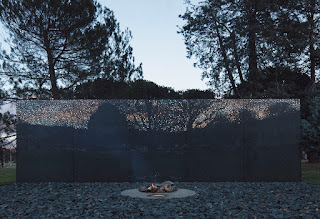 “FOR Our Country,” the Australian War Memorial’s Aboriginal and Torres Strait Islander memorial, took out the top prize at the ACT Architecture Awards tonight, June 5, winning the Canberra Medallion.

Designed by artist Daniel Boyd and Edition Office Architects, the memorial commemorates the military service and experiences of Aboriginal and Torres Strait Islanders.

The AIA ACT jury chair, Marcus Graham, described the memorial as a provocative and important piece of work. “Physically small, but carrying an enormous weight of significance, ‘For Our Country’ reflects honestly upon a complex history, and looks forward to greater cultural understanding,” he said.

ACT chapter president Shannon Battisson drew attention to the high level of interest in the Sustainability Award this year with 14 entries.

“We had 43 entries across all of the categories this year, ranging from residential projects to large public commercial buildings, and the quality of these entries was exceptional. It’s clear that were leading by example in ACT,” he added. 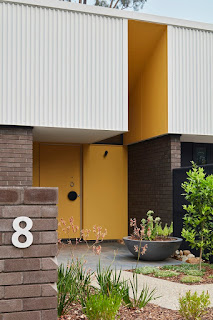 The ACT Law Courts by Lyons won the Romaldo Giurgola Award for Public Architecture and the W Hayward Morris Award for Interior Architecture.

Greenwood House won the Sir Roy Grounds Award for Enduring Architecture. The house was designed by Ian Slater in 1975 in close collaboration with the client and contractor.

All ACT Chapter winners were selected by independent juries. All Named Award and Award winners will now progress to the National Architecture Awards.

Commendation – Civic Quarter by Cox Architecture and May + Russell Architects

The Pamille Berg Award for Art in Architecture

The Robert Foster Award for Light in Architecture

This story first appeared at citynews.com.au