Shen has created and etched tintypes to respond to archives documenting his rich heritage of mainland China and the indigenous Ngarrindjeri people. Johnson has studied the effects of the geographical environment on our emotions and behaviour. Gilbee contributes solargraphic works capturing a forensic digital tracing of a quarantine site. Each has explored contemporary questions relating to personal identity.

In her catalogue essay, exhibition curator Aimee Board writes “Each exhibited artist calls into question the essence of the photograph as an imprint of light, while at the same time uncovering the historical role and narrative of the image."

Renowned for his skills as a draughtsman and explorations of his personal heritage, Shen combines traditional imagery and the archival source to create his works. His practice is to deconstruct the world around him to understand his identity. Here, he has drawn on archival images of paintings sourced from various Dynasty periods, tying in with family heritage from China. He shows us himself as Emperor mounted on horseback, but in his Ngarrindjeri homeland. This work strongly resonated with me, just a year after seeing some aspects of various dynasties whilst touring China. 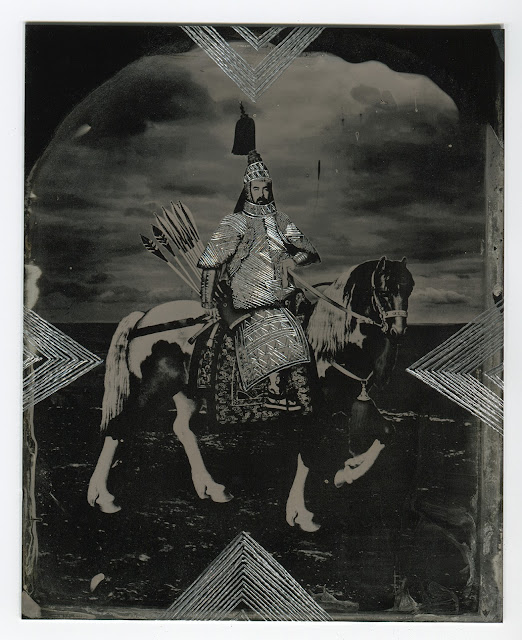 After making charcoal drawings of relatives as he recorded their oral histories, Shen photographed them. He overlaid the resultant images with intricately etched lines, exploring darker aspects of Australia’s complex past. The resultant masks are quite fascinating to look at, although I didn’t find them quite as compelling as some of his previous “vintage style” portraits.

Gilbee has a multidisciplinary approach to art making. Her practice moves between individual studio work to the exploration of interesting sites and context for making and presenting work, with a focus on the intervening spaces.
​
Using solargraphy, a pinhole photographic method for recording the marks of the sun rising and falling, she tells the story of the Old Quarantine site at Point Nepean in Victoria, set up in 1852 to protect the local population. Ships carrying diseased passengers were required to land and disembark, where luggage and people were disinfected before heading to Melbourne. Another appropriate exploration given the quarantine arrangements most recently used because of COVID-19. Gilbee says, With the pinhole,..it's like the porthole that you look out in a ship or a guard looking through to the inside of a cell. It has a really strong ocular and pupil effect…
​ 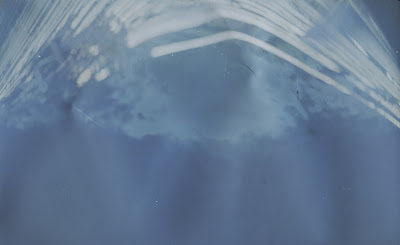 Johnson employs analogue techniques to explore the materiality of photographic images resulting from a physical exchange between the body, film, and elements of the environment. His ongoing series, Eighty Lakes, documents numerous Australian lakes including Burley Griffin. Once developed, the film is later submerged in water collected on site, for durations of up to two months. Gradually, the film becomes malleable, as minerals, bacteria and pollution of the water create unpredictable abstractions. The shapes and patterns in these images are wonderful to explore. 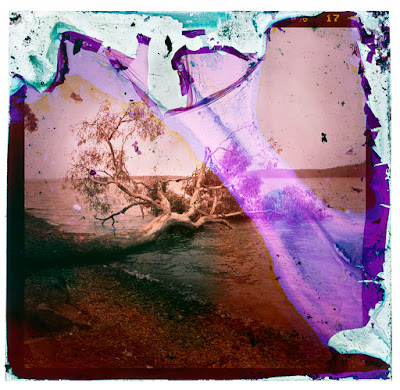 Johnson considers film to be an obsolete medium and sees a three parts connection between the obsolescence of film images, the technology itself, and landscape in an age of environmental instability. He speaks of “decaying slide film” productively performing the material embodiment of environmental deterioration. Many people scanning their old slide collections during COVID-19 isolation will have discovered decay in them, so should relate to that.
​
As curator Board writes “As luminous inscriptions of light, the works presented in Traces Unseen investigate the intangible aspects of histories and of place. They also capture, indirectly, points at which the producer and the produced converge.”

This review was also published in The Canberra Times and in Brian Rope Photography’s blog at https://brianropephotography.wordpress.com/, both on 30 May 2020.