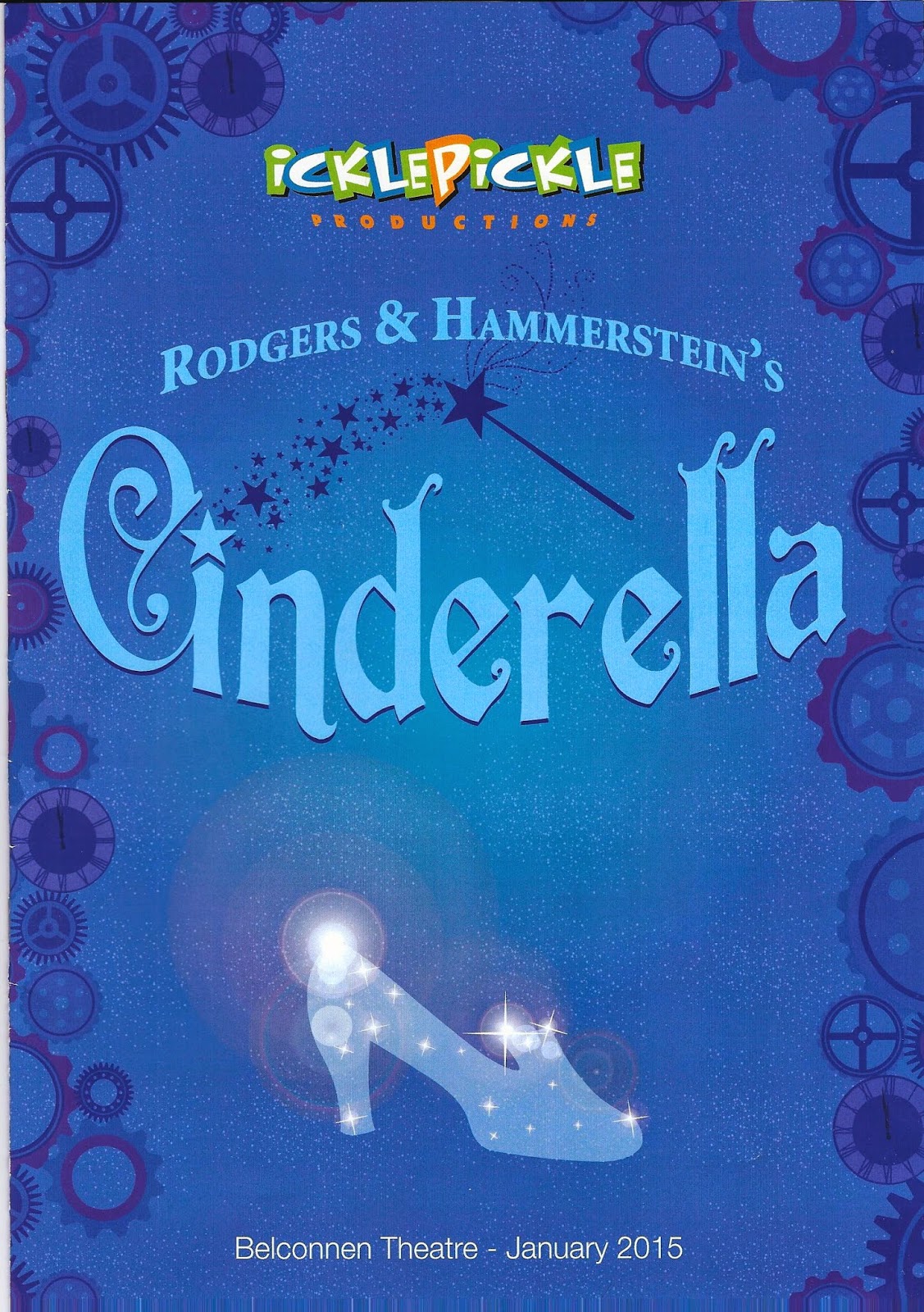 ‘Rodgers and Hammerstein’s Cinderella’ started life as a television production in 1957, starring Julie Andrews fresh from her success in ‘My Fair Lady’ and long before her subsequent film career.  The stage version we see now has grown and changed from the original TV show with songs added from the Rodgers and Hammerstein archives.  Several of the songs had actually been written for other shows like ‘South Pacific’ and ‘Oklahoma!’ but not used.  A curious later addition is the song ‘The Sweetest Sounds’, which was a highlight of Richard Rodgers musical without the late Oscar Hammerstein, ‘No Strings’ from the 1960s.  The score overall does seem cobbled together with no sense of its own identity, unlike the top drawer Rodgers and Hammerstein musicals.

In spite of that, the directors of this production, Hannah McFadden and Justin Watson, have produced a sparkling and enjoyable entertainment.  The unexpectedly worldly script gives cast members some great funny lines which will amuse adults while the children will enjoy the colourful spectacle on the simple but eye-catching set by Steve Galinec and Anita Davenport which owes a lot to Disney artwork.

There are some nice performances amongst the large cast.  Adellene Fitzsimmons and Pip Carroll give us a classically appealing Cinderella and Prince Christopher.  Ben Hardy steals the show with a very funny performance as Lionel, the Royal Steward.  Amy Jenkins as the nasty Stepmother and Risa Craig and Holly Ross as Cinderella’s stepsisters deliver some of the best funny lines in the show with great comic timing.  Risa Craig’s physical comedy ability was especially notable.

The large ensemble sing and dance confidently and the choreography by Hannah McFadden, while simple, works very well.  The costumes designed by Janette Humphrey and produced by a large team were colourful and captured the necessary style and period of the show.

Musical director, Susan Davenport, has done fine work with her singers.  There was some unevenness in the voices of some of the principals on opening night but overall, it was quite pleasing musically.  The cast are singing to a pre-recorded orchestra which can often give a flatness to the sound of a show but, in this case, the arrangements were appealing and it wasn’t a problem.

The directors have produced a nicely staged show which should appeal to adults and children alike.  There are many comic moments happening around the stage that you need to be quick to catch.  It all adds up to an enjoyable evening at the theatre.  They even have a chandelier, too!