Sydney Festival 2015 Have I No Mouth 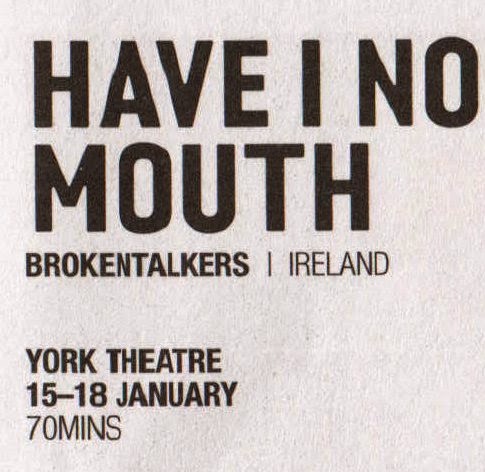 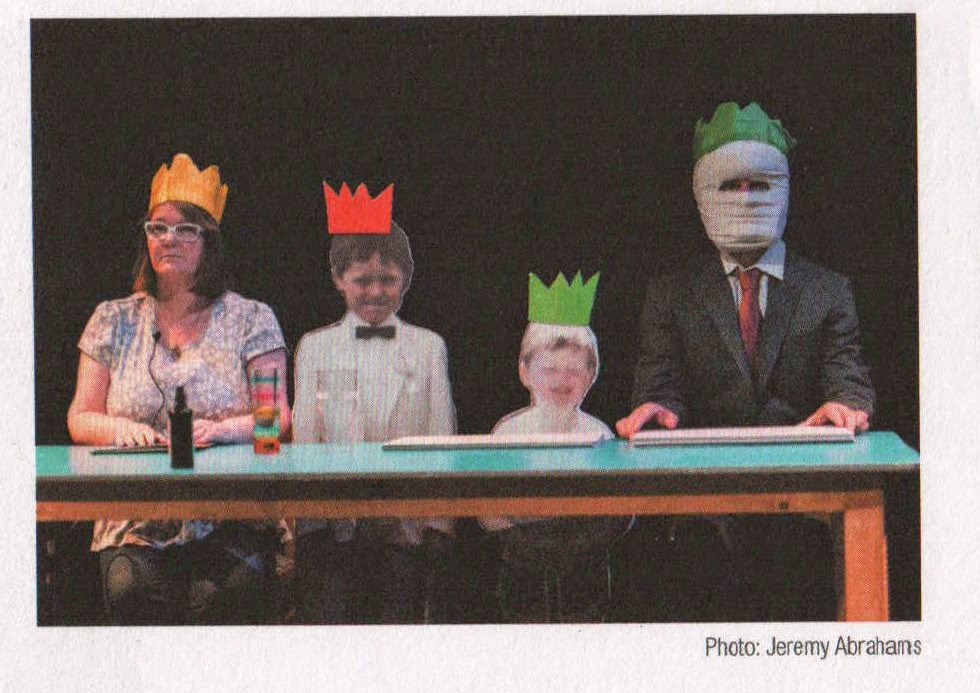 In my day, before being a mere critic, I have had my experience of less than successful attempts at using what I call ‘oblique’ images and theatrical devices as significant symbols.

If in this case the devising group had constrained themselves, perhaps limiting the imagery to the balloons and using just one miked commentator/questioner as the main device, the story of a son’s emotional troubles resulting from the deaths of his baby brother and his father could have become a gripping drama.  But too much theatrical diversity means inconsistency, which means the drama wanders without clear development.

Basically, as the audience demonstrated admirably this evening, they only wake up when they can become excited by the prospect of a new development when a previously established device or image reappears.  Though the balloons, into which you blow all your anger, is a cheap ploy to engage the audience, it was at least a theme (and the only one) which followed through from balloons being handed out at the door, blown up in an audience participation exercise, popped when the son hugged his father’s ghost hard enough, with anger relieved in the fun of swamping the auditorium with bouncing balloons to end the play.

If it sounds as though I’m giving some instruction to a group of drama students, that’s not surprising when we see that Brokentalkers have no writer, just two ‘co-directors’ who claim that “Their work seeks to explore new forms that challenge traditional ideologies of text-based theatre” in a working method “founded on a collaborative process that draws from the skills and experiences of a large and diverse group of contributors from different disciplines and backgrounds.”

Sorry if I see value in the old ideology of a writer, director and if necessary a dramaturg to create consistency in the final result, but after all I have seen the Brokentalkers kind of challenge many times before – from the time of Piscator in the 1920s in Germany, through the Open Theatre of the 1960s in New York, and even in Canberra’s Fools Gallery in the late 1970s, as well as various Sydney groups such as Kinetic Energy.  Non-text based work is not exactly a new idea.  Some has worked; some has not.

Unfortunately, Have I No Mouth uses the real experiences of the people performing: the son is Feidlim Cannon, the mother is his mother Ann, and the psychiatrist is his psychiatrist Erich Keller.  Awful though it is to have to say it, since the issue surrounding Feidlim’s father’s death is obviously very serious, and perhaps reveals a crucial failing on the part of the medicos concerned, the play ends up perhaps being a kind of psychological therapy for the participants but offering little to an audience.

Some questions are raised, which I overheard some people discussing after the show, about the role of the mother as a parent, for example.  I found it difficult to listen because it seemed too much like prying into others’ privacy.

As each new device appeared, in the action or on screen, unexpectedly different in form or style without any apparent reason, about halfway through I found myself no longer engaged with the emotional content.  The play lost its plot.  The only interest was in wondering what new technique would appear next.

The company is described as  “one of Ireland’s most innovative and original theatre companies by making formally ambitious work that defies categorisation”.  I actually don’t know what this means, or how it applies to this presentation.  I’m just concerned that the important issues behind these people’s disturbed lives do need to be addressed, and need better, well-focussed theatre to do it.

I should add, though, it is a valid thing for the Sydney Festival to host such international indie groups, so that theatre practitioners and audiences here can make their own judgements.  This is an especially important value of the About An Hour segment of the Festival. 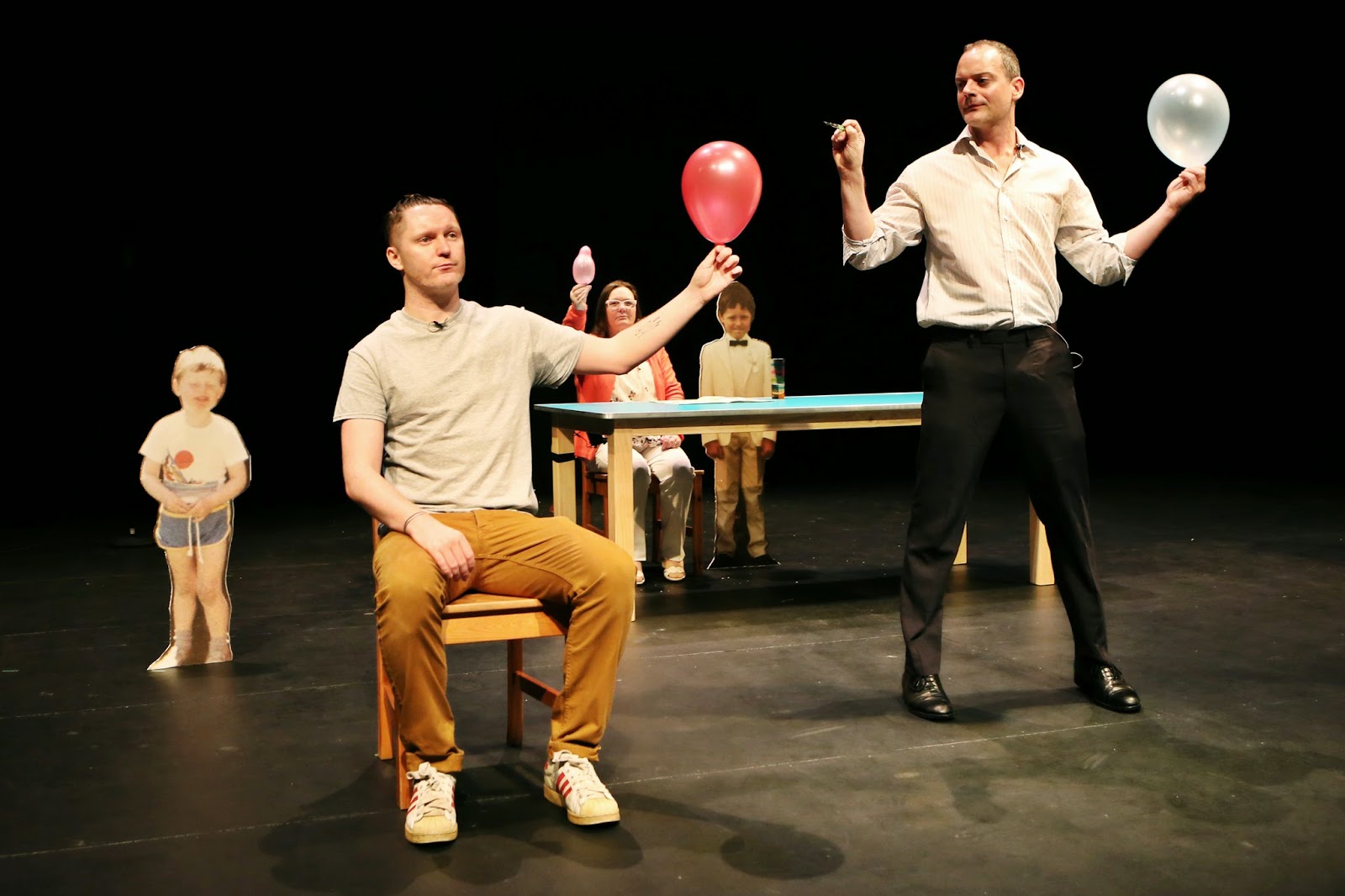 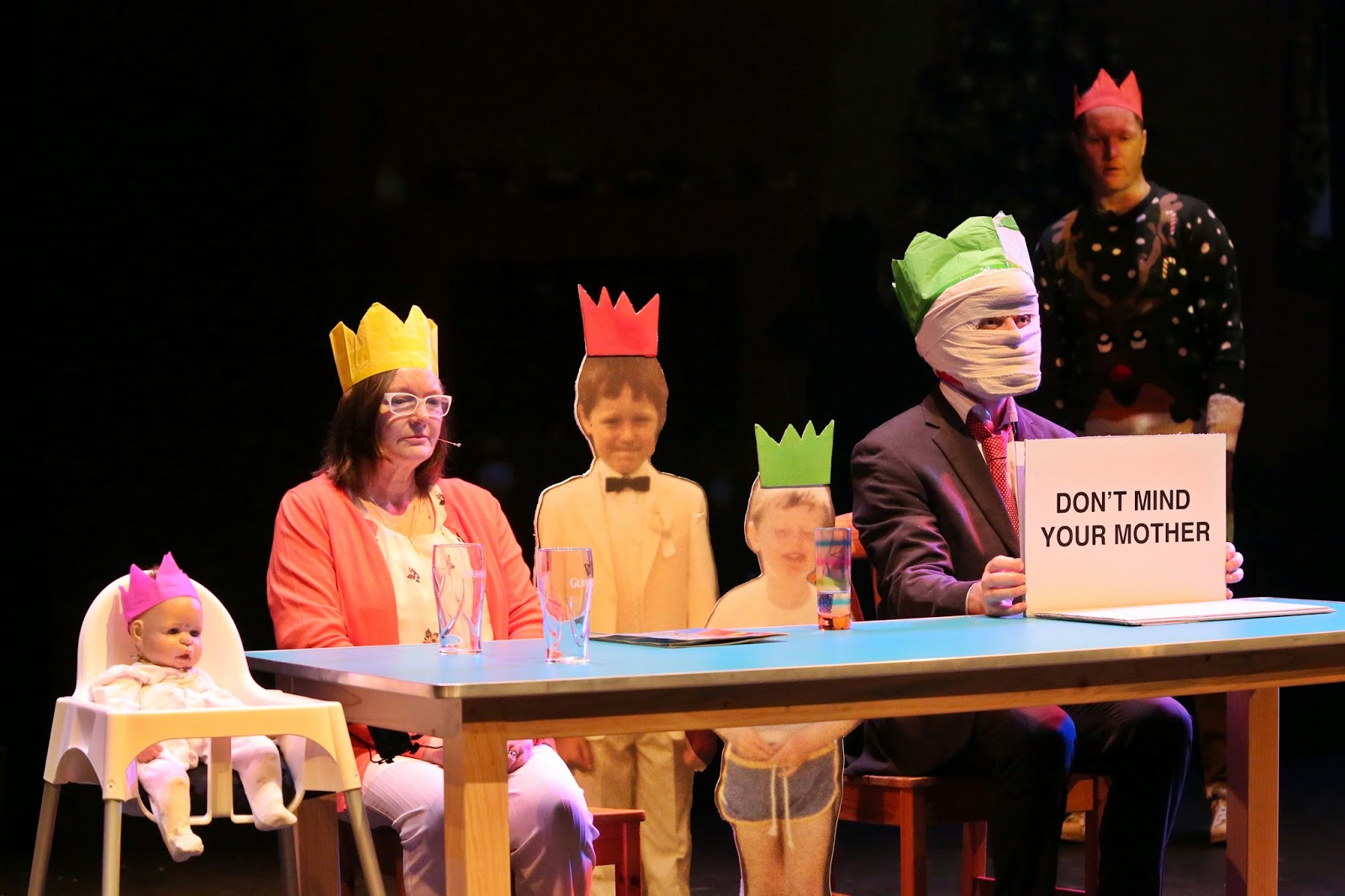 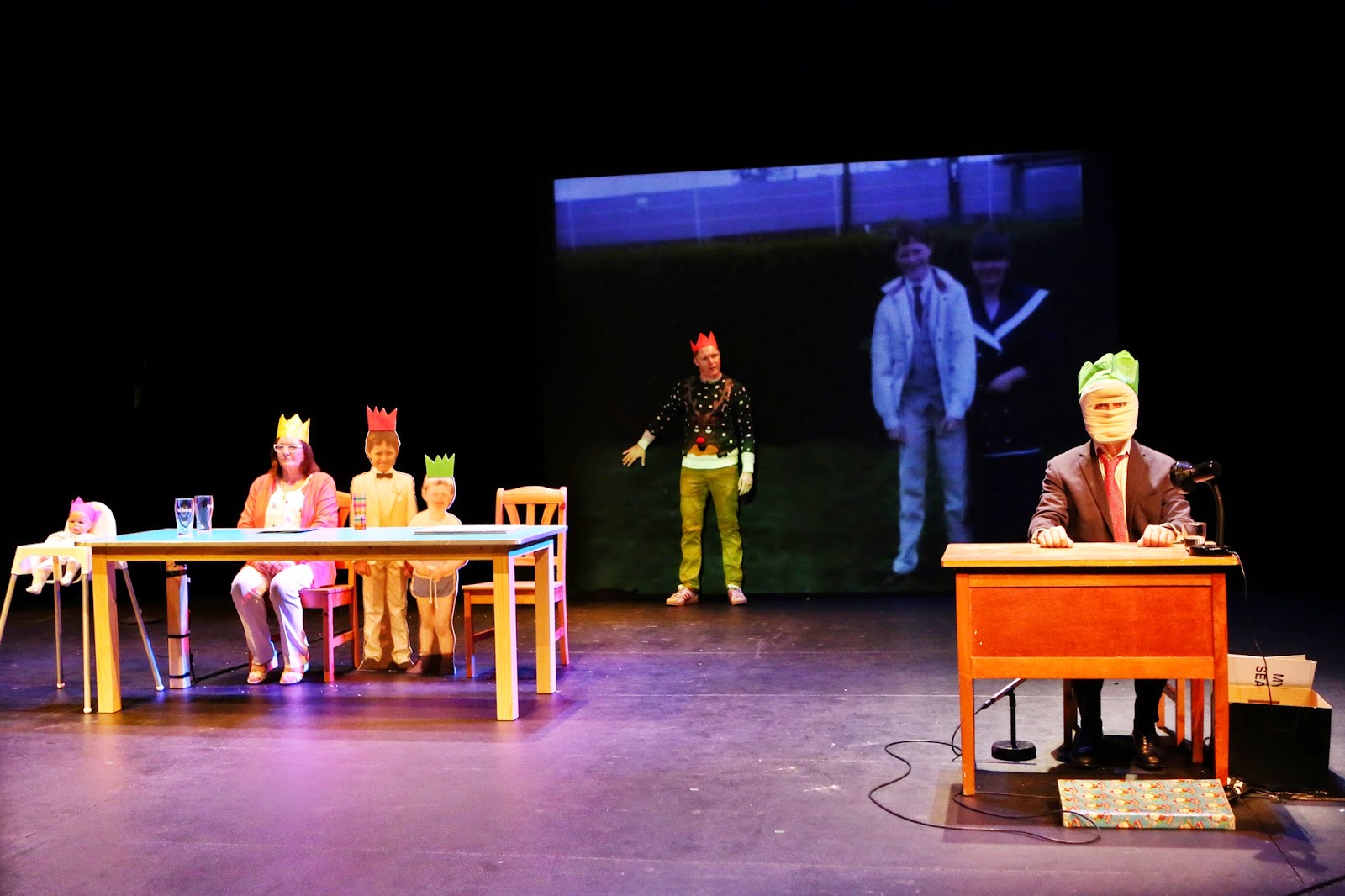 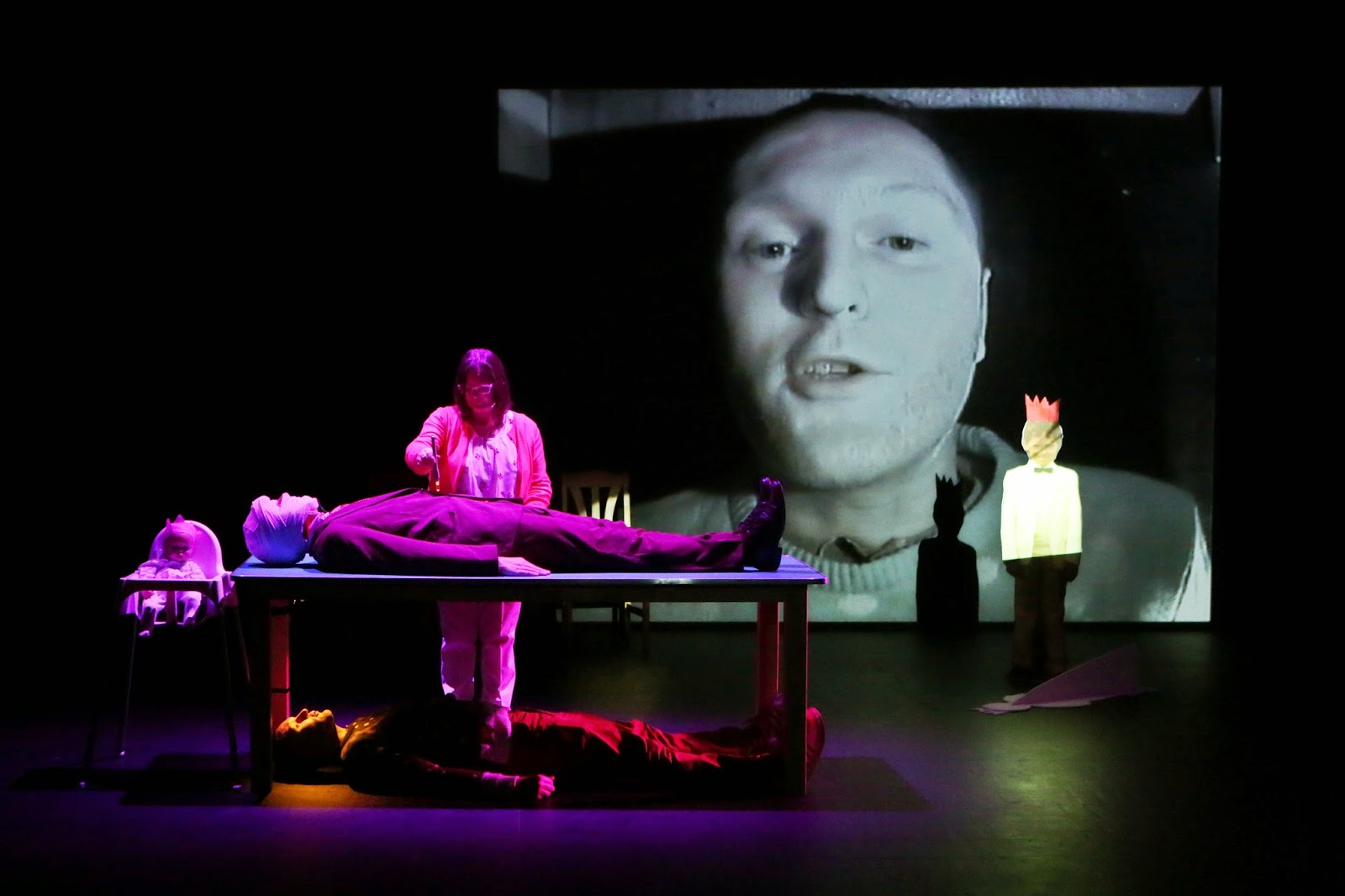 Posted by Canberra Critics Circle at 12:21 AM