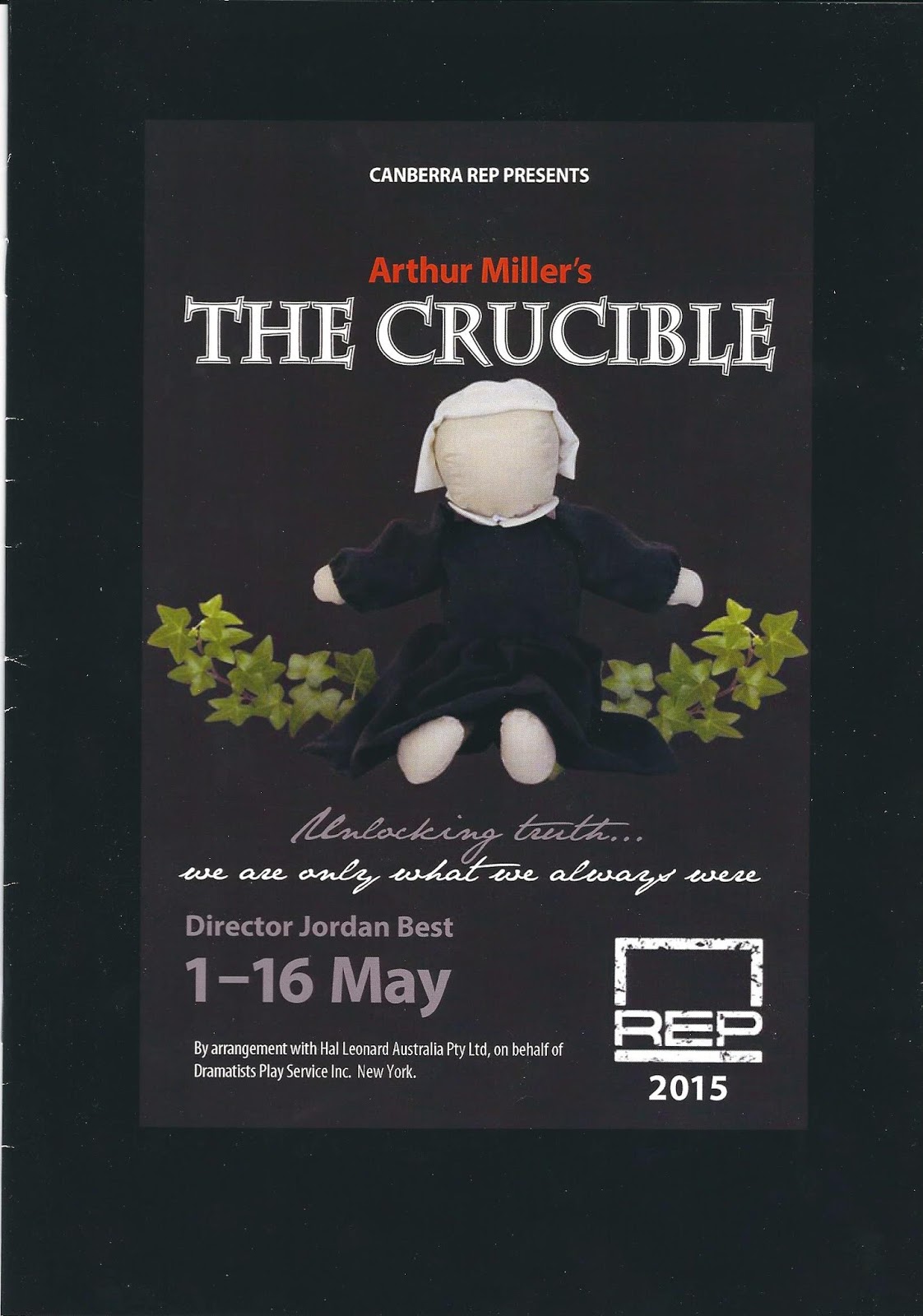 Written by Arthur Miller
Directed by Jordan Best
Canberra Rep at Theatre 3, until May 16.

Arthur Miller’s 1953 play, ‘The Crucible’, dramatized the Salem Witch Trials in Massachusetts in the late 17th century and was written as a pointed allegory of the 1950s McCarthy communist hearings in the United States.  Recent events in Indonesia come to mind, too, while you’re watching this play, such is its power.

A starkly beautiful forest set by Michael Sparks spectacularly uses the entire width of the Theatre 3 stage and the beautiful lighting design by Kelly McGannon enhances the forest and gives it an extra depth.  The action of the play is focussed in a small central playing area.  The surrounding trees create a strangely claustrophobic effect which adds to the intense feelings displayed in the play.

The large cast all give very strong performances.  In a carefully controlled performance, Duncan Ley as John Proctor is excellent.  Lexi Sekuless gives a moving and very believable performance as his wife.  Yanina Clifton as Mary Warren displays an impressive depth of feeling in her hysterical scenes and Mark Bunnett plays Judge Danforth with an iciness that is frighteningly effective.

Director, Jordan Best, has produced an absorbing version of the play.  The addition of the group of hysterical women gives the play an added sense of the community affected by the events of the play and extra depth to the highly emotional scenes.  The dialogue is paced very well, keeping your attention focussed throughout.  It’s so well done that you won’t be aware that the four act play with only one interval is quite long.

The director states in the program that this is a play about life and not about accents or costumes.  However, the costumes from various periods and the different regional accents used by the cast created an unwelcome distraction.

This is a strong production of a play that still has the power to speak to today’s audiences.

Originally published in Canberra City News digital edition 2 May 2015 and broadcast on Bill Stephens’ ‘Dress Circle’ program on Artsound FM from 5pm 3 May 2015.