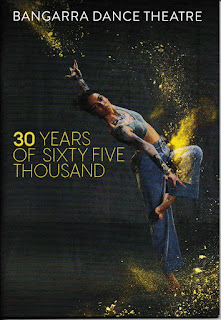 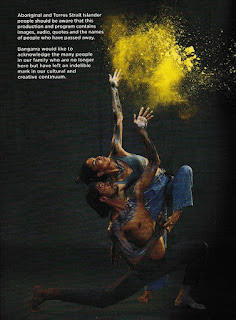 Bangarra has made a celebration of their first thirty years into an inspiring work in three parts.  Stephen Page makes two crucial points, quoted by Andrew Brown (Canberra Times 19 July 2019):  “…we’re not art for art’s sake”; “we wanted to have strong pieces that show the spirit of character of the company.”

And what a positive spirit that is in these young First Australians, going forward, in the context of the political culture of our ‘elders’ among Second Australians going backwards.  Bangarra’s work is art for all our sakes,  demonstrating and engaging us in an ancient ideal – unity in diversity.

We explore the philosophical thoughts of David Unaipon of the Ngarrindjeri people.  Featured on our $50 note, son of James and Nymbulda Ngunaitponi (Anglicised as Unaipon), born at Macleay Point near Tailem Bend on the Murray River as it turns towards the Coorong, in 1872, Unaipon was the antithesis of the common belief among colonial Australians that the Aboriginal race would soon die out.  He treated his traditional religious beliefs as equivalent to the Christianity of his mission education, saying "...in Christ Jesus colour and racial distinctions disappear..."; he was a ‘deputationer’ for the Aborigines’ Friends’ Association, set up in South Australia in 1858 and still active until 2001, seeking self-determination for his people; and continued to work on his inventions, especially of devices based on centrifugal rotary motion, until his death in 1967.

In dance, Unaipon’s words and the sounds of both his mechanical and bush environments provide the spirit of movement integrating the old and the new, the traditional style with modern, representing the reconciliation of cultures that his life was all about.

This work is Part One of a great work in three parts.  It introduces us to unity in practice, though if we know the detail we can find at https://en.wikipedia.org/wiki/David_Unaipon , we should remember that he was never able to afford to get any of his provisional patents fully patented, so never received financial return even for his main invention which became “the basis of modern mechanical sheep shears” from 1910.

Part Two, Stamping Ground, takes us to Groote Eylandt, the big island ironically named by the Dutchman Abel Tasman 375 years ago in 1644.  The irony is that Jiří Kylián, though not Dutch himself, visited the Warnindhilyagwa people in 1980, observed their dancing, made a video – part of which we viewed to introduce Stamping Ground – and then made his own dance with the Nederlands Danstheater.  He made it clear his work was not imitative because that would be to appropriate dance that belonged to the Warnindhilyagwa.  He was so affected – ‘overwhelmed’ he said – by their dance that he created his own from his inspiration in response.  This work was first performed in Europe in 1983.

Now it is the first work by a non-Indigenous choreographer presented by Bangarra’s all-Indigenous company. This has taken Bangarra to a new stage of its spiritual life, linking together through Kylián the oldest continuing culture in the world with, we could say, the youngest – 65,000 years old (might be still contentious but certainly 50,000) with, we might say, 400 back to Tasman, or 2500 back to the time of Ancient Greek theatre.

The performance of Stamping Ground was fascinating for the quality of the dancing, but as well to see the differences between and the points of blending with the traditional dance movements we had seen in the video as the Bangarra dancers took hold of modern European culture.

Then Part Three, To Make Fire, put together as an ongoing story of ‘memorable moments’ from Bangarra’s performing history covering many cultures from different parts of the country. Beginning with scenes from Mathinna of the adoption in Tasmania of the young girl Lowreene by the Governor John Franklin and his wife Jane in 1837 (Muttonbird, People, Adoption), the story moved to the Torres Strait Islands people and their spirits for the four winds Zey, Kuki, Naygay and Sager.  Clan provided a conclusion with aspects of cultural life now in Dots, Wiradjuri, Young Man, Promise, and the full company performing Hope.

One might imagine such an apparently disparate array of episodes might seem disjointed, but absolutely not so.  Stephen Page has made a new work out of old, a work which is art in its own right, yet is not art just for art’s sake; a work with tremendous spirit, positive promise and hope.

Bangarra looks forward, never backward – and I can only hope that now that we have significant Indigenous people in the Australian Parliament – Minister for Indigenous Australians, Ken Wyatt, Shadow Minister Linda Burney and Senator Patrick Dodson – that the cultural strength of Bangarra becomes the underpinning it deserves to be for reconciliation and full recognition of the First Peoples of Australia by the Second and the many more recent Peoples, including me, who make up my country today. 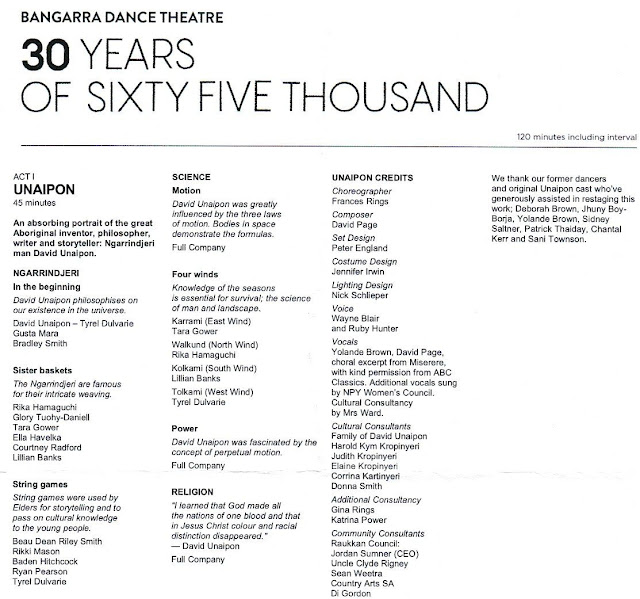 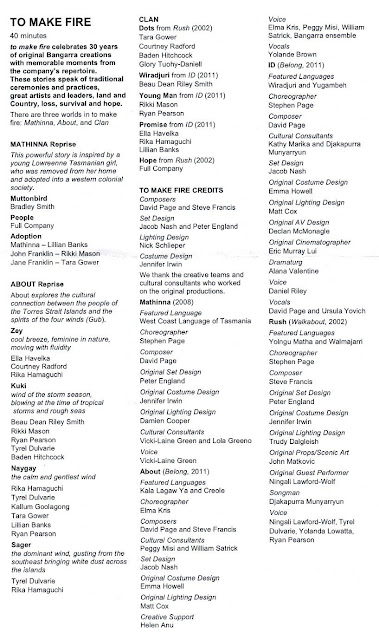 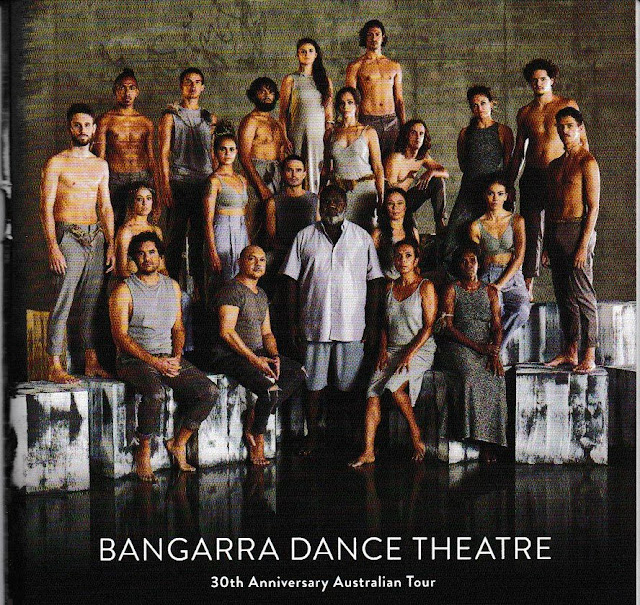