Girl From The North Country 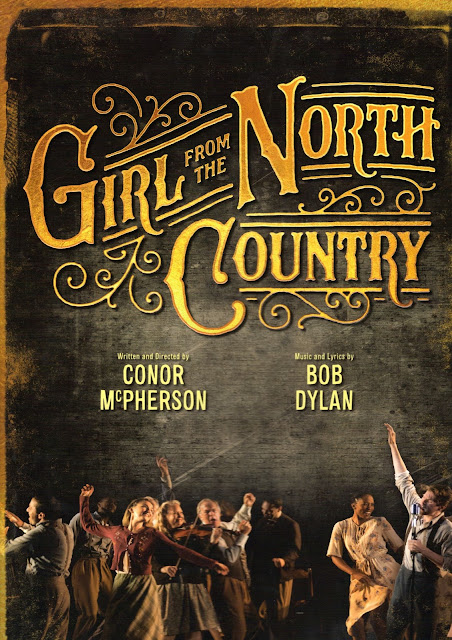 Girl From The North Country is about failure – economic failure; failure to find love (Mr Perry, Joe Scott, the Laine family and Mrs Burke at least); social collapse.  The play has no plot because when “The Depression grabbed hold of Minnesota” the people’s lives, as presented by Conor McPherson, had nowhere to go “Like a Rolling Stone”.

There is a beginning as Nick Laine offers rooms; and an end as people who stayed there had no choice but to move on – without the money to pay Nick.  According to Dr Walker, the narrator of these sad times, Nick and his demented wife Elizabeth themselves left Minnesota as the bank foreclosed on their house.

The structure of the play is actually rather like Bertolt Brecht’s Mother Courage and her Children.  Episodes are interrupted by songs, which, often in an oblique way, reflect on social, even political, life.  Here, though, characters sing songs by Bob Dylan as if still in role in the American Musical tradition.  The distancing effect is rather less, then, than the estrangement effect (Verfremdungseffekt or V-Effekt) in Brecht’s work.

In addition the movement choreography and dance sequences (highly original and performed by the whole cast with great flair) become fascinating entertainment in their own right.

So I find myself in two minds about the purpose of Girl From The North Country.  Am I to become empathetically engaged in the dreadful state of the lives of these people; or am I to take Bob Dylan’s songs as the focus for the criticism of American life, in the rather dry, almost cynical mood that I remember so well from his early songs when still in his acoustic folk-scene stage?

Though I marvel at the quality of the acting, singing, music performance and strength of theatre design, my two minds remain divergent rather than finding a composite resolution which might turn this ‘Art Musical’ into a great and powerful work of art.  I note that Conor McPherson began writing “I’m thinking of an expansive Eugene O’Neill type play with Bob Dylan’s love songs intertwined”.  A great idea I think, but I have to say in return that Girl From The North Country is no match for Mourning Becomes Electra. 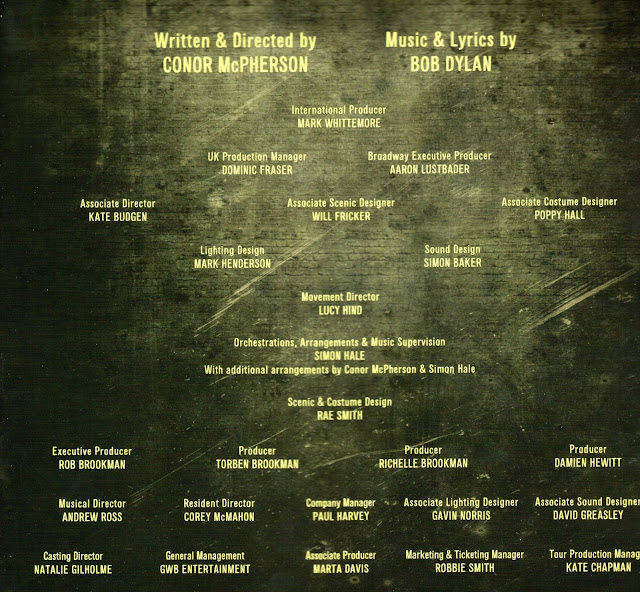 Posted by Canberra Critics Circle at 1:23 AM