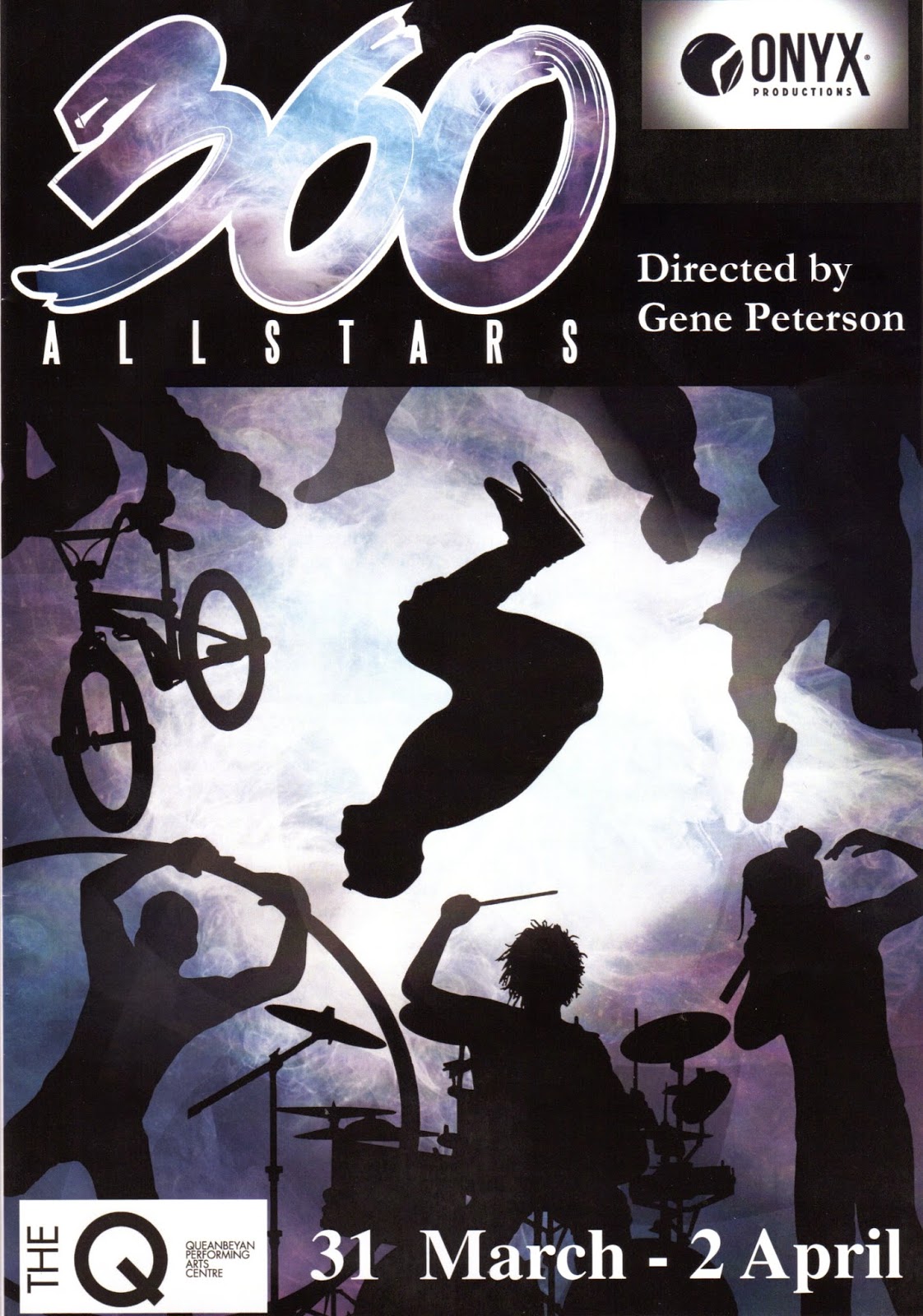 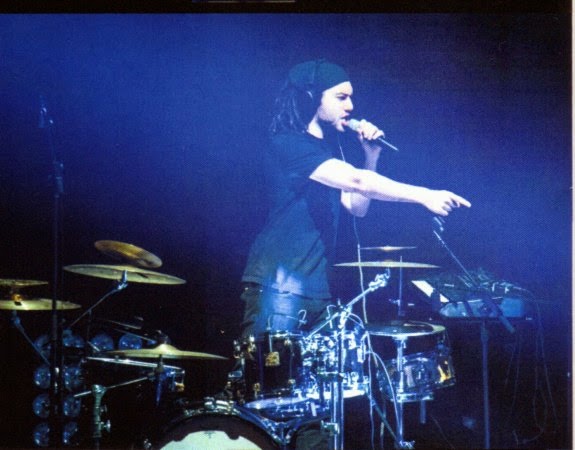 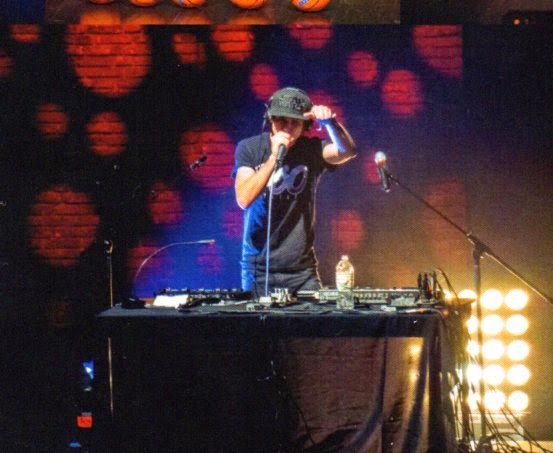 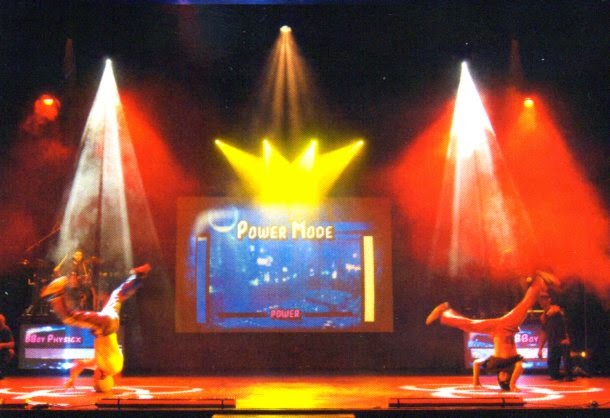 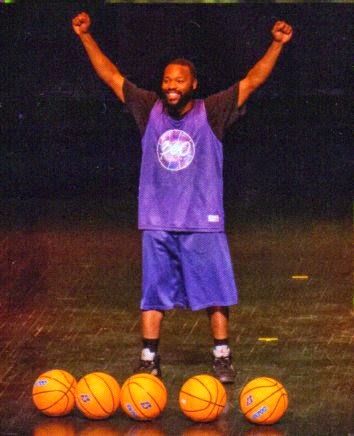 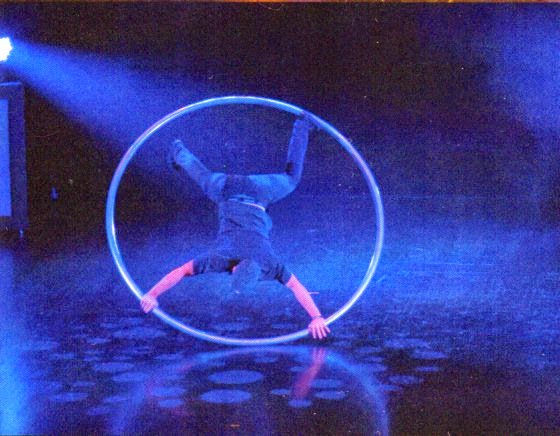 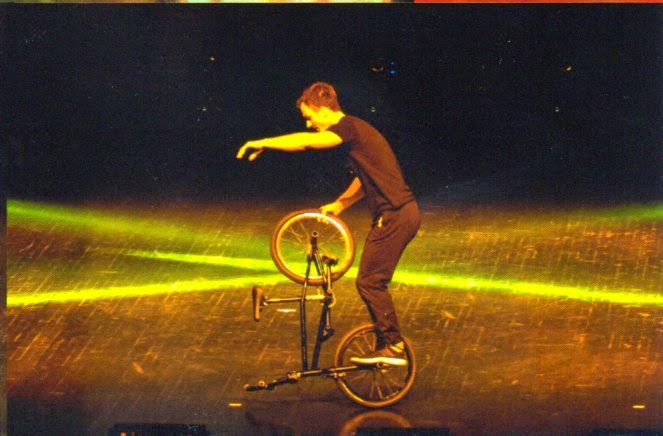 High-energy circus is brought up to date in surround-sound hip-hop vocal loop beatboxing and drumming.  The show is entertainment for entertainment’s sake.  It’s about showing off physical and electronic skills, just like circus in the old days – gymnastics on the floor, on horseback and on the flying trapeze.

But where the traditional circus went from oompah brass bands to the famous jazz clarinet playing clowns in the 20th Century, now the whole show rocks to the boombox beat in the rhythm of hip-hop and rap.

Peter Sore, balancing and spinning (himself and the bike), reminded me of the old clowns who used ordinary street bicycles, and his performance was well up to the traditional standard.

The B-Boys Leerock and Kareem have turned the break dance of Harlem and the Bronx into an athletic maelstrom of movement. [see http://www.globaldarkness.com/articles/history%20of%20breaking.htm for the history]

A different sort of B-Boy (B for Basketball) is the juggler, Rashaun Daniels, who could spin one ball on top of another, all on one finger, as well as juggling four basketballs – and just managed five!

Possibly the most artistic work came from Rhys Miller on the full-size ring – the Roue (wheel) Cyr (named after Daniel Cyr in 2003, who presented the first cyr wheel circus act at the 2003 Festival Mondial du Cirque de Demain in Paris). [http://en.wikipedia.org/wiki/Cyr_wheel]

The Ringmasters who keep the whole show moving do not have whips and trained elephants and lions – just Gene Peterson’s massive drum kit and Sam Perry’s control board, both rapping away on their mics.  Perry even managed to make an educational demonstration of his equipment become melded into the show.  It was, in fact, highly informative to see how the loop which repeats a vocalisation can be held in place while more loops are built around the original until a complete orchestra fills the theatre – all made up of vocalised bleeps, pops and hisses (and with a video behind, all going in time together).

The days when I first walked on (very low) stilts made by my elder brother, and balanced a broomstick on my chin, while spinning lasso ropes in the garage certainly seem a very long way in the past.  But essentially each of these performers began in much the same way as me.  Except that they’ve gone on to win world championships and present professional shows like 360 Allstars.

And may they go on to higher things, say I. 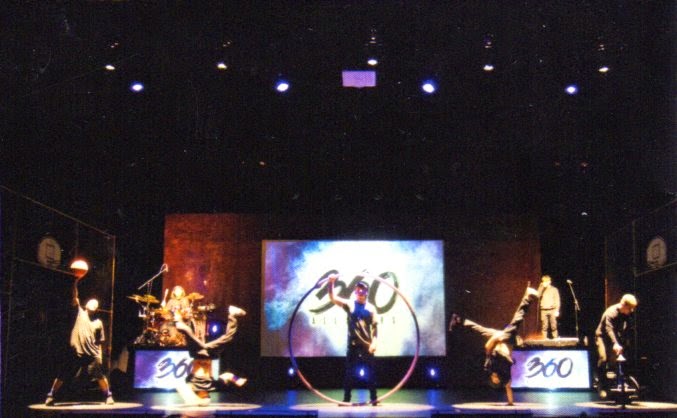