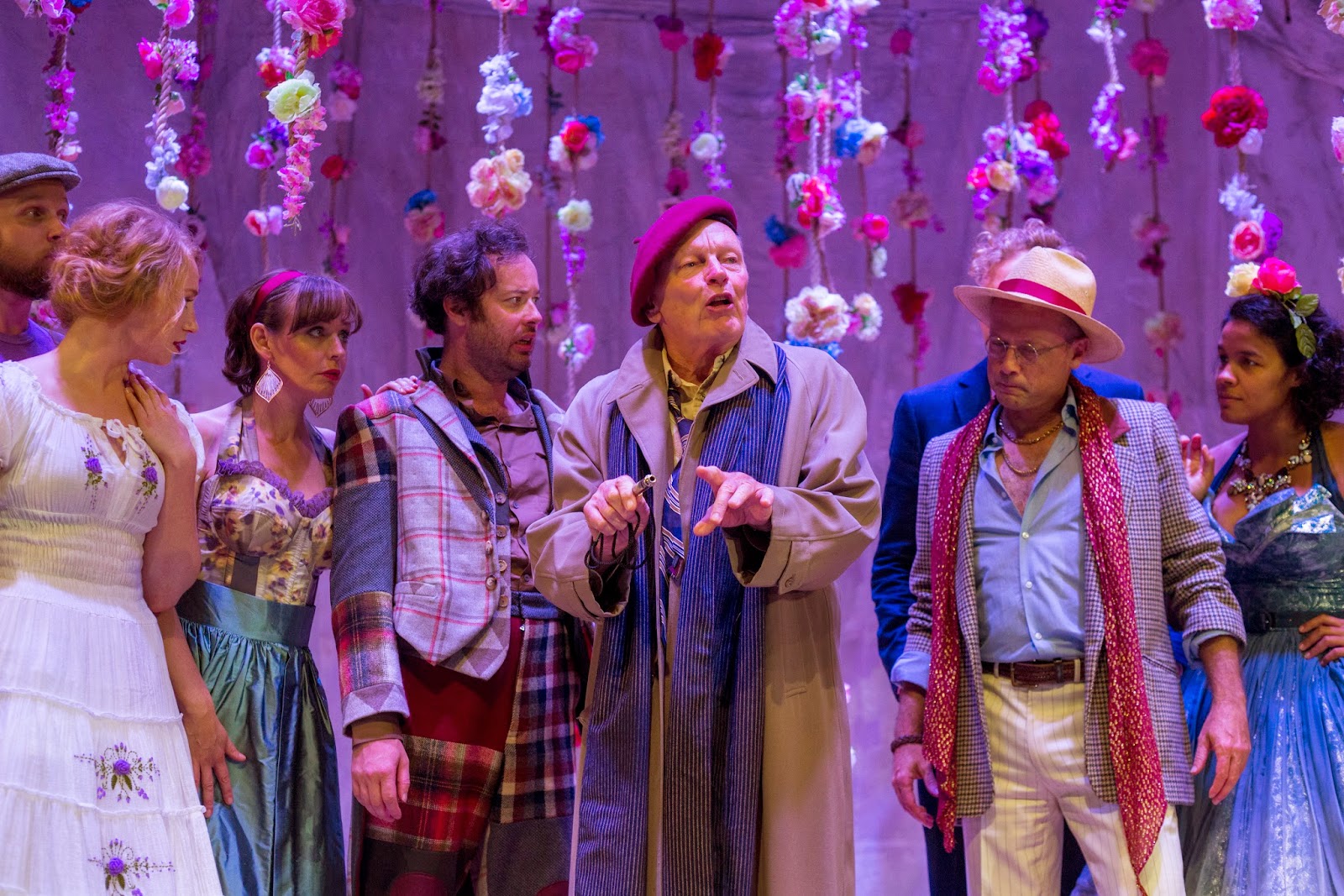 All photos by Rush

As I liked it very much indeed.  There’s less to write about when there’s little to complain about.  Mind you, I suppose I could take a leaf out of Jaques’ ever-present notebook and do a grumpy philosophical filibuster.

John Bell could make such speechifying enjoyable, and then made Jaques’ personality come fully to life with his sly laughs in recognition, especially in Zahra Newman’s Rosalind, of a mind to match his own.  For me this was a significant achievement of Peter Evans’ directing.  I had not seen the strength and depth of Rosalind’s character before, and the fact that she is a woman of intellect beyond all of the men except Jaques, equivalent to all those other Shakespearean women like Portia, Kate, Beatrice and even the ever-so-young Juliet.

No wonder Zahra had such a good time playing Rosalind, with wonderful team work with Kelly Paterniti as Celia.  Now it’s clear why Rosalind is so good at (and is the only one capable of) getting everything properly organised for the mass weddings.  And then, what an ending!  I had not realised before that it is Rosalind who speaks the epilogue.  I wondered, did Peter have Zahra do it to make a modern point about the role of women?  But no – there it is in Shakespeare’s script:

Ros.  It is not the fashion to see the lady the epilogue....

Once again Shakespeare takes me by surprise and shakes common sense into me.  And thanks indeed to a company who have understood how to make Shakespeare’s play still do this after more than 400 years.

Taking the play far away from ‘naturalism’ into a kind of nether world was a brilliant way to do it.  The set design was both beautiful in an idiosyncratic way and weirdly fantastic.  I kept being reminded of The Tempest on its magical island: here was the younger Shakespeare’s absurdist comedy in the forest, isolated from conventions, where Rosalind plays on the heart and intellectual strings – a precursor to Prospero.

I’ve said enough, I think.  It’s time for me to quietly depart the scene, like Jaques, not a grumpy critic any more but with a satisfying little smile to myself.  A nice way to exit, for me, for Jaques, and for John Bell.


Posted by Canberra Critics Circle at 1:13 AM