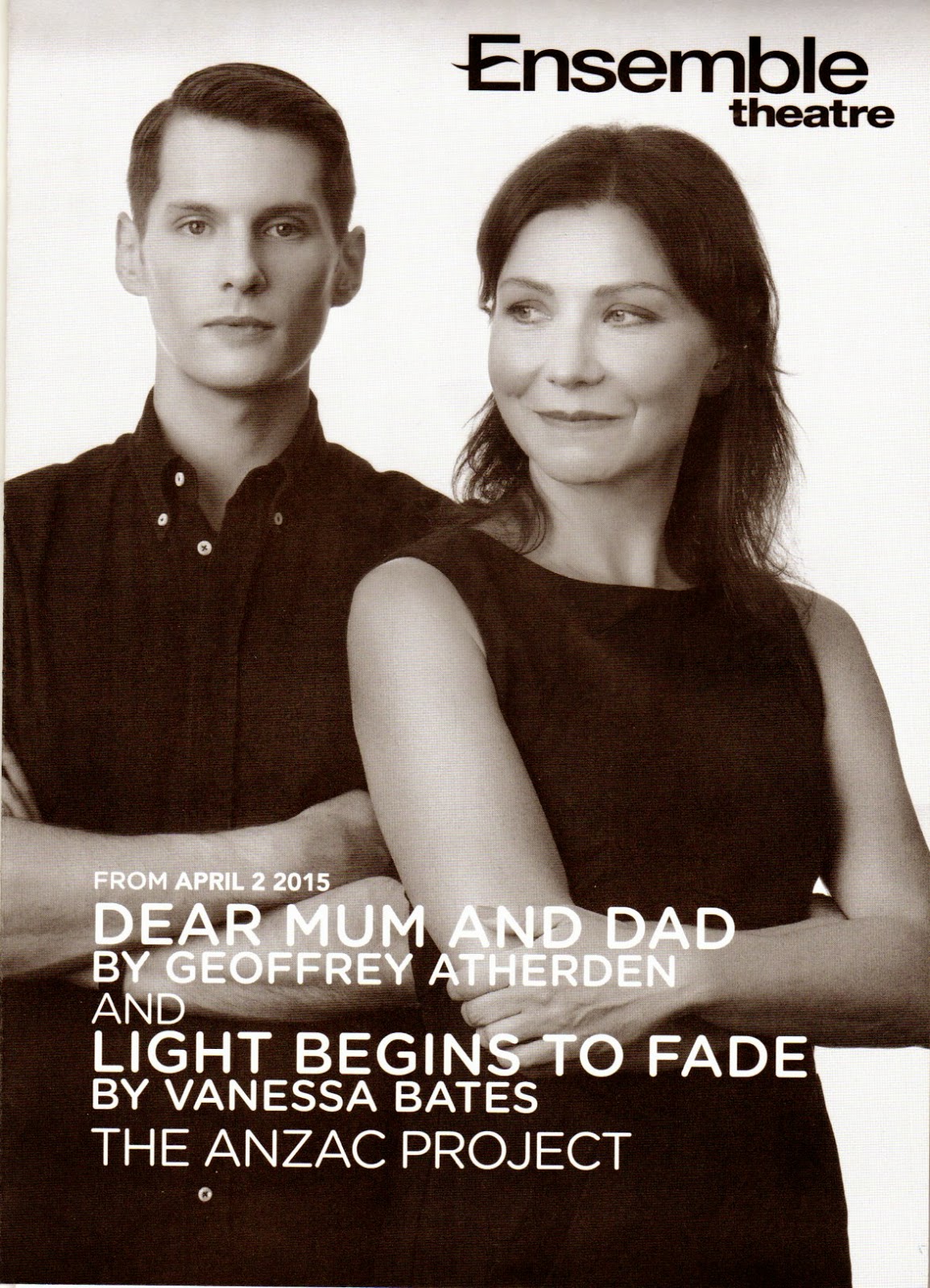 The Anzac Project: Dear Mum and Dad by Geoffrey Atherden and The Light Begins to Fade by Vanessa Bates.  Commissioned by The Ensemble Theatre, Sydney, to commemorate 100 years since the Anzacs landed at Gallipoli.  Directed by Mark Kilmurry; lighting by Verity Hampson; sound by Daryl Wallis.  At The Ensemble, Kirribilli, Sydney April 9 – May 10, 2015.

The two one-act plays form a satisfying evening’s theatre, each taking a similar approach to the Project by looking back at the Gallipoli event through the eyes of 2015 characters.  The quality of the acting may be taken as read, of course, with such a strong team at work.

In Dear Mum and Dad a modern couple wonder what to do with the contents of a black tin box, exactly like the one in my house, which contains stuff from the past, including the letter which begins “Dear Mum and Dad” and war medals.  Are the medals worth selling?  Should they toss the box out, assuming that when they die their children will not want to keep their old stuff?

The Light Begins to Fade has a different scenario: four TV writers are trying to come up with ideas for a special on Gallipoli.  Between their ideas sessions, scenes appear.  In effect we end up seeing something of the documentary they envisage.

The two plays, for me, made different impacts which concern what I would call ‘emotional distance’.  I think I would have presented Bates’ play as the first half of the program, and Atherden’s second.

The device of the four writers struggling with ideas and their bits and pieces of understanding often created laughter, and their sessions in between scenes re-enacting elements of the Gallipoli experience, kept us at a considerable distance emotionally.  The piece is almost like an example of theatre-in-education, which keeps the audience safe from too much engagement.  This is not to condemn the play, but to say that it is a good way in to the issue of commemoration, and provides those in the audience who may not know much about what really happened (like these TV writers) a better knowledge and understanding of the truth.  The mimed enactment of the soldiers having to keep rowing ashore even while their mates were being killed around them was a good example.  Though the mime was an obvious theatrical device, the message was made clear.  The soldiers may have gone with enthusiasm for the ‘glory’ of war, but the reality was gory, not glorious.  The men had no choice but to be heroes, whether they lived or died.

All photos by Clare Hawley 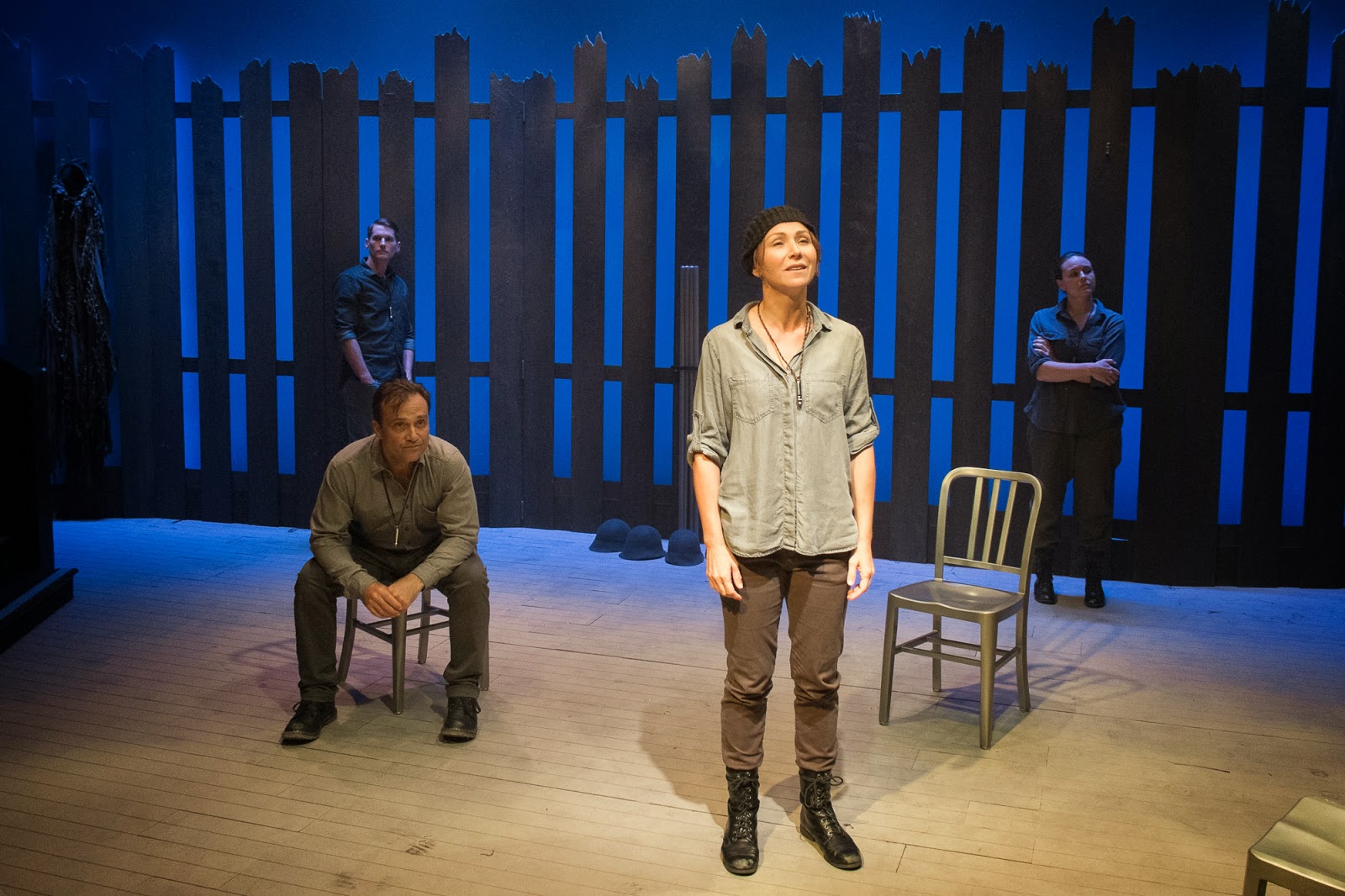 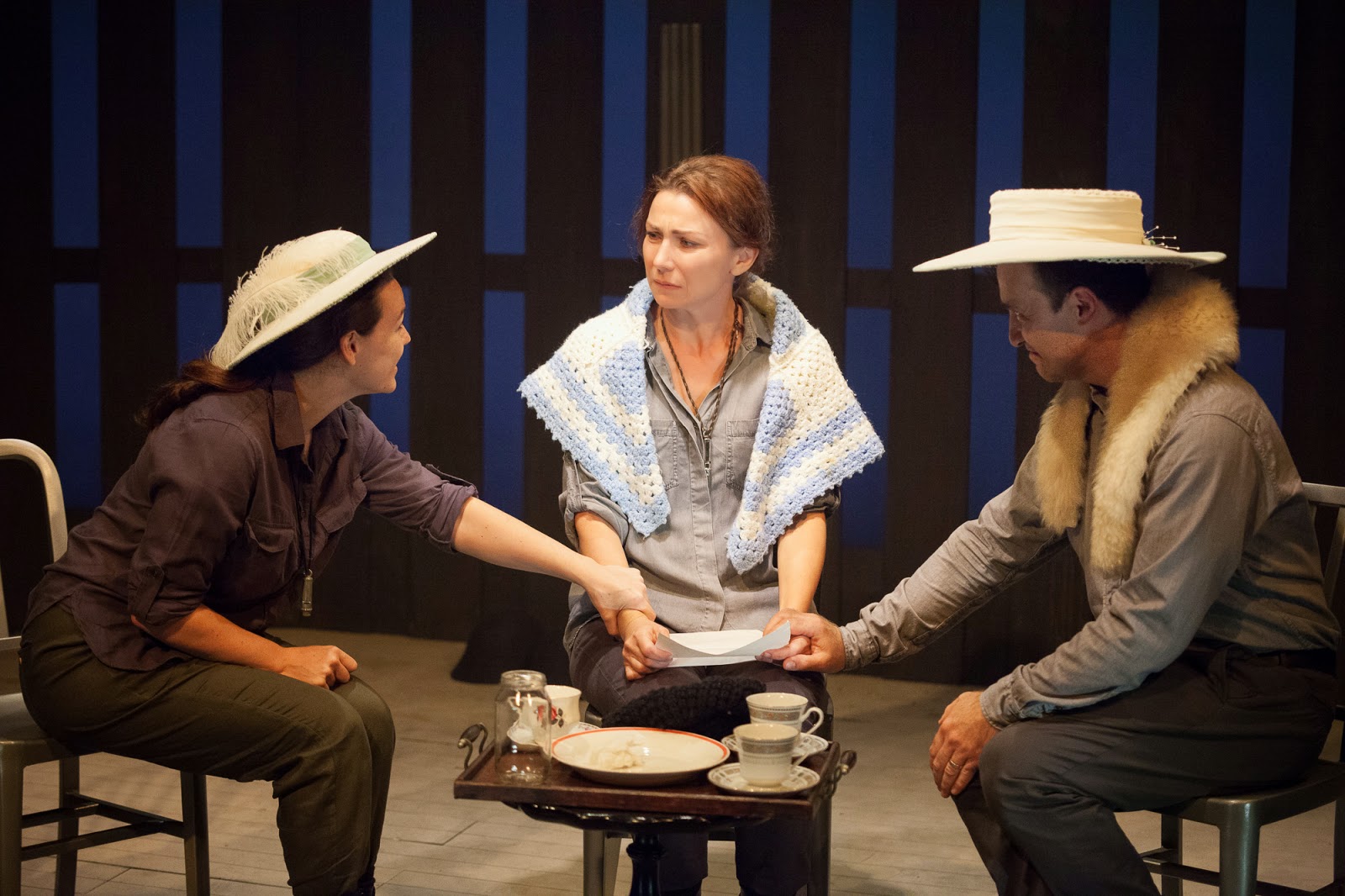 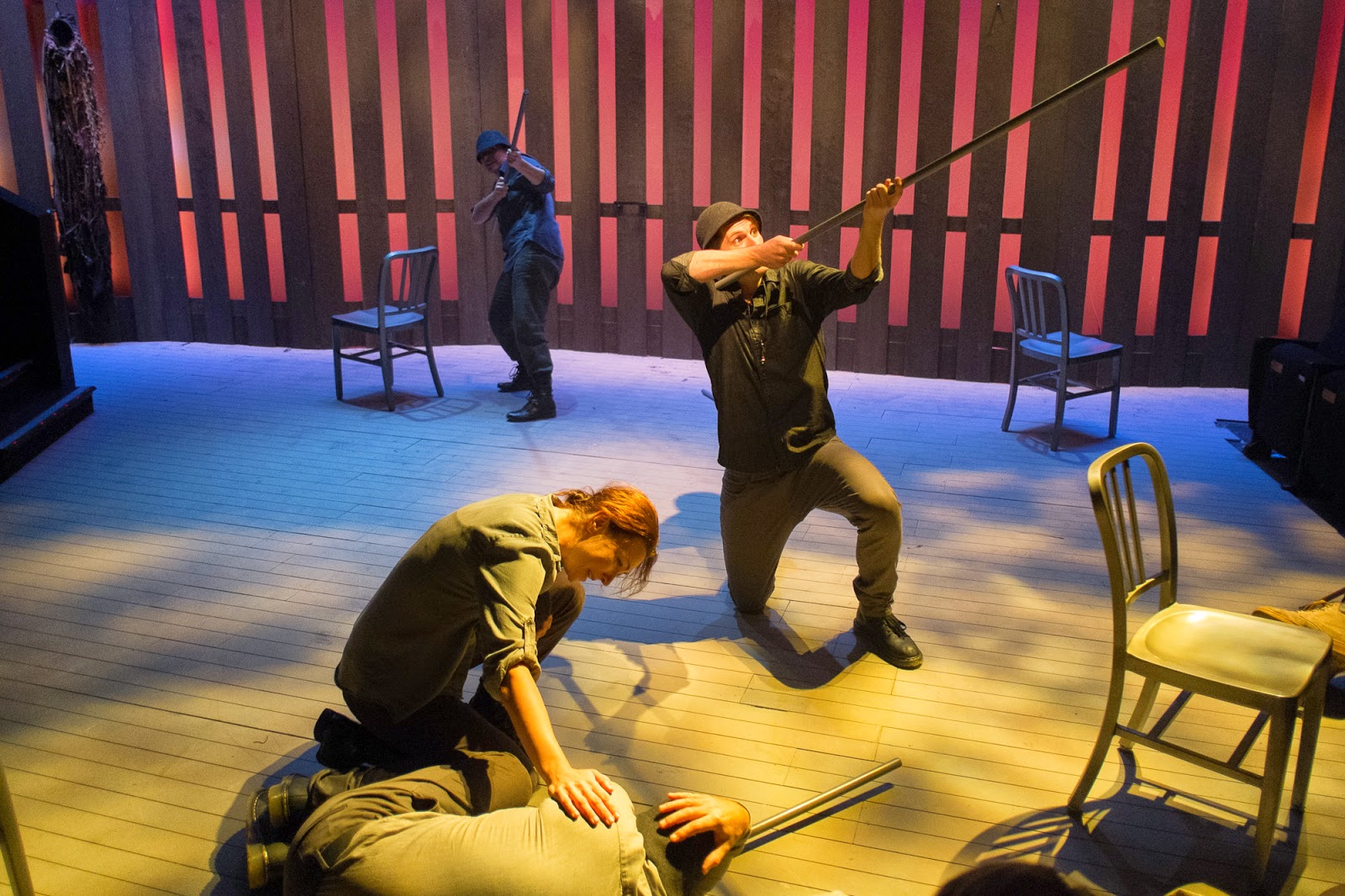 Scenes from The Light Begins to Fade


An interval after this might have meant people discussing what The Light Begins to Fade had told them – or they might have identified with the humour arising from the writers’ concerns about their next cup of coffee, not forgetting the one who preferred chai but who missed out.  Chai was a bit too far out for the coffee drinkers!

Then I think, to come to Dear Mum and Dad would have moved people’s feelings about what the other play had told.  The story behind the letter and medals, about Holly’s great granddad Bert, is revealed essentially through the hallucinations, flashbacks and emotional connections that draw us in to the soldier’s experience – on the farm at home, as a child relating to his mother, and to his father as an older lad, the decision to follow his brothers to the front, his injury and final evacuation as the withdrawal was ordered, his relationship with his nurse who writes the letter for him, and his life later with shell shock.  The interweaving of the past and the present cleverly conflates memories and reality in a way which makes our emotional distance close as we identify with the modern couple and their soldier ancestor. 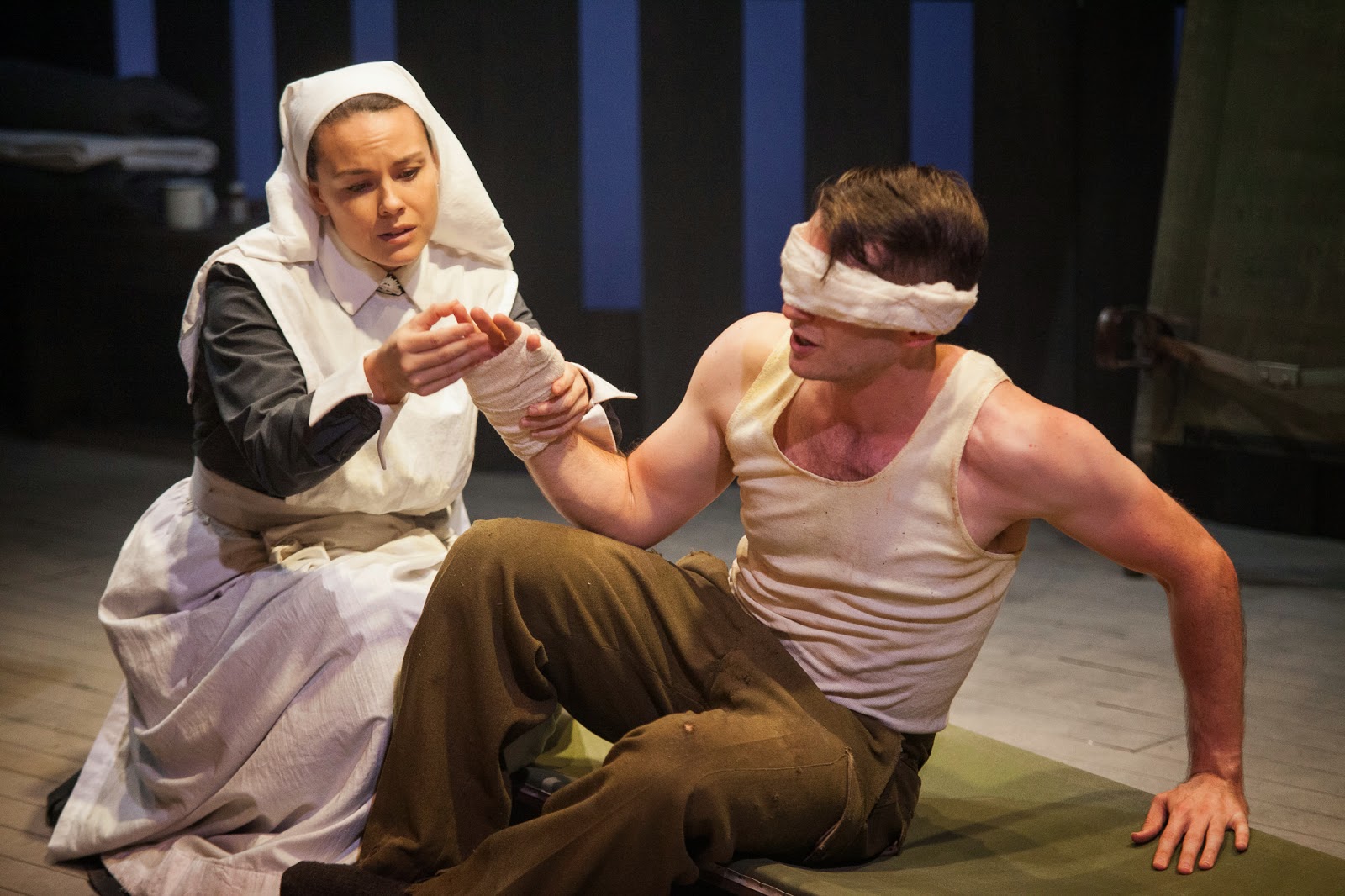 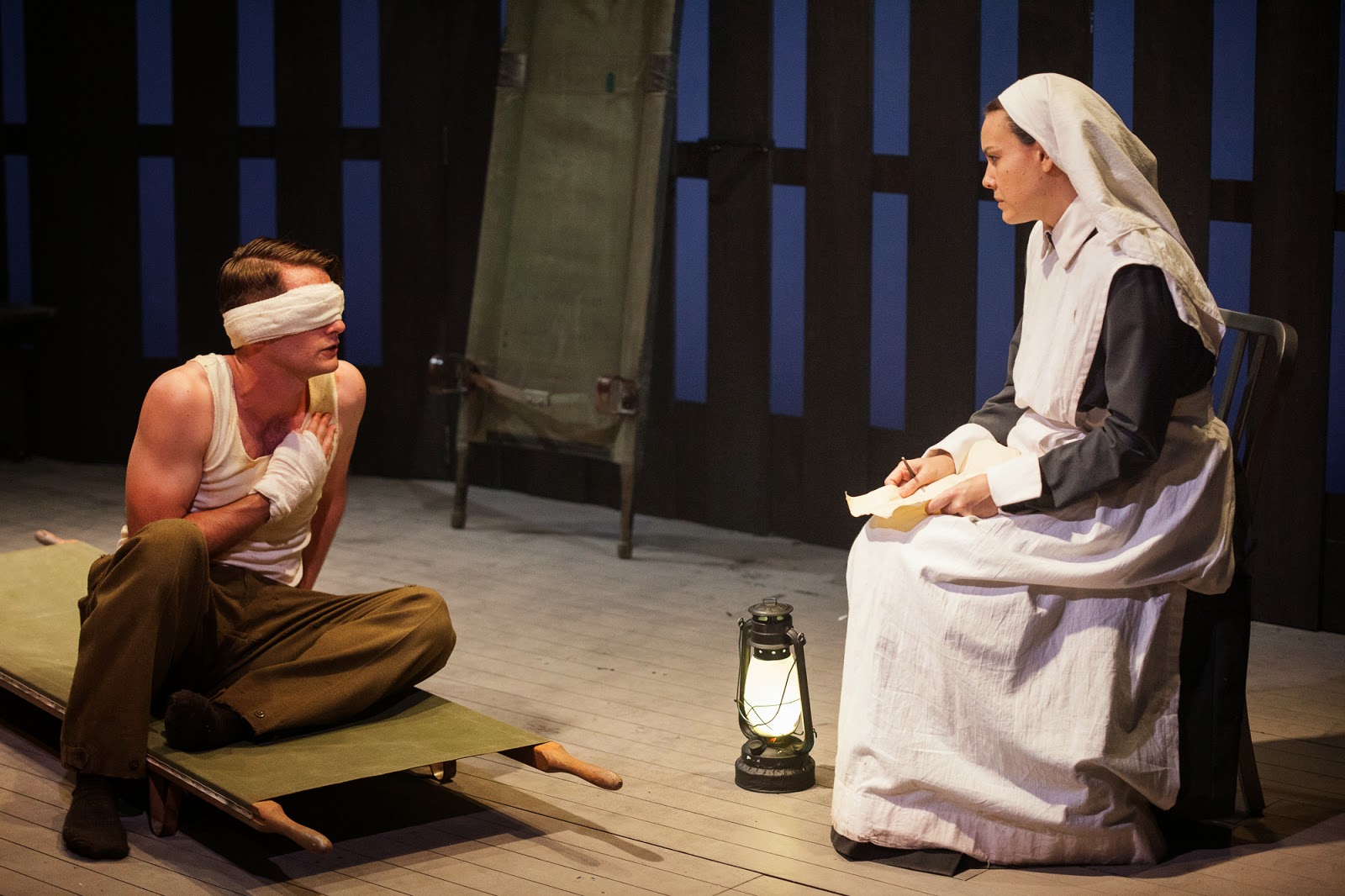 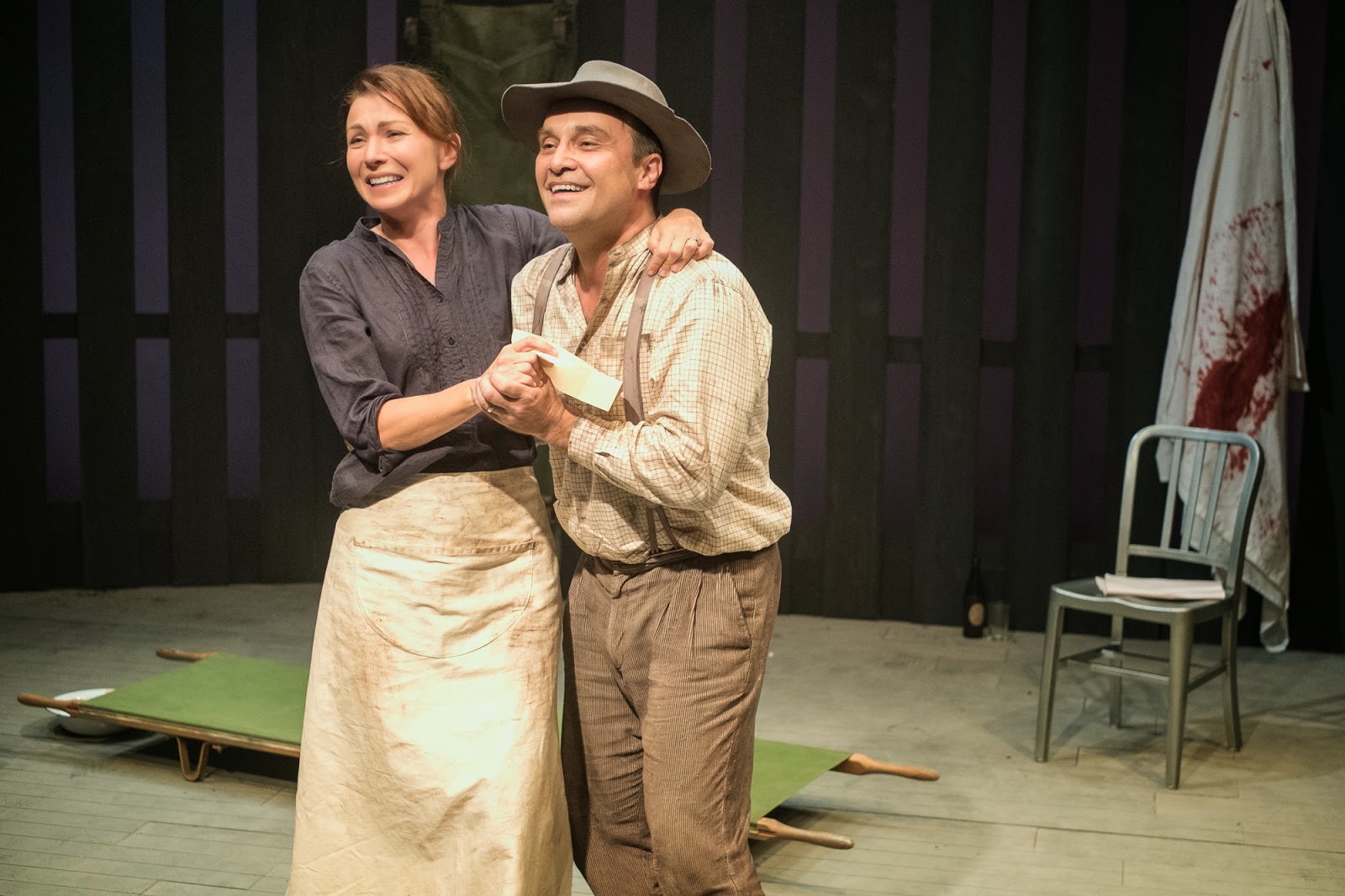 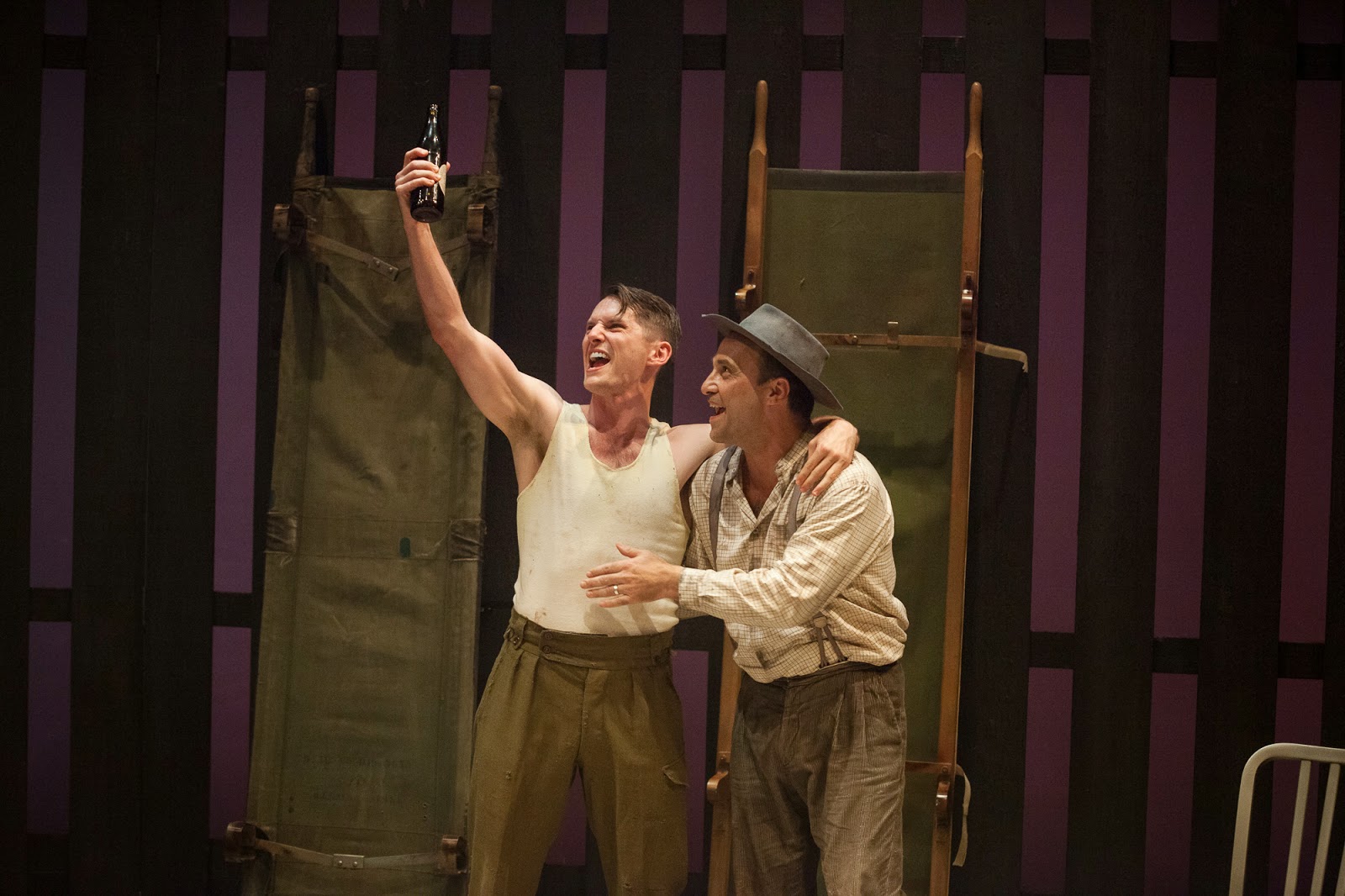 Scenes from Dear Mum and Dad

I think presenting the plays in this order would deepen the audience’s understanding and appreciation of what the Gallipoli soldiers experienced as the evening goes on, and therefore commemorate their sacrifice, and that of those left at home in Australia, more powerfully than in the order I saw last night.

I have to explain, too, that my reaction is very much influenced by having recently reviewed a play which tops both of these for its emotional impact – Black Diggers (March 25, 2015).  These plays are about white diggers, with their own stories, and reach out to us over the century in a similar way.  If there is any value in this year’s commemorations, I think it is in the theatre where documentary material and artistic expression bring home the truths we need to feel, as well as know.