Now in its 56th year, the Cinecon Classic Film Festival is normally held every year in Hollywood, California on the USA’s Labour Day long weekend at the end of August/early September.  The screenings of rare and classic films take place at the legendary Egyptian Theatre in Hollywood.  It’s an opportunity to see films that are not generally available to the public.

In addition, surviving movie and television stars often attend and awards are presented.  It’s a great opportunity to have access to some of these famous people of the film world.  I attended two festivals in 2012 and 2013, meeting and chatting at length with, amongst others, Debbie Reynolds, Shirley Jones, Samantha Eggar, Pat Boone, child star of the 1930s Jane Withers, Barbara Hale of ‘Perry Mason’ fame and Baby Peggy from films in the 1920s.

This year, due to the restrictions caused by the Covid-19 virus, the annual event was not able to be held live and has been postponed until 2021. However, the organizers decided to hold a virtual show which they dubbed ‘Cineconline’, a three day ‘live’ streaming online edition of the Festival.  It ran from Thursday, September 3 through Saturday, September 5 and was accessible through Cinecon’s web page.

The three day program had a great mix of sound and silent films and shorts, including some rarely seen specialties, 2 films from archival nitrate material and a Kinecon at Cinecon program that featured television firsts of many stars from TV and film plus a special tribute to the late Carl Reiner.

With the time difference between west coast USA and Canberra, the program started here at 8am and presented over 4 hours of material each day.

The organization and presentation of this online festival by President of Cinecon, Stan Taffel, and his team was excellent.  There were no technical glitches throughout and I saw every item presented over the three days and enjoyed them all.  People interested in cinema history would, of course, get the most out of it, but there was so much there to amuse and enlighten even those unfamiliar with the past in film and television. 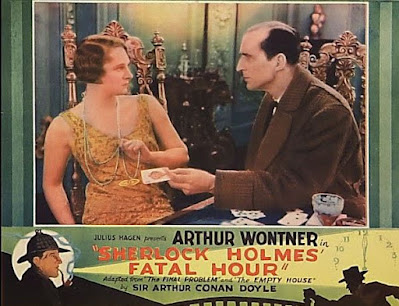 It was a great opportunity to see the feature film, ‘Without Pity’, a 1948 neo-realist Italian film with a story by a young Federico Fellini.  There was also the 1931 ‘Sherlock Holmes and the Fatal Hour’ with Arthur Wontner as the great detective and ‘Lorraine Of the Lions’, an absorbing and enjoyable ‘Jungle Book’ meets ‘King Kong’ silent drama from 1926. 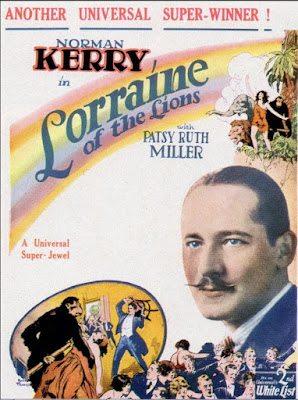 The treasure trove of other highlights included a delightful 1950s interview with early silent star, Chester Conklin, who started in films as one of Mack Sennett’s Keystone Kops from 1912.  There were also television documentary segments showing scenes of 1940s Hollywood as well as early comedy and singing performances on television variety shows by Sid Caesar, Dick Van Dyke, Carl Reiner and many others.

‘Cineconline’ was a huge success technically and the array of films presented made it an absorbing and very entertaining experience.  Now I’m itching to attend next year’s live Cinecon festival in Hollywood - if we can ever travel again.