A backstage pass to 70s and 80s pub rock sounds and scenes, this exhibition features works from the National Portrait Gallery collection alongside images by leading Australian music photographers. We are invited to celebrate pub rock and its enduring impact on our identity.

The photographers include Peter Brew-Bevan, Wendy McDougall, and Rennie Ellis, whose work I have long admired. Brew-Bevan’s portraits of famous Australians, such as Julia Gillard, Jane Campion, and Gough Whitlam, are fine works in the NPG collection. One on display here is an equally good study of Paul Kelly.

Ellis is also represented in the NPG collection with diverse images, some of which are on show here. They include his instantly recognised shot of Angus Young of AC/DC on stage in Los Angeles. For me, his monochrome portrait of Young with Bon Scott in an Atlanta, Georgia dressing room is a more interesting image. 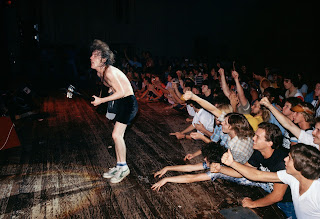 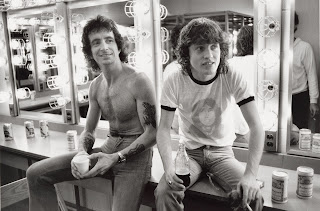 McDougall’s image of The Church is simply great. So too her image of Doc Neeson of the Angels. He is posing dramatically for her camera – or was he performing for her – in a corner.

Another exhibitor whose work I did not know so well is Bleddyn Butcher. This artist brings us an excellent image of Nick Cave and Rowland S. Howard (of The Birthday Party). 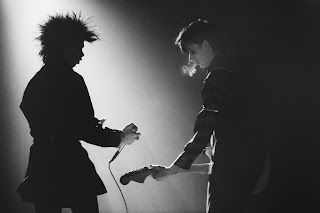 Nick Cave and Rowland S. Howard (of The Birthday Party) 1983 by Bleddyn Butcher

And there is a fine portrait of Archie Roach, by Bill McAuley. 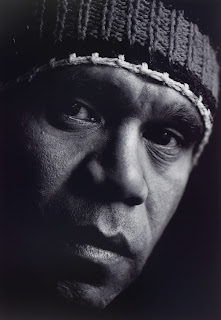 Perhaps the best-known shot is Lewis Morley’s of the nude Sherbet, from 1974. 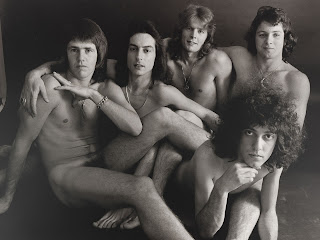 Or maybe it is Jimmy Barnes at The Coogee Bay Hotel, by Grant Matthews. 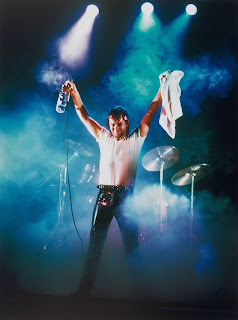 Or possibly the already mentioned Renee Ellis shot of Angus Young. Or Chrissy Amphlett in Sydney in 1988, by Stuart Spence? Many will recognise lots of the images. 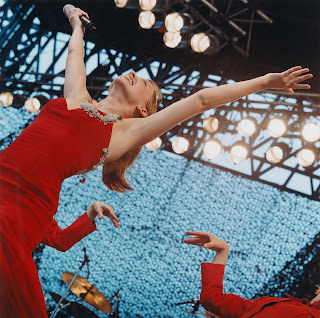 There are also portraits of rockers who were big outside of the 70s and 80s. For example, Johnny O’Keefe who amazed me in a capacity crowd at the Odeon Theatre in Goulburn in the late 50s. Sadly, that architectural and cultural treasure was demolished 40 years ago. But all present that night would have memories of the dust clouds raised when The Wild One scared us by intentionally “collapsing” and then laying prone on the floor for some minutes during his frantic performance.

Then there is an image of Col Joye taken in 1957 by Ern McQuillan - of interest to me as I recall seeing Joye perform in Queanbeyan around that time.

But, perhaps, the most interesting part of the exhibition for locals is Capital Cool - featuring a group of works by ‘pling, the late Canberra performance photographer, Kevin Prideaux. These include excellent portraits of Annalisse Morrow of The Numbers at the ANU Refectory, and Sharon O'Neill at the Hellenic Club. 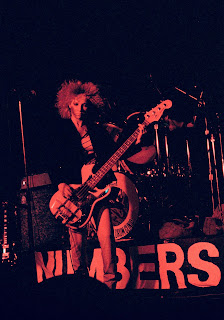 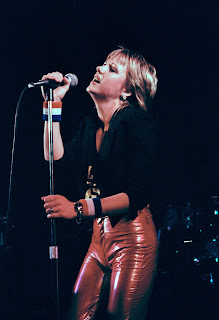 We can enjoy and reminisce about acts seen in other venues - the Captain Cook Uni Bar, The Jam Factory, the ANU Union, Kingston’s Boot and Flogger, the Ainslie Rex, CCAE, and the Kingo. From the punk energy of The Young Docteurs to the indie sound of The Lighthouse Keepers, and many others in between – The Saints, Ramones, Men at Work, INXS – ’pling was there capturing the performances, and the community that rapturously supported them.

As well as photographs, some prints and paintings, there are eighteen video clips on show, and you can listen to all the artists on Spotify whilst browsing the exhibition. Entry is free, but timed bookings are essential via https://www.portrait.gov.au/calendar/timed-ticketing.

This review originally in the Canberra Times of 26/9/20 here.