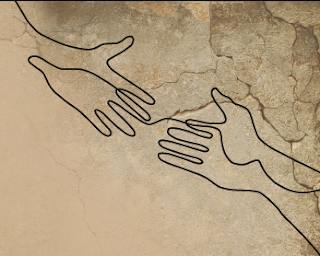 Romeo and Juliet by William Shakespeare.

There is much to commend in Kelly Roberts’ and Christopher Zuber’s co-production of Romeo and Juliet for Canberra Rep.  It bursts with the vitality of the streets of Verona.  A contemporary rock score pulses with the drama of the action from the gang brawls between the Montagues and the Capulets on the streets of Verona to the ominous portent of impending doom. Christopher Zuber’s set design of moving arches and a revolving wall suggests the interchanging construct of residence and streetscape that keeps the action flowing. Richard Manning on guitar provides the atmospheric  interludes of the wandering minstrel in the Elizabethan tradition.

There is an obvious attempt by the directors to imbue the tragedy of the star-crossed lovers with a universal reality. Jennie Norberry’s costuming suggests a twentieth century combination of Carnaby Row flair and Camden Market casual. It is a mismatch but it does lend characters a certain individuality although I found Friar Laurence’s cassock, Juliet’s slip and Abram’s ambiguous costuming overall unsettling.

The tenor of the production can best be described as pre interval and post interval. Shakespeare’s comedy is accentuated in the first half. Ryan Street’s Friar is played as a buffoon, Shakespeare’s clown, who assumes the severity of fateful responsibility when the tragic consequences are revealed. So too does Tracy Noble’s Nurse shift from a rather flustery, dithery character to a hapless victim of conspiracy. Richard Manning’s Capulet appears as a bon vivant lord of dubious character to a domineering paternal tyrant as circumstances confound his bon vivant demeanour. Crystal Mahon’s socialite mistress of the house in her flamboyant red outfit discovers the futility of her assertive will in the presence of her wilul teen.

Roberts and Zuber have woven a tight ensemble of distinctive characters. Anneka van der Velde jolts expectation with her tomboyish larrikin interpretation of the free spirited and quick tempered Mercutio. She handles the difficult and challenging Queen Mab speech with an intelligent understanding of its shifting tempo and nightmarish crescendo, which illuminates Mercutio’s personality rather than the sense of the speech. Queen Mab is a fanciful trickster and many an actor is tricked by Shakespeare’s playful and foreboding imagery. Maybe this is why the directors have decided that Mercutio should not be slain because Romeo comes between Mercutio and a very Italianate Francis Shanahan as Tybalt, but because Mercutio impulsively kisses Romeo during the fight, thus suggesting that Mercutio, not Romeo is responsible for her death.

The success or failure of Romeo and Juliet hinges on the performances of the two lovers. Pippin Carroll as Romeo and Annabelle Hansen as Juliet are well cast. Hansen emanates the 13 year old on the precipice of puberty, wilful, defiant, and smitten by Cupid’s arrow and lovestruck fancies. Carroll’s Romeo is the fickle adolescent, mercurial in his affections, quick to discard fair Rosalind for the innocently bewitching Juliet. Impulse and infatuation are the messengers of doom as reason and family rivalry intervene to turn the comedy of love to the tragedy of destiny. It is a journey reasonably well charted by Hansen and Carroll, who are well matched and pleasing to watch. Although the set design overcomes some of the problems of location and allows the freedom of the open stage, it diminishes the moments of intimacy in the balcony scene and the bedroom scenes.  More carefully focused lighting may have softened the tone to give the actors a greater sense of intimacy.

In her advice to the actor of Shakespeare’s work, Dame Judi Dench says “Obey the metre and remember that this is a play, not reality. Start the scene and earn the pauses.” It is advice that can help actor and audience to understand the language and the character. Too often the more inexperienced in the cast will lose the metre and the breathing necessary to find the rhythm of the language. There is no need to shout in the intimate space. The characters have been clearly and carefully created. All that is now needed in certain instances is to heed Hamlet’s advice and  “ Speak the speech trippingly on the tongue  and suit the word to the action and the action to the word. “