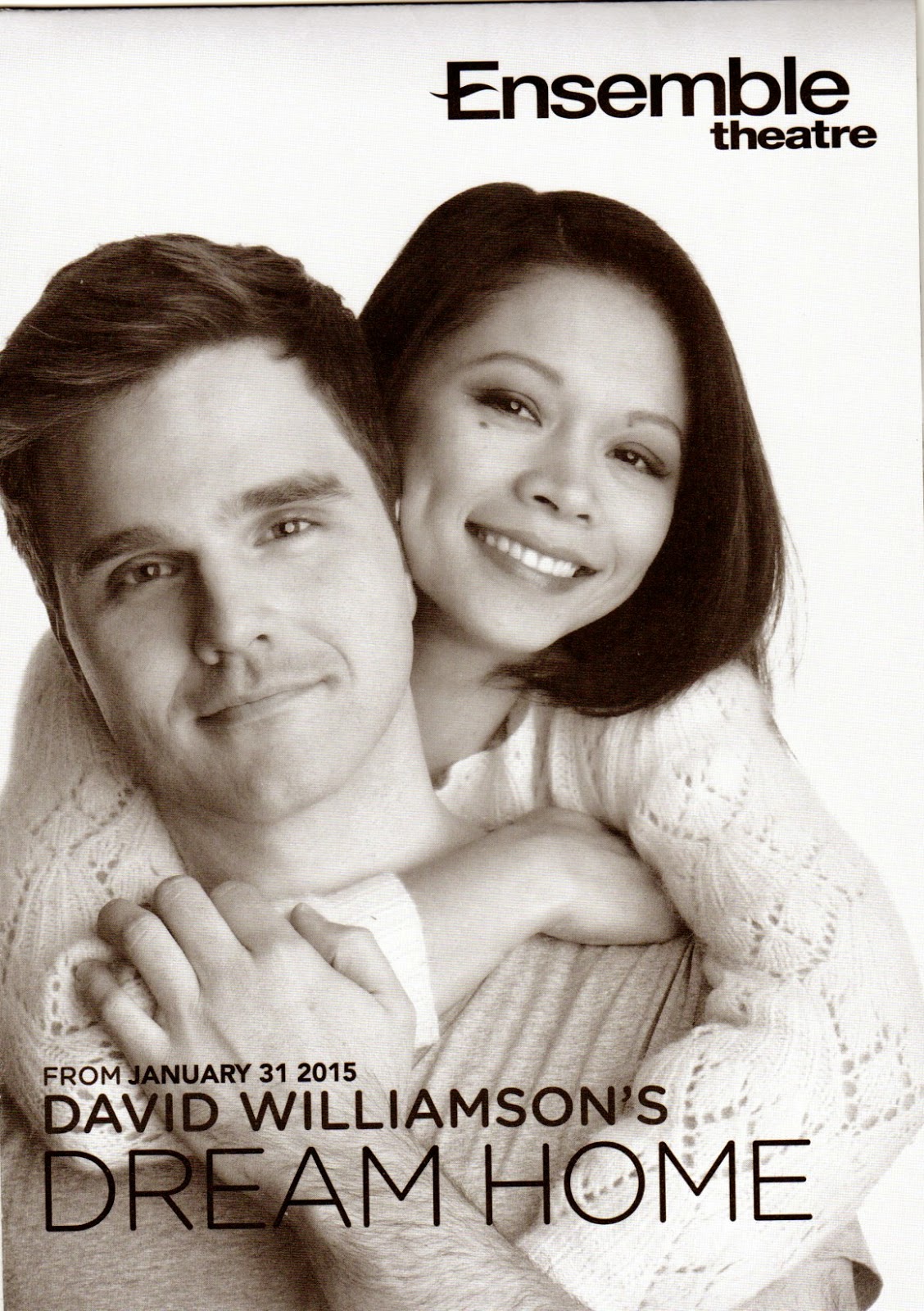 David Williamson’s The Coming of Stork premiered in 1970 at La Mama Theatre.  I saw it at the Old Tote, the National Institute of Dramatic Art’s original tin shed theatre at the University of NSW (replaced long ago by The Parade Theatre). Graham 'Stork' Wallace was played by the 6ft 7inches Bruce Spence, creating an unforgettable character.  I have never quite got over his trick of stuffing an oyster up his nostril, later blowing his nose to the absolute horror of all concerned.  Not only for the characters on stage, but for us in the front row of that tiny theatre, almost on stage ourselves.

That was the beginning of my following Williamson’s career, now for 45 years.  Over all that time and (I think) 48 plays, counting this new one Dream Home, he has never again written quite such an excitingly wild character as Stork – until Sam, the Lion of Lebanon came along.  His first entrance is a real shock, and, like Pavlov’s dogs, classical conditioning sets us up to jump every time there’s another knock on the door.  Cotta’s ferocity and oiled muscles are a different kind of horror from an oyster up the nose, but equally unforgettable for us in Row B at the Ensemble’s theatre in-the-round, almost as close as in the old Old Tote.

I’ll come back to the history later, but first what about the directing and acting?  Does the play work on stage?

It plays like a traditional farce by Georges Feydeau, though he needed, I believe, a minimum of four entrances for characters to be forever unpredictably appearing at.  For Williamson one front door of the flat is enough – you just never know who else is going to suddenly appear.  In the flat are the newly arrived lucky couple, Paul and Dana, who are only just able to cover the rent for the extra space they need for the baby.  The rent problem is where Paul’s stint as a dog catcher comes in – it pays better than an occasional dreamy film score.

What they don’t know about is the body corporate, or rather the bodies incorporated in the building around them.  From the cast list you can imagine some possibilities for yourself.  Williamson’s imagination is quite extraordinary and should not be revealed here.  Just make sure you book a seat as near Row A as you can – the nearer you are to the action, the more exciting, surprising and funny will be the experience.  Mind you, laughter spread like wildfire around and behind me right up to the uppermost rows on all three sides of the full house on opening night.

Williamson’s directing of his own work, always a risky business in my view, was not a problem.  The realisations of the characters brought out the subtlety in the writing.  The actions are exaggerated, but this is real farce, not mere slapstick.  Paul’s dilemma, which makes him the central character, of discovering his previous lover, and, what’s worse, of her discovering him, could have been overplayed.  But Guy Edmonds takes care to allow us to understand the softness of Paul’s approach and how that gives Paul the strength he demonstrates, as he remonstrates, in the extremely funny climactic scene.


I felt the pacing of the performance came off the boil a bit in the early part of Act 2.  I’m not sure without being there in rehearsal, whether this means livening up the writing or working in some extra ‘business’.  I also wondered at first if the final scene, which reprises the sounds of the unit block from the opening, was just an easy way to make a denouement to finish up neatly.  But I can also see it as an ironic ending.  The horrors of living in a block of flats are still there, but now Dana can live with that, because she has come to know everyone and successfully taken charge as Chair of the Body Corporate.  Maybe something more is needed to point up the irony, if that’s what Williamson intended.

And back to history to conclude.  When Williamson was being the radical at La Mama and the Old Tote, Hayes Gordon had already established the Ensemble on the upper-middle class North Shore, literally in a boatshed, perhaps in memory of the Princeton Players of Eugene O’Neill’s early days in the USA, not far from his [Gordon’s] Boston birthplace.  Hayes had migrated after refusing to sign a loyalty oath declaring that he was not a communist, and became famous here for his 1967 performance as Tevye in Fiddler on the Roof.

Theatre in-the-round was Hayes Gordon’s contribution to radical theatre but you might have thought theatre on the North Shore would be rather different from La Mama.  So I find it interesting that today David Williamson finds himself almost umbilically attached to the Ensemble, after many years of first productions of his plays by Hayes Gordon’s protegée Sandra Bates – herself having reached her final season as Artistic Director and passing the role on to Mark Kilmurry who has been Associate Director since 2005.

All this sounds quite cosy and comfortable, yet here’s the wild man Sam, Lion of Lebanon, stirring up the audience at the Ensemble just as Graham 'Stork' Wallace stirred us up at the Old Tote.  And the audience loved it today, as we did 45 years ago.