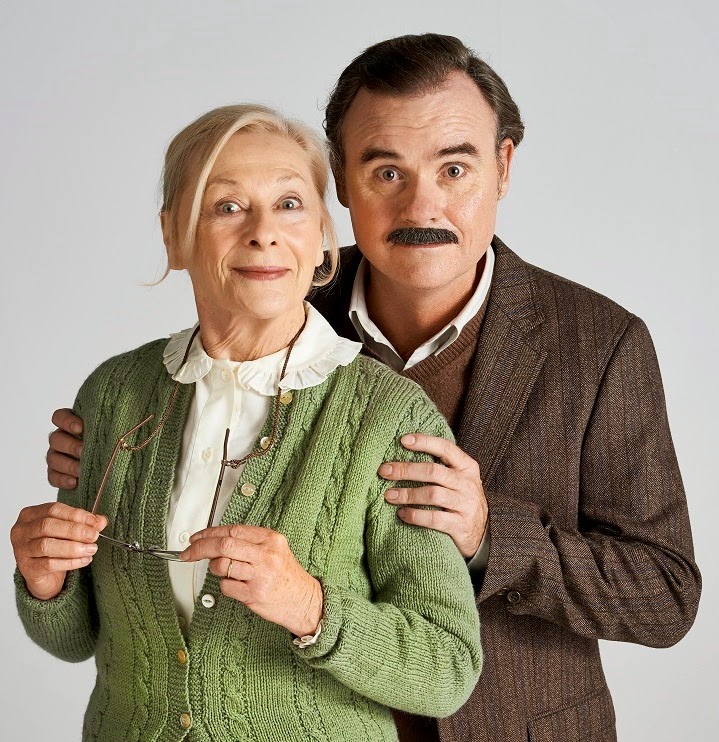 Updating a classic TV series for a modern audience is challenging enough without also making the transition to the stage. Geoffrey Atherden's "Mother and Son" succeeds because it is willing to alter the status quo for its characters, challenging them to adapt not just to a different world but to changes in their own relationships.

Retired nurse Maggie Beare (Noeline Brown) is dealing with the early stages of dementia and highly dependent on her son and live-in carer Arthur (Darren Gilshenan). Maggie is demanding and selfish, with no appreciation either for Arthur's support or for the strain she is causing him. However Arthur's love for Maggie has not yet curdled, and he is determined to restore his independence while preserving their connection. As Arthur's new relationship with the spunky Anita (Rachael Beck) begins to deepen Maggie struggles to keep control over her son, unaware that if she does not allow him his own happiness she really will lose him for good.

Unavoidably, this is a play about living with someone with dementia and as such touches on dark themes. Maggie can't remember basic facts, asks the same questions multiple times (never retaining the answer), and tells the same stories over and over. She's also crushingly lonely and dependent on her son for most basic tasks, but to preserve her pride she never acknowledges Arthur's sacrifices for her. On the other side, Arthur is fussily over-concerned for his mother, and we wonder whether he should relax more and let his mother have more of her own freedom.

However the tone of the play is light, much gentler than the often caustic TV series. Early on this can be slightly sinister because the seriousness and potential pain of the situation belie the not-too-funny sitcom punch lines. The jokes about mobile phones and how they're so different from older phones are particularly hoary, dating the show rather than refreshing it. However as the stakes raise the characters come to life and the comedy becomes much richer. Under pressure Arthur reveals a lot of backbone, and his resourcefulness and determination prevent a potentially bleak situation from spiralling into pain and darkness.

The play works as well as it does because of an excellent cast. Noeline Brown is brisk and energetic as Maggie, her cane barely necessary. Even if her mind is going, her body is perfectly healthy. Darren Gilshenan's Arthur is a beta male and deeply gentle, rarely losing his temper. Rachel Beck as love interest Anita is lively and vibrantly compassionate, connecting with Arthur because she also gives over a lot of her life to caring for her disabled brother.

But some of the biggest laughs come from Arthur's skeevy brother Robert (Rob Carlton) and his formidable wife Liz (Nicki Wendt). Robert is a selfish con artist and manages to avoid any real responsibility for his mother, so of course Maggie adores him far more than her live-in son Arthur. Liz occupies the role of ringmaster, long experience with Robert's misbehaviour teaching her how to manage Maggie as well. The selfishness of their family (including their abominable children) is a direct contrast with Arthur's over-sacrifice, and it is hinted that the best approach would be to find balance somewhere between Robert and Arthur's approaches to their mother.

Overall "Mother and Son" lives as its own show rather than a reheat of an old sitcom, largely because the cast put their own spin on the characters. This is a play about loving someone even when you want to kill them, but it never quite reaches the point where anyone is tempted with murder as a possible solution. Instead this is a play about graceful endings and as impossible as the situation seems in the end everyone is left better off (except of course for Robert, who more than deserves a little comeuppance). This is life as we would like it to be rather than as it is, but we are charmed into pretending for a few hours.
Posted by Canberra Critics Circle at 12:24 PM