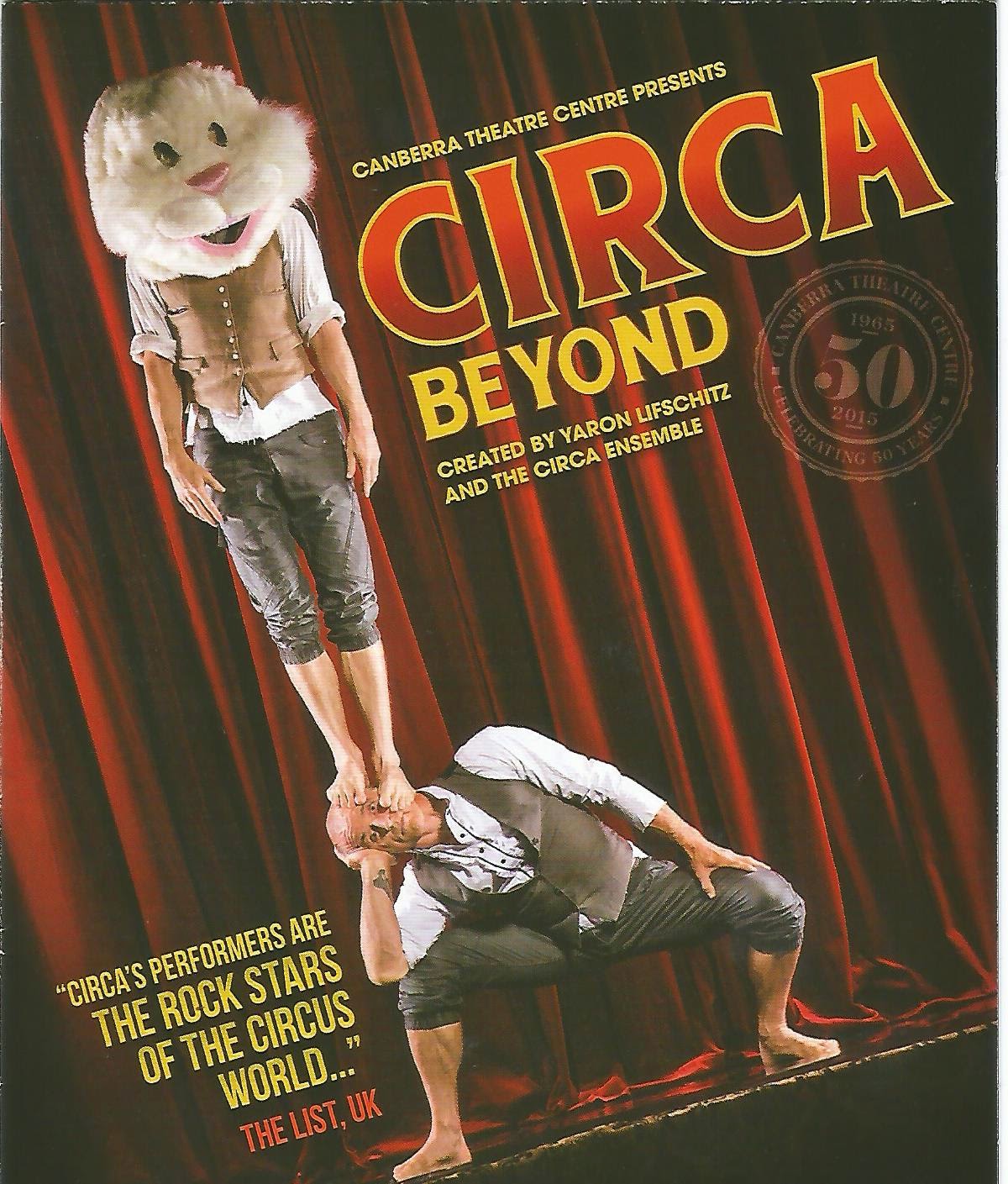 Circa never fail to surprise. Just when you thought you have seen every circus trick imaginable, Circa come up with something new and surprising. Often classic circus tricks reworked and pushed beyond what you thought possible.

In “Circa Beyond” a troupe of 7 acrobats, 4 female and 3 male, ( 3 of whom are former Canberrans), hardly leave the stage for a moment of this 80 minute, high energy, presentation currently  touring Australia after an eight month season in Berlin.

The performance begins simply with a spot-lit hand beckoning through the main curtain. The hand is replaced by a leg, then a torso. The torso appears to struggle with the hand and leg, before the curtains open to reveal a dramatic black and red setting, on which the women, dressed in snappy black and white leotards, and the men in white shirts, rolled up chinos and grey waistcoats, fill the stage with astonishing acrobatics involving flying bodies, flying chairs, and possibly some animals, to the tune of “New York, New York”. On the last note of the music the mayhem finishes in a tableau with the whole cast surprisingly wearing huge rabbit heads. 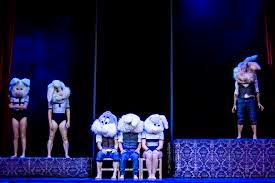 The following act, performed to the Johnny Mathis version of “A Nightingale Sang in Berkley Square” involves a rubic cube being passed around among the cast as they perform complicated lifts, throws, and tumbles until the problem is solved on the last note of the song. 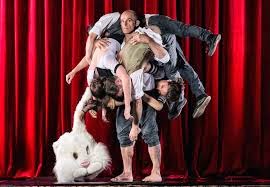 Each imaginative segment segues seamlessly into the next, punctuated by ripples of appreciative applause. Each is choreographed to the split-second and brilliantly performed. The rabbit heads are woven through the show, as are stylised animalistic movements and routines involving silks, straps, trapezes and Chinese poles, all designed to showcase the amazing strength,  extraordinary flexibility and indeed bravery of each performer.

Because the work is such an ensemble effort it would be unfair to single out a particular performer. All contribute brilliance equally and their names are Robbie Curtis, Rowan Heydon-White, Bridie Hooper, Kathryn O’Keefe, Paul O’Keefe, Skip Walker and Billie Wilson-Coffey.

The overall effect is surreal, tantalising, and occasionally bizarre. It is also constantly entertaining, mesmerising and memorable.  Those looking for hidden meanings will find themselves tantalised, while those seeking only to be entertained will not be disappointed. “Circa Beyond” is a brilliantly packaged demonstration of extraordinary circus skills.