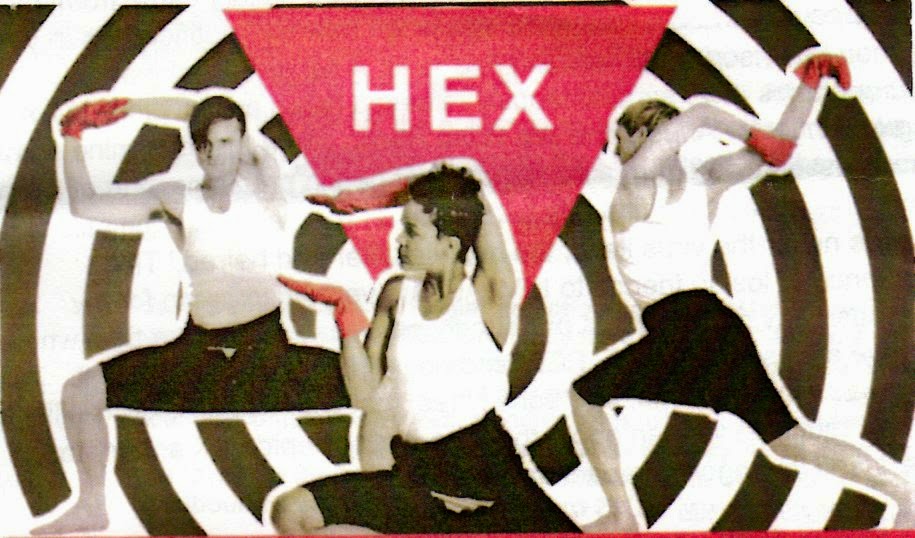 Hex is a dance work fit for its purpose, and with implications beyond its immediate narrative.  This was the final performance on tour to most major cities in Australia, but I suggest that its life should not yet be over.

I could call this work “D-ocumentary”, or Documentary Dance, to distinguish it from the kind of Dance Theatre I have reviewed in recent times from companies like Force Majeure (Nothing to Lose on this blog January 23, 2015).  Hex has a socially relevant theme, but adds a historical narrative – about the effect of the AIDS virus on the gay community from the days of the Grim Reaper television campaign to the present.

James Welsby’s concern is that the younger generation are showing signs of apathy as management treatments seem to stave off the worst effects – like dying young in dreadful agony – and because they are not made aware of how it was in the 1980s.

Though I am not part of the gay community, I am aware of the horror of undeserved death from that time, as a young haemophiliac friend of the family unwittingly received the virus in a blood transfusion, in 1984, just before the Red Cross were alerted to the risk.

The history is in the form of imagery created in movement and sound, representing the stages of the story as Welsby sees it, remembering that he was only just born in 1987 as the deaths were mounting.

Beginning with a “gay disco” which is gay in both senses in its naïvety and lack of foreboding, the days of angels, Welsby appears as the Grim Reaper, whose mask is hung above the action as a reminder while he leads us, via popular songs and dance styles, through the emotions of each development in the story.

These were the times of transmission, illness, partner-loss, extreme homophobia, protest and defiance.  The 50 minute piece ends with terribly mixed feelings.  In the audio, the left channel has Edith Piaf’s "Non, je ne regrette rien" mixed with current upbeat club dance music on the right, as if the DJ can’t be sure which way the crowd wants to go: be gay and forget, or gay without regret.

In the end, the Grim Reaper’s mask and scythe are brought to the centre and the decision made: though all is not perfect today, knowing what we know, it is time to break the Reaper’s scythe and claim some kind of victory.

I am not a trained dancer and so I was suitably impressed with the dancers’ flexibility and capacity for representing (not simply reproducing) such a range of dance styles.  In my past I was influenced by the movement concepts of Rudolph Laban, which are such a powerful base for creating imagery on stage, as if the interwined limbs of the dancers grow naturally into position.  For me a high point, among many, was the image of an “angel” or perhaps just an abstract figure of a higher spirit to reach out towards, created by placing Chafia Brooks as the still centre supporting shapes formed from the three dancers’ total of six arms placed graphically above and around her.  In this single image there was both strength and vulnerability.

At this point I saw this work as more than a story specific to gay people.  Theirs is a case in point and certainly should be told, but the meaning and feelings expressed so well in dance, go beyond the particular into the universal.  The Grim Reaper is an ancient fear for all of us, brought to our consciousness by such an awful auto-immune deficiency virus which causes AIDS – as much a dreadful disease still for gays and straights alike in countries where modern treatments are not provided as it was in Australia 30 years ago.

For this reason I hope that the end of this season of Hex will not be the end of the life of this documentary dance work.  It is relevant to us all, now and in the future.