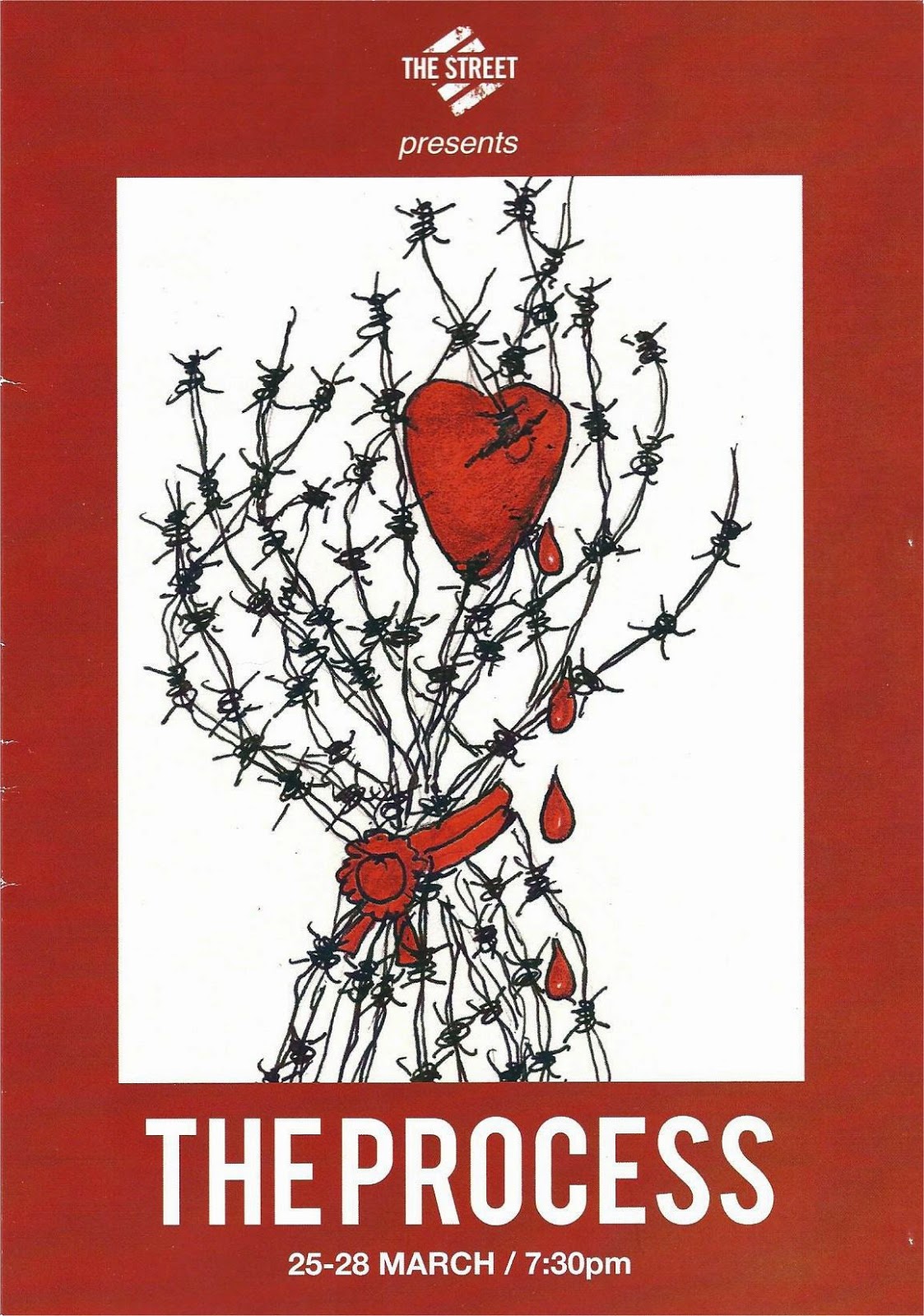 The plight of boat people doesn’t seem like an ideal subject for a comedy but Ian Robinson’s play uses satire and irony to show what it could be like to be caught up in a situation where politics have become more important than people.

Set mostly in an immigration facility in or near Australia, ‘The Process’ focusses on a Tamil refugee who has been assessed as a genuine refugee but also a possible security risk, leaving him in a nightmarish limbo.  As a refugee, he can’t be returned to his country of origin and as a security risk he can’t be allowed to enter Australia.

As the refugee, Ezekiel Day gives a believable and moving performance of a happy, intelligent and well-educated man reduced bit by bit to the point of insanity and despair by Government policy.  Sean Scully plays an Immigration Department official as well as two Ministers – one from the former Labour Government and one from the current Liberal Government.  His performances in all three roles are funny, infuriating and nicely controlled.  Jessica Muschamp artfully plays both an Immigration lawyer and a psychiatrist, both of them well-meaning but constrained by the system in which they work.  Her very different approach to both roles and the change in her appearance made it feel like two different actresses were at work here.

Ian Robinson’s direction of the show is simple but effective.  Utilizing only a few props and furniture, he creates a good sense of reality for the locations in which the action is set.  The show moves at the right pace, allowing us time to comprehend the maze of government policies presented.  Lighting designed by Gillian Schwab heightens the atmosphere of the show.

As theatre, the play works very well on the surface but injecting humour into this subject lessens the impact somewhat.  The Government red tape as presented here sounds persuasive but as it’s presented in a funny way, we feel that we shouldn’t take it too seriously.  That old cliché of cold and unfeeling public servants quoting rules and regulations is also a bit tired.  On the plus side, it would have been easy to just concentrate on the current Government’s immigration policies, so it was an excellent idea to show that the former Government’s policies were also flawed.

Overall, the play was entertaining and got you thinking about your own attitude to our immigration policies.  If that was the intention of the play, then it works.  I expect audience members will have widely differing reactions to the comic aspects, though.