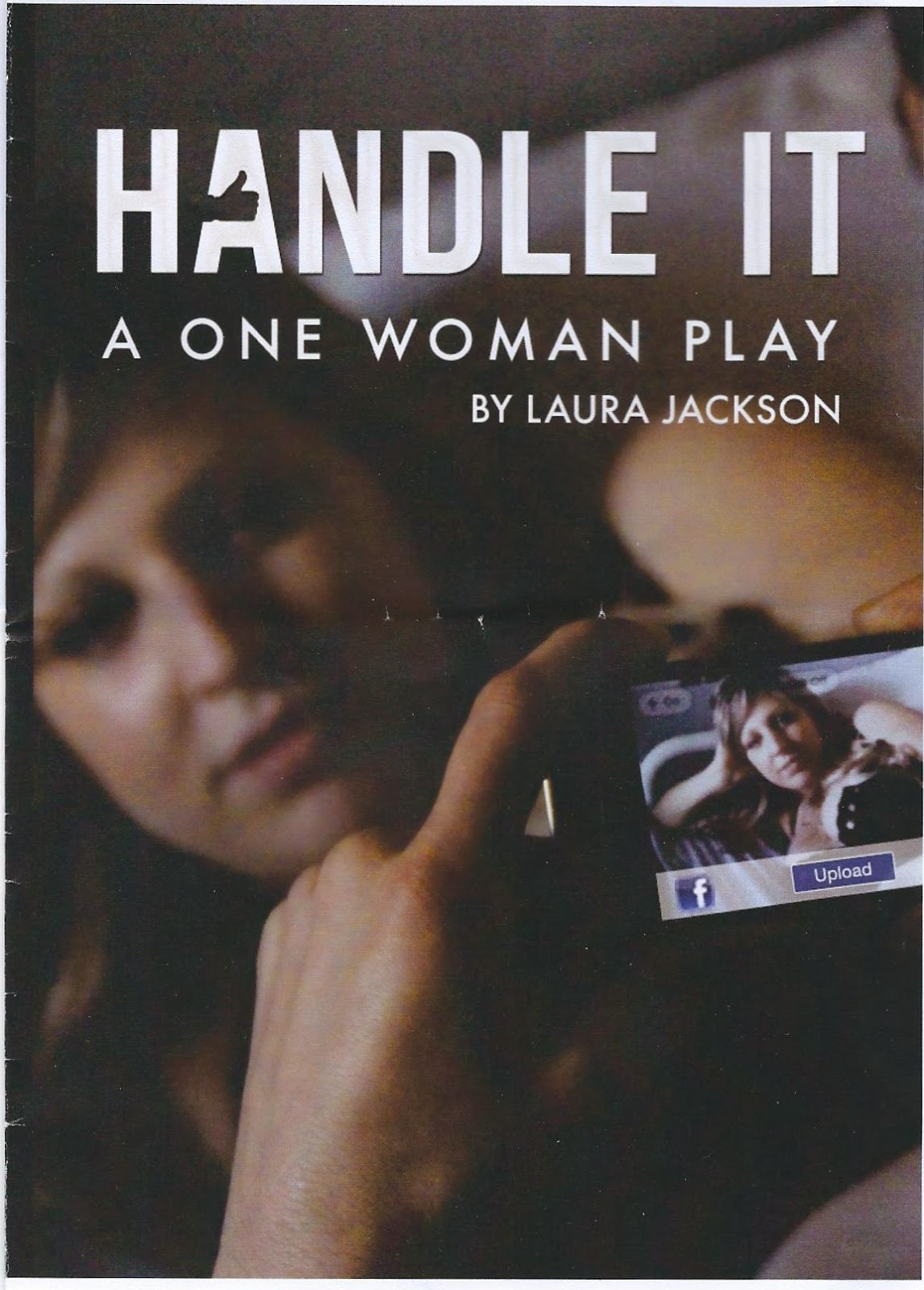 For many of us we’ve now had about twenty years of internet experience.  The changes it has made to our daily lives have been extraordinary through the wealth of information instantly available when we want it, on-line purchasing and the ease of communication with friends and family through email, Skype and social networking programs like Facebook.  But there’s a darker side to social networking which is chillingly explored in Laura Jackson’s one woman play, ‘Handle It’.

The play details the experience of a young woman at university when compromising pictures of her appear on Facebook.  We also see the impact on other people as judgements are made and actions are taken.  It’s confronting and thought-provoking and it’s also good theatre.

Writer and performer, Laura Jackson, has produced a strong script with some good characters and excellent links between scenes with computer projections that progress the story.  She also performs all seven characters in the show, six of whom are women and one is male.  It was confusing and a bit of a stretch to accept her at the start of the play as a rather loathsome young man and the character of the Pro Internet Sexologist, while amusing, had minimal relevance to the plot.  All other characters were finely written and played extremely well.

Director, Janys Hayes, has staged the show simply on a bare stage with minimal props and furniture.  Each character has their own acting space which gives good visual variation as the play progresses.  The computer images have been well-designed to clearly demonstrate how easily you can lose control of a situation when using programs like Facebook.  Good lighting and sound complements the setting and action.

Anyone assuming they’ll just see a biased, strongly feminist view in this work will be surprised to find that some of the female characters are unsympathetic and unhelpful, making judgments that are hurtful and ignorant as well as just plain dangerous.  What appears to be a straight forward case of abuse using Facebook turns into an ever-deepening mystery that is quite absorbing.  It raises some pretty uncomfortable issues about human nature as well as about a technology moving too fast for most of us to keep up with.