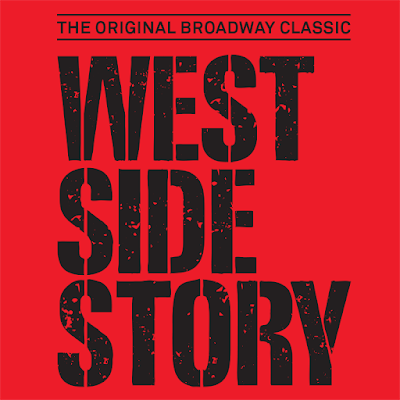 When it opened on Broadway in 1957, ‘West Side Story’ was clearly a departure from previous musicals.  Its dark themes of gang wars and social problems in New York City in the 1950s, its advance of the story in extended dance sequences and its highly sophisticated music made it a landmark musical that, in this production, is still a powerful experience over 60 years later.

This demanding show requires performers who can sing to an operatic level, dance classically as well in a modern jazz style and act the colourful characters with great depth.

The role of Tony, a young man dreaming of a future beyond the ugly life in the streets, is played by Todd Jacobsson.  A difficult role to play convincingly because of the often poetic-sounding dialogue written for the character, Jacobsson plays it with such conviction that he is totally believable.  His singing of the vocally demanding songs ‘Something’s Coming’ and ‘Maria’ is superb.

Sophie Salvesani is a strikingly beautiful and very real Maria – a young woman recently arrived from Puerto Rico.  Her singing of the comic ‘I Feel Pretty’, the sombre ‘One Hand, One Heart’ and the joyous ‘Tonight’ was excellent.  Her dramatic performance, most notably in the final scene of the show, was especially fine.

Chloe Zuel as the street-wise Puerto Rican, Anita, gave a richly comic performance in the early part of the show.  A superb dancer, she was equally effective in the later dramatic scenes, especially when singing the intense duet with Maria, ‘A Boy Like That’.

As the gang leaders, Noah Mullins as Riff, the leader of the American gang, the Jets, and Keanu Gonzalez as Bernardo, the leader of the Puerto Rican gang, the Sharks, gave dramatically strong performances, dancing and singing with great precision.  The large cast of gang members danced, sang and acted their roles convincingly.
There was excellent work in the smaller adult roles by Ritchie Singer as Doc, Paul Dawber as Lieutenant Schrank, Berynn Schwerdt as Officer Krupke and Paul Hanlon as Glad Hand.

Opera Australia’s lavish production honours the original production with its 1950s period mostly intact and the re-creation of the original Jerome Robbins choreography by Joey McKneely.  The towering set, consisting of moveable tenement buildings and their fire escapes, has been designed superbly by Paul Gallis.  The intricate lighting design by Peter Halbsgut added much to the atmosphere of the show
Conducted by Donald Chan, the demanding Leonard Bernstein score was played very well by the orchestra.  Sound levels between singers and orchestra were fine.
Director, Joey McKneely has staged a ‘West Side Story’ that works in all aspects.  The opportunity to see a production of the show at this level of excellence is not to be missed.

This review was first published in the Canberra City News digital edition of 13 October 2019.

Posted by Canberra Critics Circle at 8:57 AM