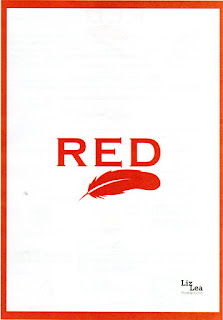 On January 21 this year I reviewed a solo dance theatre work, writing “For Ghenoa Gela to show the rest of us her personal salvation in re-connecting with her traditional culture is clearly more than a passion.  It’s a necessity as much for her sake as for ours.”

At the time I thought it was rare to see such core personal growth in understanding made into dance art form and then performed by the artist herself.  Yet, just a few weeks later, Liz Lea has taken the same risk.  Her story is as central to her understanding of herself: equally necessary to be told by her on stage as Ghenoa’s was for her.

Equally, also, for us to appreciate the hidden force propelling another person’s life.  Where for Ghenoa it was the need to find her place in her culture; for Liz it is the need to know the truth about her pain – not ‘normal’ menstrual pain as she was told when 13, but essentially untreatable endometriosis.

“For 20 years,” Liz writes, “I had an illness I was not aware of and for those 20 years I travelled and toured, performed and created....Why tell the tale?  My journey played out on stage and I gave away my future for the stage, all without my knowledge.  Best I address some of that on a stage.”

And like that other dancer, Ghenoa, Liz Lea can find humour at surprising moments and expressed in surprising ways, connecting us to her personal story as supportive friends; as comrades on life’s journey.

As I wrote of Ghenoa Gela, this piece by Liz Lea is “work which seems to me to be a new original and significant form, which I’ll call Theatre of the Personal Self.”

Red also places Liz Lea’s work in the relatively new tradition of ‘dance theatre’, which in my experience became established mainly by Kate Champion’s Force Majeure company, beginning for me with The Age I’m In at The Q, Queanbeyan in April 2010 through to Nothing To Lose (in which Ghenoa Gela performed and choreographed) at Carriageworks in the Sydney Festival, January 2015.

Looking through my collection of reviews of works I see in this tradition (www.frankmckone2.blogspot.com search for “Force Majeure”) I see Liz Lea’s and Ghenoa Gela’s works as parallel to the long tradition of visual artists painting self-portraits, to capture the essence of themselves, just as they have done for others.

In this process, the artist places herself in context: and thus both explains herself to herself while illuminating her audience’s understanding – in Gela’s case of the essence of Indigenous culture, and in Lea’s case of our capacity to work through pain to become true to ourselves.  In this work we see, I believe, the true nature of art.

Posted by Canberra Critics Circle at 9:58 AM