Thank Q for the Memories 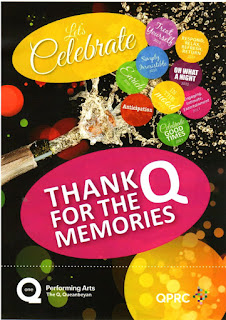 Thank Q for the Memories, devised and directed by John Shortis and Moya Simpson, with Stephen Pike. At The Q, Queanbeyan Performing Arts Centre, March 8-10, 2018.

If I listed everyone involved in this enthusiastic celebration of The Q’s first ten years – Shortis & Simpson as comperes, narrators and conductors, with the 29-strong Queanbeyan Players Chorus, the 44 members of the Wordly Goods Choir, the 42nd Street Dancers (only 9 of them), the 10 individual performers, and the Band (Peter J. Casey, Dave O’Neill, Ian Blake and Jonathon Jones) – there would be no space for a review.

But John Shortis, despite his usual extensive historical research – in this case back to the 1830s – left out the one name of perhaps the most important person, although he didn’t appear on stage: Ratko Vatavuk, project architect in the Project Team from BVN Architecture.

Here’s a little of “In the Architect’s Words” published by the Australian Institute of Architects, to add to John’s story of Council’s decision to follow up the Queanbeyan Players’ raising of $50,000 for a proper theatre next to the “barn” of the Bicentennial Centre:

Pre-existing site conditions also constrained the building's location, as the presence of a large in-ground service line in the existing carpark established the footprint, and the 100 year flood level elevated the building onto a podium.

This gives an extra level of relevance to Moya’s singing not only of  “celebration”, but of John’s execrable rhyme, with “elevation”.

The building is a simple and urbane zinc and terracotta clad structure hovering within the lively Queanbeyan civic precinct. Its facilities rival those of much larger centres and include a raked 350-seat auditorium, generous stage and wings, crossover and a large orchestra pit.

And here’s how it looked in the design awards presentation photo by Brett Boardman: 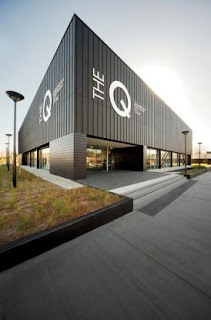 No wonder Shortis & Simpson say “We love entertaining here, and we love to be entertained here.  It’s our favourite theatre”.  I’ve reviewed more than a dozen shows in The Q since it opened in 2008, and I feel the same way.  And as Moya sang, it seems as if time has gone by and even disappeared – can it really be only ten years?  The Q has become such a natural part of Queanbeyan that it seems to have been – and will go on – forever.

The celebration program was an eclectic collection of items ranging over many of the shows, including Shortis & Simpson’s, which have appeared at The Q, tied together by John’s newly written songs, such as "Thank Q for the Memories", "Life Before the Q" and "Ten Good Years".

Not all items were musical, such as the very funny Hermia / Helena verbal stoush from A Midsummer Night’s Dream, played by Jordan Best and Jenna Roberts; and the more serious excerpt from Playhouse Creatures where Elizabeth Bradley and Amy Dunham – accompanied by Jordan Best on cello – reflect on their time as the first women to perform on stage – in the 17th Century – with its resonance for the role of women in the 21st Century, made particularly relevant on March 8 as the International Women’s Day which the United Nations describes as “a time to reflect on progress made, to call for change and to celebrate acts of courage and determination by ordinary women who have played an extraordinary role in the history of their countries and communities.”

A neat contrast was Dave Evans and Jenna Roberts performing the Lasagne Incident from I Love You, You’re Perfect, Now Change, followed by the Jenna’s singing "I Will Be Loved Tonight", from that show, accompanied by Peter J. Casey.

A special delight was the re-appearance of the great satirical pianist Peter J. Casey, especially in his performance of his version of the squirm-inducing "I Just Want to Conceive With You", which was originally imposed upon the world in Shortis & Simpson’s show about the business of song-writing, Waxing Lyrical, at The Q (reviewed here December 2011).

It’s a pity we can’t have the more regular services of Peter J. Casey, who nowadays lives in Wagga Wagga, and this terrific band, but a glance at Peter’s extensive bio https://majortominor.files.wordpress.com/2014/11/peter-j-casey-2014-light-bio.pdf explains why.

If theatre is essentially about engagement and entertainment, then Shortis & Simpson’s work is an engaging and highly entertaining celebration of this theatre – The Q.  As Tim Overall, Mayor of Queanbeyan-Palerang Regional Council has written, To The Q Team: Well done to you all, you have galvanised the community in a truly commendable way.  The Councillors and I wish you continued success for the next ten years.

And so say all of us (though I worry a little about being “galvanised”). 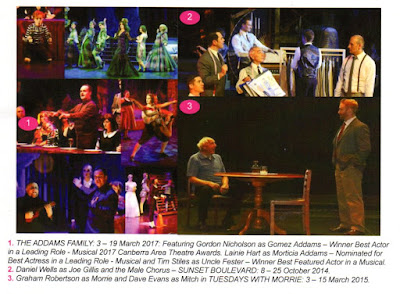 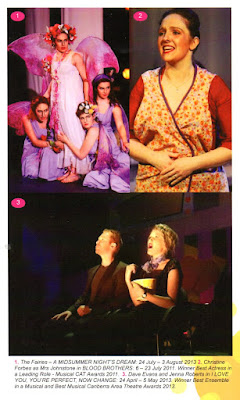 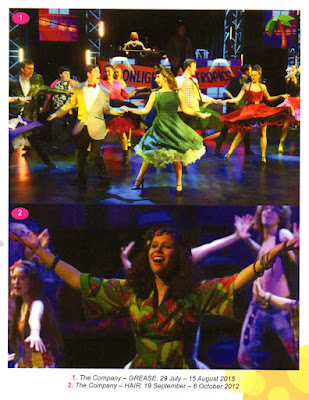