The annual Mullins Australian Conceptual Photography Prize (MACPP) is conducted by the Australian Photographic Society. The 2020 winners were announced on 9 July during an onsite exhibition opening in the Magnet Galleries, simultaneously livestreamed to a broader audience nationwide via Zoom. Sadly, the physical exhibition is closed to visitors because of the Melbourne lockdown. However, the gallery has created a wonderful virtual gallery which allows us to explore all the images. There is a link on their Website http://magnet.org.au/

Of 34 finalist images selected by the judges, an extraordinary 9 of them are by Canberra artists – Sophie Dumaresq, Ian Skinner, Lyndall Gerlach, Mark Van Veen, Judy Parker, Jim McKenna, and me. So, it was not altogether surprising when one of them, Judy Parker, was announced as the winner of the major prize of $10,000 cash for one of her two finalist images.

Parker’s concept statement for the image read: Recently I took a series of photographs of the side panels of a large open container at a local recycling centre. The markings had a wonderfully strong graphic quality, red rust-lines on a silver-painted surface: a calligraphy of wear and tear. When I processed my images, I was intrigued by the way sections of the random patterns suggested a series of semi-abstract coastal landscapes, each quite different. I modified three of these to reinforce the reference and combined them as a triptych. Our minds are not limited to the literal. They can equally re-identify and re-imagine.

Parker’s second finalist image quickly brought a smile to my face for its creation of a human emotion in an inanimate object. 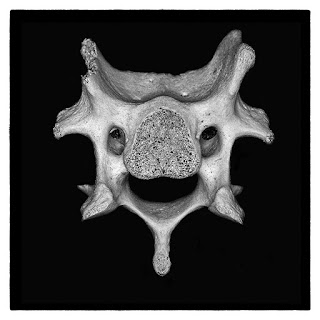 Other prize winners were Louise Alexander from Western Australia and Anne O’Connor from Launceston, both of whom entered excellent works. Alexander’s image about wanting to hide and not be seen was a standout for me. O’Connor’s work features red hand stitching representing the blood of humanity and the land in their struggle for survival. 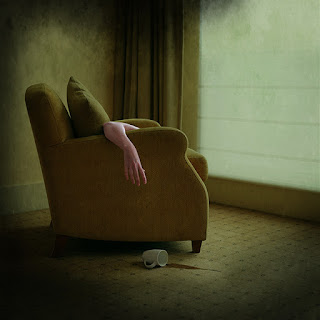 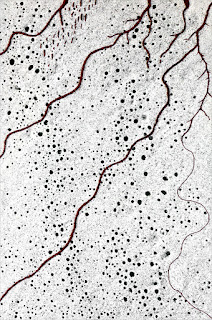 The Price of Water © Anne O’Connor

Amongst the other Canberran finalists, one of the works that I most enjoyed was The Hairy Panic, Untitled 15 by another Canberran, Sophie Dumaresq. 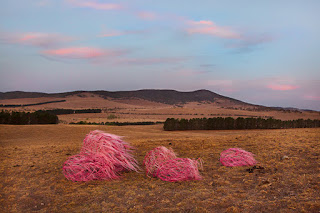 It is part of Dumaresq’s series of photographs of a Land Art Installation that took place out in the windswept grasslands surrounding Lake George. That full series was exhibited in Canberra’s Nishi Gallery in March/April 2020. Another image from the series was a finalist in the 2020 Goulburn Art Prize.

Ian Skinner’s two finalist images wonderfully tell their sad stories of loss by his friends because of the New Year’s Eve bushfires at Cadgee. 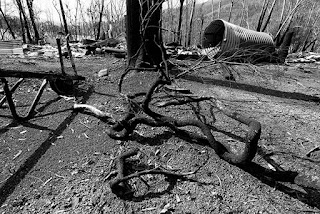 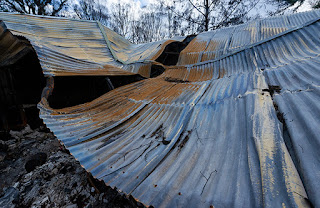 Lyndall Gerlach features with an evocative creation titled Skinbark, from her “Textures of Life” series exploring age and ageing both emotionally and visually. 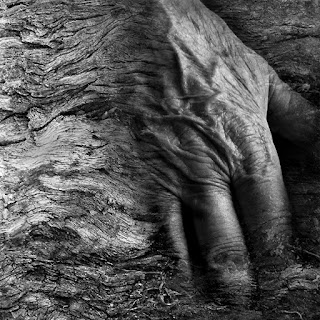 Mark Van Veen also brought us an image from an ongoing series, “Point of Return”, exploring reflections in our urban environment and how they alter our view of the world. 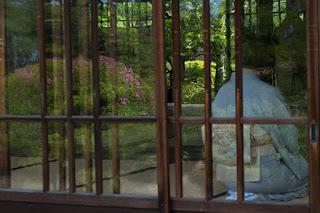 Jim McKenna (technically no longer a Canberran as he has moved to the Bega Valley, but still a participating member of the Canberra Photographic Society) tells a powerful story about life’s journey. 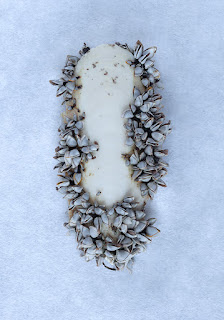 And the final featured Canberran is me with an image seeking to show that there is nothing to fear. 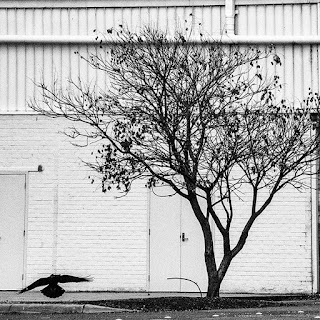 I could discuss every other image in this fine exhibition, but I’ll leave that to you to explore them for yourself via the virtual gallery mentioned in the opening paragraph of this. After exploring them you can vote for the People’s Choice Award. I haven’t decided yet but am leaning towards giving my personal vote to an image about the need for good to triumph over despair. 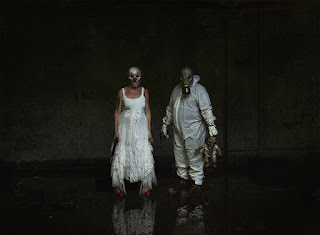