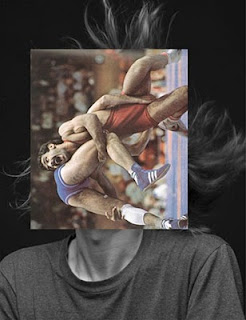 Just when I think 2009 has drawn to an artistic close, Photoaccess makes a last minute dash with one of the best exhibitions I have seen all year...Read whole review

Posted by Canberra Critics Circle at 10:52 AM

For the second time in as many weeks I found myself in the Canberra Theatre, surrounded by highly excitable little girls in ballet dresses, and as thoroughly enchanted by a show as they were. (I hope this is a time of year, and not a time of life)

"Angelina's Star Performance" is a delightful ballet production, presented by the English National Ballet, which follows the story of a precocious mouse named Angelina Ballerina , and her efforts to rehearse her friends in a production of "The Sleeping Beauty", which they duly present before the Queen.

Anyone familiar with the "Angelina Ballerina" books by Helen Craig and Katherine Holobird, would note immediately that the very pretty set is straight out of the book illustrations, and the characters looked and acted exactly as they do in the books, except that they danced very clever choreography by Antony Dowson, to the glorious music of Tchaikovskys  "Sleeping Beauty" carefully re-arranged to suit the action on stage.

At first I found myself wondering if the choreography may have been a bit sophisticated for the littlies, but soon noticed that those around me were absolutely transfixed on the stage .. they were involved in the story and could'nt care less about choreography.....and that was what I found so exciting. These kids were having a really magical theatrical experience!

The first act of the ballet concerned itself with the rehearsals for "The Sleeping Beauty", during which the snooty princess danced badly, some of Angelina's friends mucked up, and Angelina herself threw a tanty.

For the second act..the set cleverly converted into a pretty Victorian theatre and the mice presented the ballet of "The Sleeping Beauty" to the appreciative Queen seated in the Royal Box.

As I said, the kids could'nt have cared less about the choreography, but we older people took joy in noting  that Angelina's production of "The Sleeping Beauty" was exactly like the real one...except it did'nt take three hours...only 25 minutes. The fairies brought their presents.. princess pricked her finger..everyone in the palace fell asleep..and duly woke up again when the handsome prince kissed the princess.

The choreography and costumes were full of clever references to the real ballet, and the dancing was precise and athletic, even though the dancers were clad in fatsuits to make them appear more mouselike.

During interval a couple of excited budding ballerinas began to twirl and whirl in front of the stage. In no time at all they were quickly joined by 40 or 50 more little girls (and even some little boys) all trying to imitate what they had seen on the stage. This continued all through interval until the lights dimmed for the second act. Afterwards I saw plenty of kids holding their parents hands and skipping along as they left the theatre. It was obvious that for them, "Angelina's Star Performance" had been a magical introduction to the world of theatre and ballet.

I have posted some of my thoughts on this year's fresh crop HERE.

If anyone is keen to check out what the latest Art School graduates have to offer, the exhibition opens tonight, complete with award ceremony, and continues through until December 13.