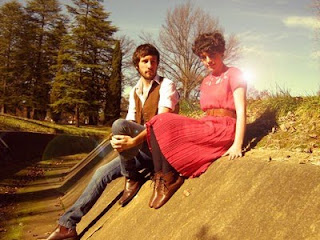 Before I begin, a couple of things to bear in mind: Firstly, I’ve never seen a play by William Shakespeare, or even read one. There, I'll wait a moment for the shock to pass........ Furthermore, I’m not a regular reviewer of theatre, or even a regular audience member. There’s no particular reason for this, just that for years now I have occupied my time with visual art and an occasional peppering of dance.
Following last night, however, I predict this may change, as it was last night that I was invited to the preview of 'Love’s Labour’s Lost' – a production by Director Naomi Milthorpe and the National University Theatre Society (NUTS).
I have to admit trepidation, having heard that 'Love’s Labour’s Lost' is one of the Bard’s least performed works, in no small part due to the fact it is one of his most inaccessible and incomprehensible. Talk about throwing myself in the deep end.
The beginning of the opening act, I confess, had me regretting my decision to attend. The quick-fire language was so completely over my head that I was hard-pressed to contextualise what I saw, let alone find the supposed humour in it.
But then, within minutes, something clicked and I was completely absorbed. I’m not sure whether the brain just takes a moment to crank into a higher gear when dealing with Shakespearean English, or whether the King of Navarre (Shane Pike) and his Lords (Andrew Holmes, David Travers and Josh Wiseman) needed a little time to warm into character, but after this point I didn’t need to understand every flowery word – the riotous story unfolded before me.
The four aforementioned lads can take much credit for this turnaround, their convivial interaction making the narrative instantly relatable and triggering the first of many giggling fits for the night.
Humour went into overdrive with the first appearance of the dubiously accented Don Adriano de Armado (Tom Connell). It was a performance that could easily be considered over the top, but presented with such a perfectly outrageous character, and an audience in stitches, I believe Connell played the Spaniard perfectly.
The Princess of France (Cathy Hagarty) and her Ladies (Ruth McHugh Dillon, Shannon Steele and Katie Doney) are every bit as charming, sassy and razor-witted as one would hope, and their energetic banter with their Lordly counterparts is a wicked delight. The actors manage the old-world language masterfully, and the dialogue comes across as fresh and modern as if it were made yesterday.
Other perfectly executed characters to charm the audience were Cameron Thomas as larger-than-life oaf Costard, Nick Tranter as the Ladies’ annoyingly assiduous attendant and Robert Selth as the Latin-spurting Schoolmaster. The many large personalities on show means there is much to love and never a moment’s boredom.
Music, including original pieces by Andrew Holmes, is used to great effect, showcasing the multiple talents of many cast members, setting the scene and contemporizing the story. The visuals presented the only negative for me – I found the set, particularly the painting, lacked the quality of the rest of the production. In the case of no budget or time then a more simplified set would have perhaps been better, but given my background in art this is probably a pet peeve.
Despite the play portraying life as a frustrating juggling act the overall impression is thoroughly uplifting. 'Love’s Labour’s Lost' turns out to be a surprisingly simple tale of young hearts distracted and enriched by love. Either its scary reputation is sorely mistaken, or Naomi Milthorpe and NUTS should do us a favour and give more marginal works the same sweet treatment.

THE BOY FROM OZ

Among many good reasons to see "The Boy From Oz" is Jarrad West's remarkable performance as Peter Allen. This proudly-Australian musical, crammed with Peter Allen songs, charts the life and loves of the charasmatic entertainer, and sinks or swims on the ability of the lead performer to capture some of Allen's legendary charisma. Jarrad West has charisma in spades, and his knowing, sardonic, direct-to-the-audience delivery goes a long way towards capturing Allens unique performance style. It's a tour-de-force performance which succeeded brilliantly on opening night despite the threat of potential disaster from some unsynchronised lighting and music cues.

Choreographer, Michelle Heine, pays homage to some of the great choreographers of the era, including Ross Coleman and Bob Fosse, with some brilliantly executed song and dance routines performed on a versatile,  classy setting designed by Brian Sudding, and accompanied by Craig Johnson's small but punchy band.

But perhaps most impressive of all, is how successfully Director Carissa Campbell has managed to achieve an essentially large-scale show in the comparative intimacy of te Erindale Centre with an ensemble production that is funny, moving, spectacular and packed full of good old-fashioned pizzaz. Don't miss it!

(An edited version of this review appears in "City News" issue 19th-25th August)
Posted by Canberra Critics Circle at 3:13 PM 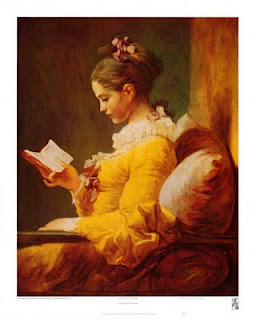