Having been intrigued and entranced by a previous Stewart D’Arrietta show, “Tom Waits For No Man”, experienced late one night at an Adelaide Cabaret Festival, the possibility a second helping of D’Arrietta, this time exploring the songbook of Leonard Cohen, was an irresistible temptation.

It was hard to avoid the impression that The Famous Spiegeltent at 6.30 on a hot Canberra autumn day was not the natural habitat of this extraordinary singer/songwriter, or of his excellent band. They all looked as if they would be much more at home in some smoky environment in the wee small hours of the morning. But once the music started, it was obvious that this show was all about the songs, and therefore would have been just as arresting had it been performed in the middle of Hyde Park, or the local church hall.

Hunched over a keyboard, centre stage, facing his audience, D’Arrietta presents a compelling persona. His voice is frayed and shredded, and he sings as if every note will be his last. But he hits all the right notes, with often idiosyncratic phrasing of Cohen’s lyrics to  expose exactly the nuance D’Arrietta wants you to relish and consider.

Between songs he provides a good-natured context. Sometimes with some facts about Cohen, or the story behind the writing of the song, or even just some apparently random thought which sets the mood. Never too much information, just the right amount. D’Arrietta knows how to connect with his audience, everyone is his friend.

The intensity of his delivery is fascinating, with his excellent band completely in tune with his interpretation, especially Michael Klooger with his sensitive accordion interpolations, and Sonny Amoreena with her unobtrusive backing vocals.

All of Leonard Cohen’s best known songs are included in the generous selection, including “Suzanne”, “Everybody Knows”, So Long Marianne”, “I’m your Man” and of course, “Chelsea Hotel”. There’s the rabble-rousing “First We Take Manhattan” and an intense version of “Hallelujah”. The introduction of an unusual instrument called a Keytar, a birthday gift from John Waters, and played by D’Arrietta, added additional texture to the performance.

“My Leonard Cohen” is touring widely and certainly worth your time especially if you enjoy the music of Leonard Cohen, but particularly for the opportunity to experience the remarkable Stewart D’Arrietta in live performance. 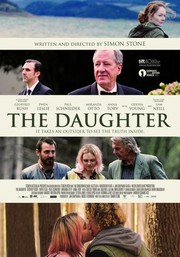 
The Canberra Critics’ Circle is pleased to publish a reflection by novelist and short story writer Esteban Bedoya, the Chargé d'Affaires of Paraguay in Canberra, on the recent upsurge of interest in the connections between Australian writers Mary Gilmore and Henry Lawson and William Lane’s failed ‘Utopian’ experiment in Paraguay, the subject of works reviewed by Circle members at www.citynews.com.au/2015/review-spellbinding-griffyns-do-it-again/ and http://ccc-canberracriticscircle.blogspot.com.au/2016/02/all-my-love-by-anne-brooksbank.html

IN the last two months we have been to two outstanding performances dealing with the story of the Australian colonists who settled in Paraguay at the end of the nineteenth century. In November 2015 the Griffyn Ensemble staged the premiere of a themed recital, The Utopia Experiment, at the National Portrait Gallery. directed by Michael Sollis. In February of this year we saw All My Love, a play by Anne Brooksbank dramatising the close friendship between two icons of Australian literature, Mary Gilmore and Henry Lawson. This relationship was never to be consummated because Gilmore set her mind and heart on pursuing her own personal Utopia by joining the band of Australians, led by William Lane, who two years earlier, in 1893, had travelled to Paraguay to establish two socialist colonies and begin a new life.
Lane and his followers arrived in a far-away country that had recently endured the bloodiest conflict on South American soil: The War of the Triple Alliance, pitting Paraguay against Brazil, Argentina and Uruguay (1864-70). Paraguay had been considered the country with the most promising future in the region, boasting a passenger railway, ship building for international trade, the first iron foundry in the Southern Cone and an extensive telegraph network. To support this infrastructure, hundreds of European engineers, architects and technicians had been recruited, which contributed to the development of an education system and a program of urban modernization. Consequently, Paraguay was in the process of becoming the most modern and self-reliant country in South America.
Tragically, Paraguay became the victim of a bloodbath of epic proportions. Why? Historical documentation suggests that the principal reasons were its legitimate claims to independence and its pretensions to develop its own model of social and economic development. Statements by top political and military leaders involved in the war against Paraguay confirm their genocidal intent: "How much time, how many men, how many lives and how many resources are needed to end the war, to turn the Paraguayan population into smoke and dust, to kill even the fetuses in the wombs of the women?"
"The war in Paraguay concluded for the simple reason that we killed all Paraguayans over the age of ten."
It is a sad memory, but it provides the historical context for the arrival of the hardy Australians who reached Paraguay. William Lane and his comrades found a country in ruins where the surviving women and their children were incapable of raising a smile. But Paraguay needed to be repopulated so the Australians received a warm welcome. Lane, Cameron, Cadogan, Kennedy, Gilmore, Wood and the others were the founders of the colonies of New Australia and Cosme, which in due course bequeathed thousands of descendants —Australian and Paraguayan— as well as a rich cultural legacy that belongs to both of our nations.
The expedition that set sail on The Royal Tar on 17 July 1893 from Sydney Harbour provides a solid basis for writing the history of Paraguay-Australian bilateral relations. In the words of the historian Marisa González Oleaga, "They have left us a heritage of dignity and pride. Nobody will ever again recreate the experience of New Australia, but people will always envisage the possibility of new worlds beyond the horizon." Many years have elapsed since that heroic enterprise, but Utopian ideals continue to inspire men and women throughout the world striving to reach the Light on the Hill.
Today, humanity is facing grave humanitarian crises. Limited resources frustrate endeavours to ameliorate the fate of people in embattled regions. We may draw inspiration from the pilgrims who sailed in The Royal Tar, risking their lives in a quest of a "little Utopia" in a distant land. It is significant that two works about this extraordinary adventure should be staged in Australia at the same time. The message conveyed by Gilmore, Lane and Lawson continues to resonate in the works of talented contemporary Australian artists and writers who remember the idealism and courage of their forebears. And by some mysterious telepathy, the saga of these intrepid settlers has also inspired an Argentinian movie director, Cristian Pauls, to tell their story. In collaboration with Paraguayan partners, the movie is currently in production on the other side of the Pacific.
This efflorescence of interest in the shared history of Australia and Paraguay is not mere coincidence. It is an urgent reminder that we should both work together to keep alive our historical memory. Our artists, poets and writers are telling us that it is our joint responsibility.