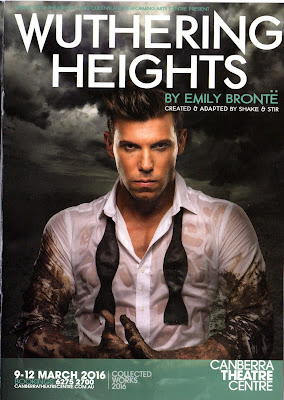 Despite the sickenly romantic vision I, and I suspect most of us, have of Catherine and Heathcliff running towards each other across the moors in slow motion, Wuthering Heights is a horror revenge story.  Shake & Stir have made it into something like a staged horror movie.  Designed for a modern young audience, it works very well.

Magnificent thunder and lightning is the linking thread from beginning to end, with ghostly images on diaphanous curtains blowing in blustering winds from across the grim moors.  It was logical dramatically, though I think not true of the original novel, that Heathcliff’s obsessive life is ended by a tremendous bolt of lightning as he chases after his fantasy of the dead Catherine in a rain-storm reminiscent of King Lear.

I liked this ending, since the whole story is melodramatic in the extreme – though I think Emily Brontë probably thought her psychological analysis was realistic.  With that in mind, remembering when Brontë was writing and her probable understanding of psychology (when bumps on the head – phrenology – were seriously taken to show personality traits, and mesmerism was not only popular entertainment but seen as a science), I was in two minds about the use of modern language style.  Young people today now use ‘f... off’ as a normal part of speech.  It’s use here worked, and made its point about Heathcliff’s at that stage childish behaviour, perhaps as a commentary looking back on the prudishness of Victorian attitudes, but it took us away from Brontë’s period which was established so well in costumes, props and set as well as social class manners.

Still, it made for risky theatre, for which Shake & Stir are well-known – and, I think, respected.

In Skubij’s adaptation, we are effectively put in the position of Mr Lockwood, the short-term renter of Thrushcross Grange, who visits Wuthering Heights and wonders about the rather odd family he meets there, described in the summary published by http://www.wuthering-heights.co.uk :  “Mr Heathcliff appears a gentleman but his manners and speech suggest otherwise; the mistress of the house is in her late teens, an attractive but reserved, even rude woman; and there is a young man who appears to be one of the family although he dresses and talks like a servant.”

In the novel, Ellen (Nellie) Dean, the old housekeeper / retainer, is asked by Mr Lookwood about the history, and she takes him back 30 years to the Earnshaw family and the adopting (and naming) of Heathcliff.  On stage (after the opening flash of lightning), we discover, quietly playing the piano, Nellie, who then launches into her story of the Earnshaws.  This makes the stage story linear from beginning to end, rather than a flashback.  But for a modern audience this is OK, since the story is already well-known – indeed, part of our culture – so we are in effect all Mr Lockwoods ready to hear Nellie Dean’s history.

The aspect of the production which I thought was especially effective was the emphasis on how young – and therefore childish – Heathcliff and Catherine were in Act One, and Linton and Cathy were in Act Two.  Temper tantrums were a feature throughout the story, and were especially well performed by Gemma Willing.  Having read the novel when I was young, I had thought of these characters as adults.  Now I see them as never properly growing up, even when they marry and have children.

And so the story on stage belongs to Nellie Dean – the observer and narrator, but also often the only properly adult person, with a proper sense of responsibility, but whose position in the social structure prevents her from saving the children from themselves.

So Shake & Stir have succesfully shaken and stirred, as good theatre should. 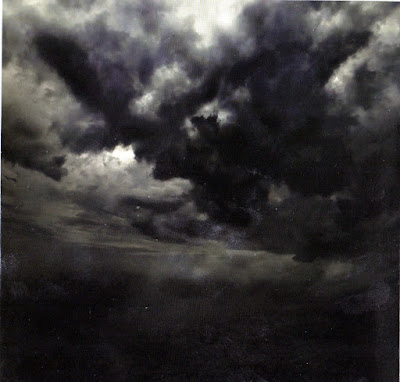