A Gambler’s Guide to Dying 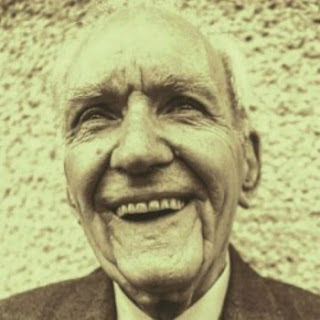 There is a special bond between a grandparent and a grandchild.  And there is something very personal and very special about Gary McNair’s performance of his one man show, A Gambler’s Guide to Dying. His performance is deeply personal, told through the eyes of the grandson as he grows from the age of seven into a teenager, keeping vigil over his dying grandad. Archie Campbell is a simple, ordinary Scotsman, with a compulsion for gambling. “Everything is a gamble” he tells his young grandson. There are only two guarantees in his eyes. You live and you die.


At his grandfather’s knee, the young Campbell discovers the complex nature of an ordinary man who would be extraordinary. He is a teller of stories, reliving the day he bet on the winning team ,England,  in the 1996 World Cup and made a fortune of six hundred and twenty pounds and the fury of his Scottish mates at the Iron Horse. Or the time he dived into the water and came up with a salmon in his mouth. Or the time he fought off an assailant. Fact or fantasy? Hero or rogue? Liar and cheat?  Where is the truth, and which is the lie? Who do we believe- a grandfather whom we love and admire, or the boys at school and the teachers who tell the young lad a different story? 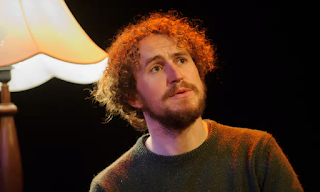 Fast forward to 1998 and Archie is diagnosed with pancreatic cancer and given a month to live. It’s reason enough to take the greatest gamble and bet on his life, on the fact that he can defy the odds and make the millennium. One hundred thousand pounds says he can do it. Aunt Carol sees the money signs with greedy delight. The reporter hangs out for a Rags to Riches story of the man who defied death. Doctors marvel at the old man’s ability to defy the odds. And the grandson longs to be with his grandad, share the old man’s passion for gambling, even though he hadn’t won another bet since 1973, and hear  still the far-fetched tales of a life lived in hope.
But Life is fickle and the end can be cruel. The dream of turning a small fortune in 1966 into a real fortune to bequeath as a legacy is just that – a dream. What harm is there in dreaming of a different life, whether real or fantasized? 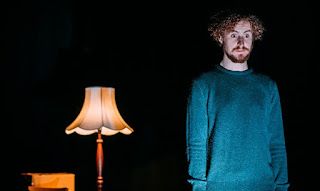 McNair’s one hour monologue is a rite of passage to epiphany. It rings with the genuine quality of personal reminiscence and wisdom borne of experience and understanding. Nair inhabits the world of the grandfather with deep affection and a realization we shall live on in the possessions and memories we leave behind and the genes we pass on to our children. The Scottish performer echoes the words of the Welsh poet Dylan Thomas, “Rage . Rage against the dying of the light “ 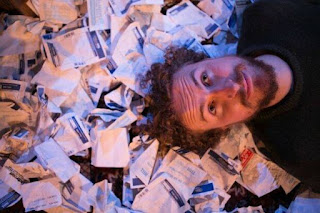 McNair’s storytelling is engaging and thought-provoking. I flinched  and felt for his throat slightly at the use of the guttural to create characters in the pub, and I lost his words through the Scottish accent as he played  towards upstage. These are minor quibbles at a performance that was sensitive, alive , poignant and funny.  The schoolgirl next to me looks at her watch. Time passes too slowly and McNair’s message of playing as best you can with the cards you’re dealt may be too premature for one whose life experiences are few and much lies ahead for her to discover. There is laughter behind me, coming I suspect from older members of the audience or school students amused and entertained by McNair’s strong performance, character changes and amusing anecdotes. We are drawn into the life of a simple man with an extraordinary talent for tall tales and a grandson who loved a grandad unconditionally, a grandad who, like most of us just want to be remembered. A Gambler’s Guide to Dying” will be remembered with fondness. It is a story that all grandparents and their grandchildren share.
Posted by Canberra Critics Circle at 12:30 AM