BRING BACK THE BARITONE 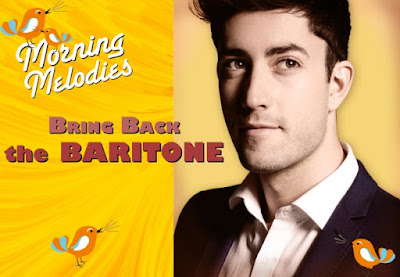 When you think about it, it’s usually the tenor voice that gets most of the good songs for men in the entertainment world from opera through musicals to pop music.  Baritone, Seth Drury, has capitalised on this fact with his fast-paced show and demonstrates that baritones can be just as memorable.

A young, handsome singer, Seth Drury is a bundle of energy onstage and has a winning way with his interaction with an audience.  For the most part his choice of songs works well for him.  Especially memorable were ‘If Ever I Would Leave You’ from the musical, ‘Camelot’, in which he not only sang the song well but showed he has acting ability, too.  Again, his acting made the moving song, ‘Stars’, from ‘Les Miserables’ a stand out in his show.

His opening number, ‘Oh What A Beautiful Morning’ from ‘Oklahoma!’ was a perfect show starter, sung simply and with feeling and he made a couple of Johnny Cash numbers his own without trying to emulate Cash’s style.  In these numbers he was accompanied nicely by the voices of his musicians, Daniele Buatti, on piano and Anyerin Drury on guitar and keyboard.  However, his version of ‘Old Man River’ in the style of Bing Crosby did not work well for him at all.

More attention needs to be given to the script which had some Broadway theatre history inaccuracies – ‘Old Man River’ is not a ‘barely remembered tune’ – and there were some mistakes made in the lyrics as well.  Drury also has some nervous habits which need working on - fidgeting with the microphone stand and frequently touching his nose.  Being more settled with his narration between songs would also enhance his performance.  I may be wrong, but I would have thought he had the voice range to hit the high notes at the end of ‘I Am What I Am’.  Singing it lower took away the opportunity for a big finish to his act.

Overall, his show had a good story angle with a nice choice of songs and was quite entertaining.  Song arrangements were appealing and his musical accompanists did an excellent job.  Seth Drury is a young man with a good musical future.

Len Power’s reviews can also be heard on Artsound FM 92.7 ‘Artcetera’ program from 9.00am on Saturdays.
Posted by Canberra Critics Circle at 3:41 PM