Shakespeare in a Divided America

Shakespeare in a Divided America by James Shapiro.  Faber & Faber 2020.

James Shapiro, Professor of English and Comparative Literature at Columbia University, has written the ultimate STEAM book.  Of course, Science, Technology, Engineering and Mathematics have their place as they should in this story of why the United States of America remain divided.  But the Arts – Shakespeare’s art, surprisingly – has the central role, as surely we all would want to claim for it.

“Be careful what you wish for, lest it come true!” as Aesop is said to have written in his Fables,  some two and a half thousand years ago.  On Wednesday this week, American time, as King Lear’s presidential career ends, in favour perhaps of Brutus, Shapiro’s study of Shakespeare in America explains what it means when we say every child must experience the arts throughout their education.

Shakespeare in a Divided America is essential reading, in my view, for all citizens and especially for those we choose to elect to our parliaments.  It is both a structurally dramatic work of art, exciting and surprising, while its academic research is telling.  Like Shakespeare himself – telling often what we might not like to know.

My characterisation of the outgoing president as King Lear is not in Shapiro’s book, published on 12 March 2020.  It will be interesting to see if Trump realises that so many who voted for him are Edmunds, Gonerils and Regans. Will he feel sad for the loss of those Fools who tried to tell him “Thou should’st not have been old till thou hadst been wise”.  And will we feel sad that he was never able to understand, receive and offer genuine love until too late?  Still wanting to believe Cordelia lives, as he dies politically, will Trump – as Shakespeare’s Lear perhaps seems to in his final madness –  realise that his obsessive self-centredness is the cause of her death and his failure?

Shapiro’s story begins “… it was the election of Donald Trump in 2016 that convinced me to write about Shakespeare in a divided America….I wasn’t the only one turning to Shakespeare to make sense of the moment….On the eve of the election, Stephen Greenblatt published a powerful op-ed in the New York Times likening Trump to a Shakespearean tyrant….And a month after Trump was elected, Oscar Eustis, the artistic director of the Public Theater, decided to respond to this seismic event by directing a production of Julius Caesar the following summer at the Delacourte Theater…in Central Park.”

Since the open air theatre was built in 1962, “spectators – by now, more than 5 million – have flocked to see Free Shakespeare in the Park.  Fifty thousand more would see this timely Julius Caesar….That production and reactions to it, powerfully shaped my understanding of much of what follows in these pages….”

And my understanding of American culture, and the many roles played by Shakespeare in it, has been powerfully re-shaped by what followed.  The chapter titles, each centred on a date of significant change, must stir anyone’s thinking and raise our concerns about social harmony and conflict – past, present and future:

Australia’s story, of course, runs in parallel with America’s since their War of Independence of 1776.  That took place between Capt James Cook’s fateful arrival on Tasmania’s shore in 1770 and the redirection of Britain’s convicts from America to Australia with the appointment of Arthur Phillip as the first governor of New South Wales on 12 October 1786 – and his invasion with the First Fleet in 1789.

The close cultural connections between America and Australia, which we still perhaps take too much for granted, jump out of these pages, even though Shapiro writes entirely from the American viewpoint.  For example, being an immigrant here myself, directly from Britain, I have learned from “1916: Immigration” key points of new understanding about my Australian experience.

In particular there is the interpretation of the nature of Caliban, from Shakespeare’s The Tempest, by Joseph Quincy Adams among many others:  “…in the person of Caliban, Shakespeare represented the treacherous nature of the natives, as reported by the colonists”, which supposes that Shakespeare knew of the new colony of Virginia. Caliban’s island was taken to be an island off the American east coast. Fake news of 1 November 1611, when The Tempest was first performed?  Maybe or maybe not: the colonists first landed there in 1607, but there’s no evidence that Shakespeare was aware of or interested in this.

But, Shapiro notes, after compulsory education  for the young was instituted (beginning in 1852), and the study of Shakespeare’s plays was made a requirement, Adams could gratefully say in 1932, in his inaugural lecture opening the Folger Shakespeare Library, this was: “Fortunately about the time that the forces of immigration became a menace to the preservation of our long-established English civilization.”

Restricting immigration via a literacy requirement came in 1917 and, writes Shapiro, the “anti-immigration forces achieved their ultimate goal: the institution of racially driven quotas in 1921, and even more restrictive ones in 1924, that would be the law of the land until overturned in 1965.”  A White America/Australia policy which took us until 1973 to overturn.  All the result of a glorified  racist dead-white male Shakespeare showing us the sub-human example of Caliban, never to be admitted into “our long-established English civilization”.

So keep your wits about you when you wish for everyone to be educated in the arts.  James Shapiro has a surprise in every chapter, with amazing background details (I loved especially the story of the writing and many re-writings of Kiss Me, Kate) and concluding with what happened when Brutus, full of concern about preserving democracy but terribly anxious about using violence to do so, stabbed a Caesar who looked like Donald Trump in 2017.

As I would say of any top-class drama: not to be missed. 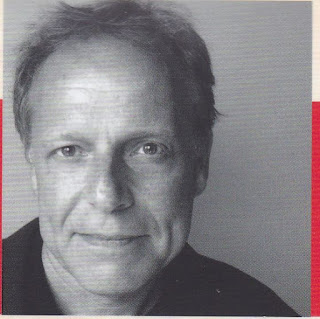