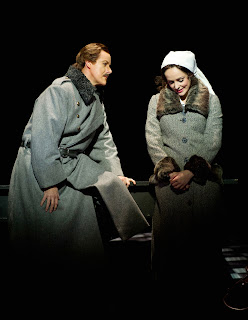 If your reason for seeing "Doctor Zhivago" is to experience Anthony Warlow playing the title role then you would be wise to confirm that he is actually performing when buying your tickets. At the performance I attended neither Warlow, nor his Lara, Lucy Maunder, were in the show. The brave understudies, Anton Berezin and Belinda Wollaston, had to overcome an intitially cool response from the disappointed audience to eventually win well-deserved cheers by their curtain calls. Bravo! 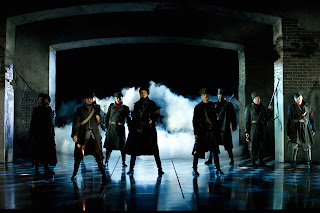 Based on the sprawling Boris Pasternak novel, "Doctor Zhivago" is a stirring musical which tells an epic story and demands concentration to absorb all the twists and turns of the plot. Regardless of who is playing the main roles however, there is much to enjoy. 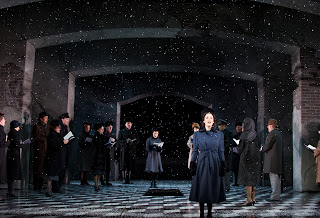 But mostly there's Lucy Simon's superbly tuneful score which includes at least two lovely songs destined to become classics when the show eventually finds its way to Broadway, and you will have been among the first to have heard them.

(This review appears in the March 24-30th edition of "City News")
Posted by Canberra Critics Circle at 2:46 PM