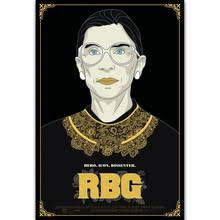 From the flamboyant outfits and fishnet gloves she wears for public events, to the lace collars worn to deliver opinion as a justice of the US Supreme Court, Ruth Bader Ginsburg has a sense of occasion. This distinguished gender equality crusader may have a reputation for being reserved but she sure seems to appreciate the importance of a bit of theatre, which comes as a surprise, and a pleasant one at that.

Justice Ginsburg, RBG for short, holds the seat on the bench that she was once nominated for by Bill Clinton. She is still going strong. Now in her mid-80s, she works out to maintain fitness for the career she is clearly committed to continuing. Scenes of her at the gym with her personal trainer open this engaging documentary film.

In a career that spans more than 60 years, Ginsburg won a group of landmark cases that helped build legal infrastructure for gender equality in the US. As the film documents her legal work, the wins in court and the odd loss, it provides a fascinating perspective on how crucial Ginsburg has been to the advance of equal rights and opportunities, and how progressive activism and social change occurs in the law.

RBG gives new meaning to the idea of dissent


As directed by Betsy West and Julie Cohen, the life and times of Ginsburg is zippy and entertaining and reveals how in recent years the judge has emerged as an American folk hero, the ‘notorious RBG’ widely celebrated in popular culture. There are t-shirts and plenty of other RBG paraphernalia in the US now that trumpet the achievements of this inspiring role model for young women. 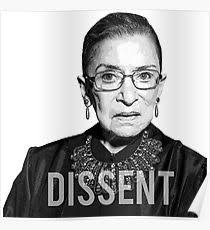 There seems to be a sense of anticipation hovering too. Is there more to come from this supreme court justice who has openly declared her dismay with Trump and the new era in American politics?

Thus far she has become famous for the significant advances her work saw, particularly for women of course, ensuring that they receive treatment equal to men under the law. In some famous cases, she chose male plaintiffs where gender inequality was demonstrably harmful to both men and women.

While her sisters were brandishing banners in the street, Ruth Bader Ginsburg made her case in the courts with persuasive and compelling clarity.

Personal style aside, there are other telling revelations about this diminutive legislator that give us pause for thought. Not least her close friendship with her colleague at the Supreme Court judge, the late Antonin Scalia, who was a notorious figure to many on the left.

Collaboration and respect for others whom she disagreed with were signature elements of Ginsburg’s style. She says she always lived by her mother’s advice and never got angry but worked hard to persuade and convince colleagues to support her case through legal argument. Her work ethic has been prodigious.

When Ginsburg entered the legal profession back in the 1950s, an American (or Australian or British) woman could lose their job when they became pregnant, and could not take out a loan without their husband’s approval. Gender equality had ever such a long way to go.

Her long and harmonious marriage to Marty, a fellow student who became a tax lawyer in New York, is another surprise. He stood back early on to allow his wife’s career to flourish, while he cooked (he was a great cook, apparently), cared for their two children—and cracked the jokes while leaving it to his wife to change the course of history.

RBG is an appealing doco though not a really probing one. The filmmakers have assembled much rich material, but they leave us wondering about the background to this brilliant, strong and private woman. What has motivated her? What inspired her to pursue her legal career in the way she did?

Even before we get to the t-shirts, the cartoons and comedy sketch, it feels more like RBG than Ruth Bader Ginsburg, more a zippy scamper across her life and work that a road map into deeper territory. Yet it is a stirring introduction to a superdiva who gives new meaning to the idea of dissent.