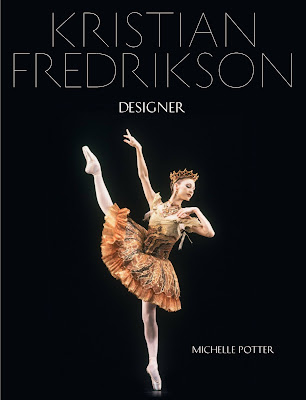 By the time he died on 10th November, 2005, New Zealand born, Australian stage designer, Kristian Fredrickson, had become one of Australia’s most experienced and sought after designers. His design skills ranged over drama, opera, ballet, contemporary dance, musical theatre, film and television, and his work was much admired for its sumptuous, jewel-like quality, and its sensuous level of detail.

Having been inspired by a long interview she recorded with Fredrikson in 1993, for the Esso Performing Arts and Oral History Program at the National Library of Australia, dance critic, writer, curator and historian, Michelle Potter, spent a further nine years researching Fredrikson’s life and work,   travelling widely to interview friends and associates and spending hours trawling through reviews and newspaper articles. The result is a compelling, meticulously researched, and very readable, account of Fredrikson’s career, and a fascinating insight into the inspiration and process which drove this extraordinarily creative individual.

Examining his life, from his birth in Wellington, New Zealand, in 1940, where he was born Frederick John Sams, Potter, with surgical precision, traces the genealogy  of his family, to debunk the popular myth that Fredrikson was descended from a Danish seaman. She reveals how, over time, Fred Sams morphed into Kristian Fredrikson, and how, after commencing his career as a journalist, and  theatre and music critic, Fredrikson soon began channelling his talents into becoming a pre-eminent designer.

With authority and insight, Potter explores the influence of his mentors and collaborators, the first being New Zealand Director, Harry Baker. Baker offered Fredrikson his first design commission, at age 22; to design around 100 costumes for a production of “A Night in Venice” for a Wellington based amateur company which brought him into contact with the young, Allan Lees, who would also become a significant designer.

Although Baker provided Fredrikson with a series of challenging commissions which allowed him to develop his already impressive design talent, they were not enough to sustain Fredrikson, who  quickly recognised that he would need to move to Australia if he were to satisfy his ambition of  become a full-time designer.

In Australia he flourished,  securing  work with the Elizabethan Theatre Trust, where his talent was quickly recognised by Dame Peggy van Praag, at that time, Artistic Director of The Australian Ballet, who offered him his first significant Australian commission, the opportunity to design a production of Aurora’s Wedding for the Australian Ballet.

Other important collaborations followed. Potter charts each in fascinating detail, particularly those with George Ogilvie and the Melbourne Theatre Company, for which Fredrikson designed forty works between 1965 and 1977, and with Graeme Murphy and the fledgling Sydney Dance Company. Throughout, she allows Fredrikson to speak for himself, including numerous quotations from her own interview with him, as well as his interviews with others, and from his own previously unpublished writings. 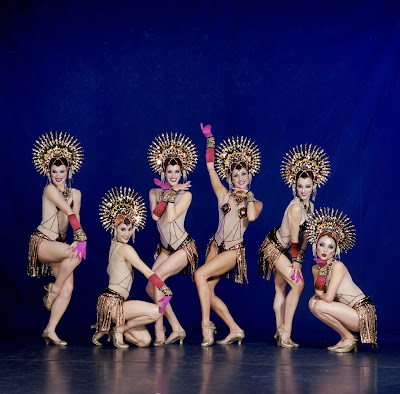 Lavishly illustrated, the book is awash with gorgeous images. Designs, some complete with swatches and Fredrickson’s scrawled instructions still visible, and stunning production images, all fastidiously chosen and carefully notated by Potter, drawn from the archives of the National Library of Australia, the Performing Arts collection of the Arts Centre Melbourne, the Australian Ballet, The Royal New Zealand Ballet, Houston Ballet, Opera Australia, The Melbourne and Sydney Theatre Companies, and the Sydney Dance Company among them. It’s a pity though, that some of these are spread across two pages resulting in some tantalising loss of detail.

Although he is best known for his theatre work, Fredrikson also designed extensively for film, and Potter devotes a whole chapter to his work in this area. Fredrikson was obsessed with the ballet “Swan Lake” which he described in a letter as “not only one of the greatest ballets but also a designer’s pinnacle”. Potter devotes the final chapter to exploring this obsession, and analysing each of the five productions he designed.

Substantial, carefully numbered research notes support the writing, and a complete list of every production on which Fredrikson worked, as well as an index, complete this handsome, definitive publication which is destined to become an essential inclusion in the library of anyone interested in Australian theatre history, and particularly, Australian theatre design.

This review first published in CITY NEWS on 12th August 2020

Posted by Canberra Critics Circle at 11:58 AM