Staying at home during the COVID-19 lockdown, Chris Bowes turned his attention to live streams from CCTV cameras. Using footage sourced from a surveillance device in New York’s Times Square, he created Split, an imagined narrative.

It is a virtual certainty that those of us who have visited Times Square in New York City have seen the Naked Cowboy, one of many colourful characters who frequent the area daily entertaining the cheering crowds. I saw him in 2013. Bowes shows him walking the empty streets at the same time each day, always the same moves. He is stuck in a loop, playing guitar for pigeons, seemingly oblivious to the changed world - with no crowds of tourists smiling, laughing, capturing photos. He stills wears little – white cowboy hat and boots, and white briefs with a guitar strategically placed to give the illusion of nudity. And now a white face mask! The street is strangely empty beneath the billboards, in its own lockdown but revealing all the lines of road markings. Is the cowboy performing for us? 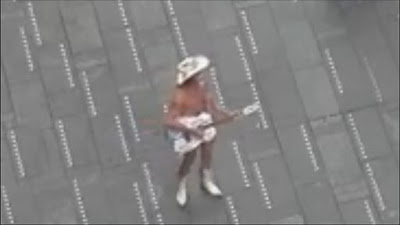 Jacinta Giles’ work, Abberation, also emerged during lockdown’s departure from normal. It came about partly as a result of consuming large amounts of media broadcasts about the coronavirus, despite her previously being an avid non-watcher.

Giles’ process explores how we store and recollect memories. She recorded many broadcasts then applied “memory-based processes” to create images and, for the moving image part, montaged many of them together. A photo of blue tape marking a spot for social distancing in a supermarket is used throughout as a means of holding the montage. 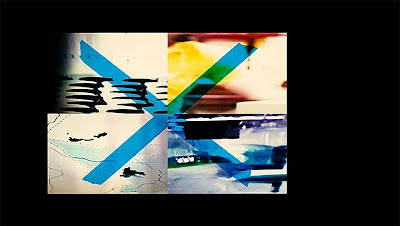 She also shows us four large stand-alone images, printed on an adhesive polyester fabric which can be removed and reused multiple times without any alteration or damage to the surface.

Our third exhibitor is Victoria Wareham. She contributes Ghost Light, a two-channel video installation. Wareham and Giles have worked alongside each other for the past three years. In a recorded conversation between them on the Photo Access website, we hear them agree there are synergies in the way they approach the screen-based image as a trace.

Ghost Light is a two-channel, screen-based work that uses digitally altered 16mm film footage to highlight the relationship between touch and the screen-based image. Much of the time, we flick through screen images by swiping and scrolling, only lingering over a few. This work attempts to draw us in and communicate with us as images move across our screens.

​Wareham’s own audio introduction to her work on the website is well worth listening to. She notes that, over the past few months, most of us have been living through our screens. She suggests there is a screen space just slightly out of time from our world. She is aware of that as an invisible zone between our world and the image world, seeing the screen-based image as a type of ghost. She seeks to bring the ghosts to the surface and encourage them to reach out and touch back. She digitally applied a blue overlay to elevate and draw attention to the screen itself, to highlight its presence as an invisible barrier and a forgotten horizon between the viewer and the screen-based image. 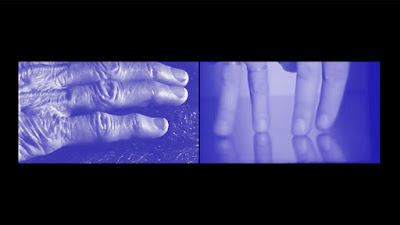 This review was also published on 15 August 2020 by the Canberra Times: https://www.canberratimes.com.au/story/6862525/imagined-narratives-and-ghostly-zones/ and on my personal blog: https://brianropephotography.wordpress.com/2020/08/15/split-abberation-and-ghost-light/