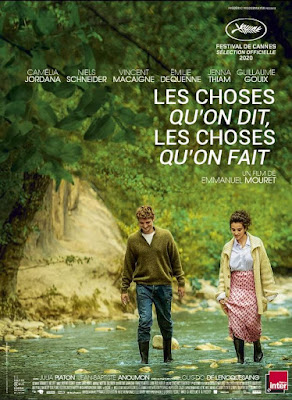 Written and directed by Emmanuel Mouret

French film makers are masters of the romantic comedy/drama and “Love Affair(s)” is a new film that reinforces that view.

Writer and director, Emmanuel Mouret, is known for “The Art Of Love”. “Another Life” and “Lady J”.  In “Love Affair(s)”, a pregnant young woman, Daphné, has been left alone in the French countryside by her boyfriend, François, while he is away working.  François arranges for his cousin, Maxime, to stay with Daphné for company.  Maxime is a young man heart-broken due to a recent failed love affair.  Thrown together, Daphné and Maxime spend the time telling each other the stories of their relationships, little realizing that the intimacies they are sharing are drawing them closer together emotionally.

In Emmanuel Mouret’s screenplay, love, desire and relationships are put under the microscope in a way that we can all relate to.  What seem to be simple love affairs on the surface surprise us with their complexities, with twists and turns and connections that are as suspenseful as a thriller.  We can’t wait to see what will happen next.  We expect that the two main characters will be drawn together right from the start but the journey they take is fascinating from beginning to end.

Much of the emotion of this film is conveyed by the actors’ silent reactions to the situations they find themselves in.  The two leading actors, Camélia Jordana as Daphné and Niels Schneider as Maxime, give very real and appealing performances.  They have strong support from Vincent Macaigne as the boyfriend of Daphné, François, Émilie Dequenne as François’s ex-wife, Louise and the other performers in the film.

Beautifully photographed in the French countryside by Laurent Desmet, this is a memorable film with a lot to say about the complexities of modern love.  Just like life, it’s funny, surprising and then unexpectedly moving.  It’s an enjoyably emotional journey from start to finish. 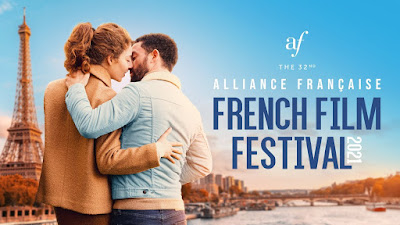 Posted by Canberra Critics Circle at 11:55 AM