On the Lessons of History by Katharine Brisbane: Platform Paper No 63, Currency House, Sydney, March 2021


Only once in these 82 pages did I catch a glimpse of the daunting task that Katharine Brisbane has undertaken, having just turned 89 years this January, when she admitted ‘trudging’ through the previous 62 Platform Papers.  You will not ‘trudge’ through No 63, so skilfully written by the eminent theatre critic I well remember from the early 1960s.

Yet it is true that the content of the history of the arts, especially the performing arts, from  PP1 ‘Our ABC’—A Dying Culture? (Martin Harrison 2004) to PP62 Performing Arts Markets and their Conundrums, (Justin Macdonnell 2020), still leaves me to hope as Katharine writes: “My hope is that, as we come out of this dark period in our history, Australia might take the lead in the challenge to make the world a kinder, more inclusive place than it has been. By living too fast we have come too quickly to the end of the road. ‘A Change for the Better’ is the Platform Papers’ motto.  All we need is the courage to make it.”

From the creation of the Australia Council for Arts in the mid-1970s through social, economic, political and even viral changes in all directions, for better and for worse, artists and those of us – that means all of us – who need the arts, still need courage and hope to make that change.

Brisbane selects from a wide range of the topics covered in Platform Papers (the complete list is in the Endnotes) to reveal thematic developments in the history, beginning with why the Papers were needed.

“In the 1970s, arts support expanded under the aegis of the Australia Council, and by the 1980s artists and arts organisations were largely dependent on regular government grants, but when funding began to contract in the 1990s, this dependence made  practitioners fearful of speaking out….So in 2001 my colleagues and I began a monthly discussion club in Sydney and called it Currency House. We became a not-for-profit affiliate of Currency Press, which also gave us a home.”

Currency Press, the major publisher of original Australian plays, of course, had been founded in 1971 by Katharine Brisbane, then national theatre critic for The Australian, and her late husband Philip Parsons, a lecturer in Drama at UNSW who worked passionately to bridge the gap between the university and the profession.  [ www.currency.com.au/about-us/ ]  These quarterly essays, “dedicated to the working life” of artists were a natural development and Brisbane’s analysis makes essential reading – as much for me to understand what was happening when I was teaching and reviewing drama from the mid-1970s, as it does for younger and future practitioners.

Her Introduction provides an effective overview of the whole 50 years, before delving into detail, where Brisbane’s journalist origins show through.  From 1. The Genesis of the Papers, through 2. Coordinating the Voices, to 3. Division and Cultural Unity we read the stories of the many real life characters and their reflections at their times of writing, as well as Brisbane’s headlined commentary to tie the complexity of history together.  Readability is the keyword; incisive observation is the result.  Understanding flows naturally.

Still hoping, as I am too, trudging along some nine years behind Katharine Brisbane as I turned 80 this January, it concerns me that it is true that we still need to push on with such courage; that we still feel that our ways of life, changing as they have and always will, do not yet integrate the arts into our political culture as they should always have been integrated.

Facing up to that truth is what Platform Papers are all about – including No 63.  Yet this history has another lesson, about the complexity of culture rather than simplistic responses such as mine.

In our newly electric world wide web, the effects of which Brisbane deals with in considerable depth, it is interesting to note that, in our green-hydrogen fuel cell, the current flows from the positive to the negative – on the way powering the motors of industry, including the Arts.  In history generally, out of the dark periods the arts grow in new directions, in new forms.

In my youth, from my beginnings in the UK just after the early flurry of shots at the Battle of Britain, I found myself studying at the University of Sydney in 1960, not Australian Literature but the culture of Europe expressed by Eugene Ionesco turning all but one naïve recalcitrant into green rhinoceroses.  How would anyone imagine that Absurdism could become the key to British culture from Ionesco and Beckett, through to The Goon Show and on to Monty Python’s Flying Circus?  Yet it was the right artistic response to surviving World War II.

Today, as Brisbane notes also, since the dark days of colonialism, in a very messy process specific to Australia, since the beginning of the Black Theatre in Redfern in 1973 (I was firmly told not to make suggestions because I was white), First Nations’ artistic expression in literature, film and on stage now has a powerful presence, established and growing, in today’s Australian culture.

I once attended a drama teachers’ inservice class conducted by Wesley Enoch in Canberra (when he and I were much younger), and have not forgotten his spirit of respect which unobtrusively filled the space that day.  It is a great honour that he will launch Platform Paper No 63 in ten days’ time on March 24, 2021 at that very University of Sydney which did not teach Australian Literature 60 years ago. 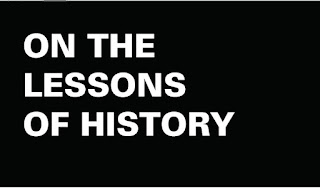 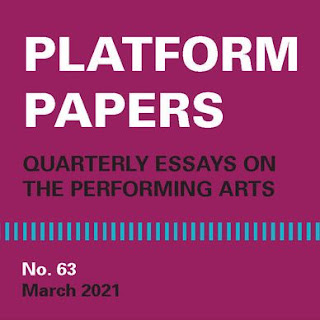