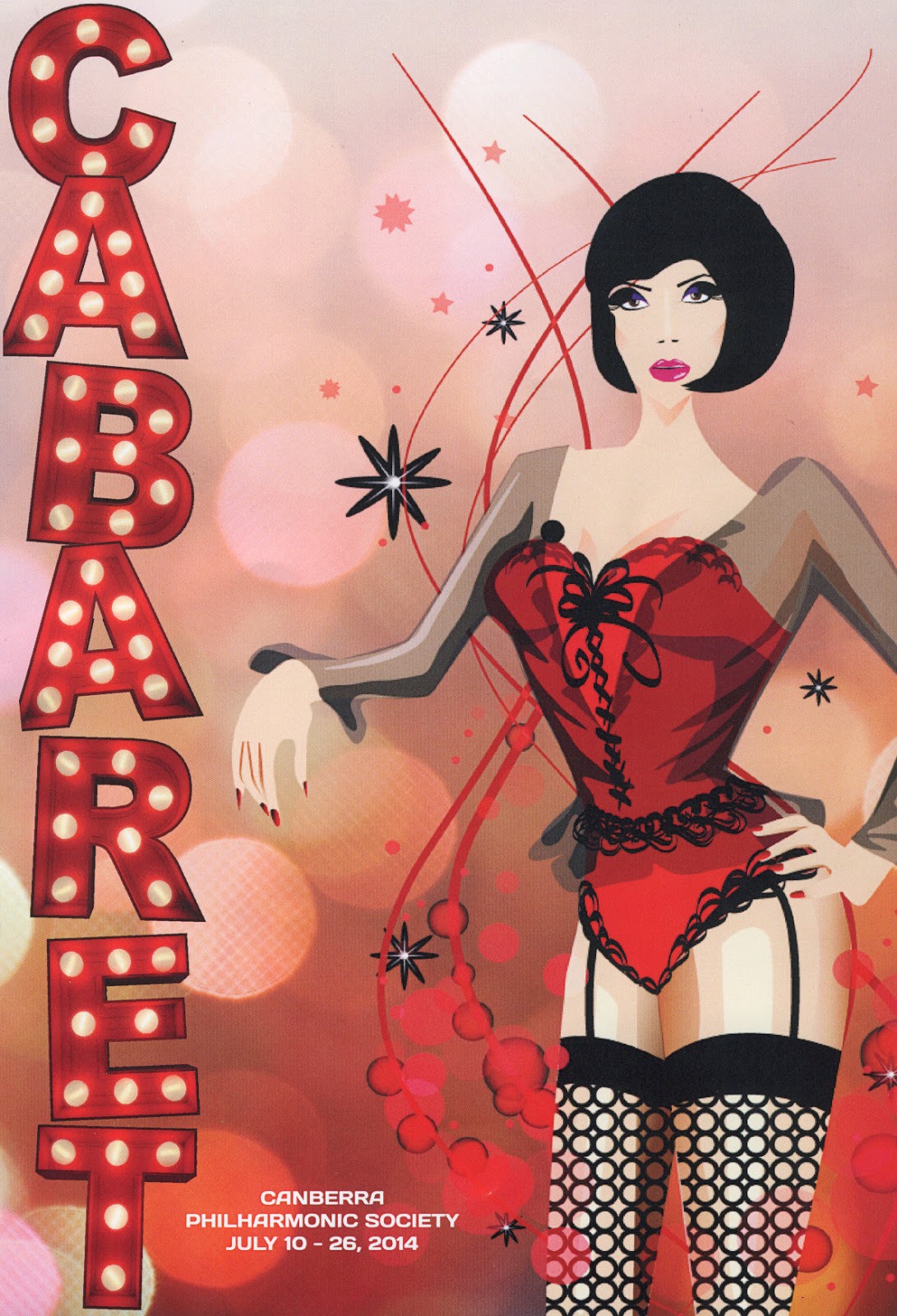 ‘Cabaret’ is one of those musicals that some directors see as an opportunity to lay on the sleaze and audience confrontation with a trowel.  Director, Jim McMullen, resists temptation and gets it right in Canberra Philharmonic’s terrific new production.

Based on Christopher Isherwood’s 1939 novel, ‘Goodbye to Berlin’ and the John Van Druten play from 1951, ‘I Am A Camera’, the original 1966 Broadway production of ‘Cabaret’ ran for over a thousand performances.  In Australia, a 1971 production originated at the National Theatre in Perth with Nancye Hayes as Sally Bowles and Jon Ewing as the Emcee and toured Australia with Bunny Gibson as Sally.  The hit 1972 film starring Liza Minnelli really put the musical on the map for general audiences and the stage version, with various changes to the music score, has had constant revivals internationally ever since.

Set in 1931 Berlin as the Nazis are rising to power, it’s based on nightlife at the seedy Kit Kat Klub and revolves around the 19-year-old English cabaret performer Sally Bowles and her relationship with the young American writer Cliff Bradshaw.

As the fascinating Sally Bowles, Kelly Roberts expertly captured Christopher Isherwood’s original description of the character.  Her singing of the title song was masterful.  Angel Dolejsi gave a strong performance as the repellent Emcee of the Kit Kat Klub and displayed his considerable dance skills, especially in ‘Two Ladies’, with excellent support from Kirsten Haussmann and Beth Deer.  Mat Chardon O’Dea sang very well and showed an appealing warmth to Cliff Bradshaw.  Ros Engledow as Fraulein Schneider, the land lady, and Ian Croker as her suitor, Herr Schultz, gave very real and heart-breaking performances.  Dave Smith gave a performance of great depth as the likeable Ernst Ludwig, who turns out to be not so nice after all.  Kitty McGarry as the prostitute, Fraulein Kost, gave a delightfully amusing performance in the role.  The large ensemble gave great support to the principal players.

Set designers, Ian Croker and Jim McMullen have filled the stage with an attractive and spectacular set that worked perfectly for the Kit Kat Klub scenes and the more intimate scenes in the boarding house.  Lighting design by Hamish McConchie was excellent as was the sound design by Peter Barton.  The sound balance was perfect.  Clever choreography by Shasha Chen shone with originality in ‘the Money Song’, which was a genuine showstopper.  Costume designers Miriam Miley-Read and Christine Pawlicki provided eye-catching costumes for the night club scenes and correctly in period costumes for the story scenes.  Music direction by Rhys Madigan and Jim McMullen was tight and well-played by the orchestra.

Director, Jim McMullen, has done an excellent job with this show from concept to execution.  The in-depth characterizations he has obtained from the cast are particularly notable.  Of the several stage productions I’ve seen of ‘Cabaret’ over the years, this one was the most pleasing of all.  You’d be a dummkopf to miss it!