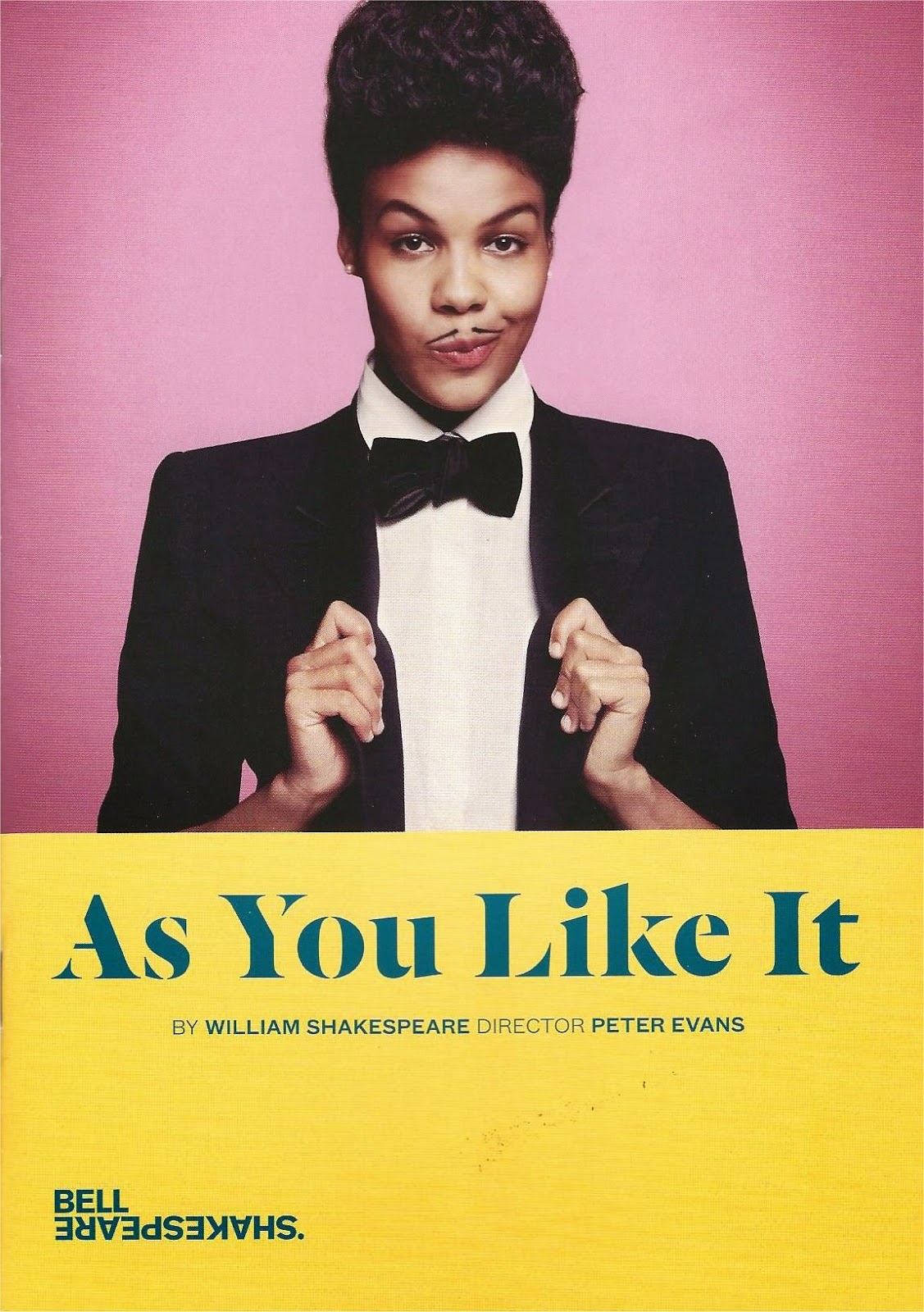 While my past reading has given me a familiarity with ‘As You Like It’, somehow I’ve never managed to see it staged before.  After experiencing Bell Shakespeare’s production this week, I’m not surprised it’s considered one of Shakepeare’s most popular works.

In the play, a young woman, Rosalind flees persecution in her uncle’s court with her cousin, Celia, to the forest of Arden.  There they interact with a variety of interesting characters and find love by the end of the play.

Director, Peter Evans, said in a speech after the performance, ‘If you don’t have a Rosalind, you don’t have a show’.  Luckily, he has the wonderful Zahra Newman playing the huge role of Rosalind.  She gives a magnetic performance throughout which crackles with energy and humour and she simply commands the stage with her delivery of the Epilogue speech at the end of the play.

John Bell as the melancholy traveller, Jacques, gives a quietly understated performance which works brilliantly.  He doesn’t make a big deal of his delivery of the famous ‘All The World’s A Stage’ speech and that makes it especially memorable.

There is uniformly excellent work from the rest of the ensemble cast.  All display a great sense of comic timing and there is also some fine singing by Abi Tucker playing the roles of Audrey and Amiens.  Actually the whole cast are pretty good singers as you’ll see with their spot-on harmony singing in a song late in the show.  Kelly Ryall, the composer and musical director, has done a fine job giving the text of the songs a modern treatment that works.

The set for the show is a marvel.  Designed by Michael Hankin, at the start of the show we seem to be on a rather bare stage in a theatre with just a working light.  How that set is transformed into the forest of Arden later in the play is remarkably clever.  It’s this kind of theatrical effect that movies and television can never compete with.  Paul Jackson’s lighting complements the set nicely and his subtle changes at various points in the play create a really special atmosphere for this show.  Costumes by Kate Aubrey-Dunn are a delightful mix of periods and styles that go well with the various characters.

Peter Evans has produced a very attractive and entertaining production.  If you’re not familiar with the play, it can be a bit bewildering when actors appear as other characters but you soon work it out and find yourself swept along by the energy and inventiveness of this show.  Go and join in the fun in the forest of Arden with this company and you won’t want to leave!