All photos by Daniel Boud
Every time I see a new production of a Shakespeare play, I learn something new.  Peter Evans’ version of this ‘most famous’ play, Romeo and Juliet, tells me how important it is to set it in its own period – 16th Century Verona – rather than try to make it ‘modern’.

It’s not that I disliked Kip Williams’ STC 2013 production (reviewed on this blog September 25, 2013), where Paris and Romeo in modern costume shot at each other with hand guns in a barely-lit Capulet mausoleum, looking rather like a tv crime fiction shoot-out in an underground car park or a decrepit old factory.  That approach made Juliet clearly into a symbol of modern feminism as her spirit rose to bring the scourge of family violence to an end.

But how wonderful it was to be immersed in the colour and grandeur of old Verona in Anna Cordingley’s design.  In this setting, Shakespeare’s play takes us back in time to show how modern his understanding was 400 years ago, and how important it is that we keep up our determination to emphasise love and equality over entrenched power and violence.  Oddly, staying true to Shakespeare’s original – itself a setting in a fictional and therefore symbolic Verona – deepens the emotional impact and the universal significance of his work.

After the show, Evans spoke of his realisation that Romeo and Juliet is Shakespeare’s most famous play – it’s the play almost everyone knows and quotes – and his fear that his production might not come up to expectations.  In thanking his team – cast, designers and crew – not only for the successful prior run in Sydney but especially for the extra week’s work in preparing the show for the Canberra Playhouse, he demonstrated in my view the very nature of the theme of the play – of working together.  I have a suspicion that Shakespeare would recognise Evans as a worthy colleague if he were here today.

Of the many qualities which stood out for me, I want to mention three.

First was the clarity of voice and interpretation of speeches, for which not only the actors but surely Jess Chambers must be praised.  The young characters in this play are energetic in the extreme and highly intellectual.  For a modern audience, their speeches can become an incomprehensible blurr of poetic or ironic words.  In this production, the welding of imagery and ‘chop logic’ into the emotional relationships was perfectly done, especially by Damien Strouthos as Mercutio and Kelly Paterniti as Juliet.

Then the movement and fight directing by Nigel Poulton not only gave us a sense of energy – especially through the highly realistic sword fighting scenes (perhaps not done so well before since the days of Errol Flynn) – but also providing the contrast needed for the ritual quiet sadness for the dead in the final scene – enhanced by Kelly Ryall’s sound design.

Lastly, among the individual characters, the Capulet family held the play together.

Michelle Doake’s Nurse was surely the funniest, certainly that I have ever seen.  Yet at no point was her character improbable, as she turned from being entirely engrossed in supporting her ‘baby’ Juliet to trying to persuade her to accept a marriage to Paris against her feelings.


Juliet’s father, in Justin Stewart Cotta’s interpretation, became the epitome of autocratic power – true to his position in Shakespeare’s day – and yet with such an extreme reaction to the challenge represented by Juliet’s refusal to marry by his command – at the age of 14, mind you – that we could see the psychological failure in Lord Capulet.


His required social/family role was tearing him apart.  In other productions, I have seen Capulet as no more than a conventional father of his period, accepting his role as given.  Cotta gave us a much more complex personality, alongside his wife (Angie Milliken) – more  afraid of him than the teenager Juliet – who finally speaks over her daughter’s dead body “O me!  this sight of death is as a bell, That warns my old age of a sepulchre.”

And finally, there is Kelly Paterniti.

Although perhaps cast partly for her exqusitely tiny proportions which absolutely focussed our attention among all those tall very adult figures, it was her interpretation of Juliet, the young, naive, loving yet entirely rational teenager that held us in thrall in the first half.  Then, as her father’s implacable position sinks in, she grows up as a woman, independent and self-determined even unto her tragic conclusion.


If Peter Evans had worries about matching our expectations, he need be concerned no longer. 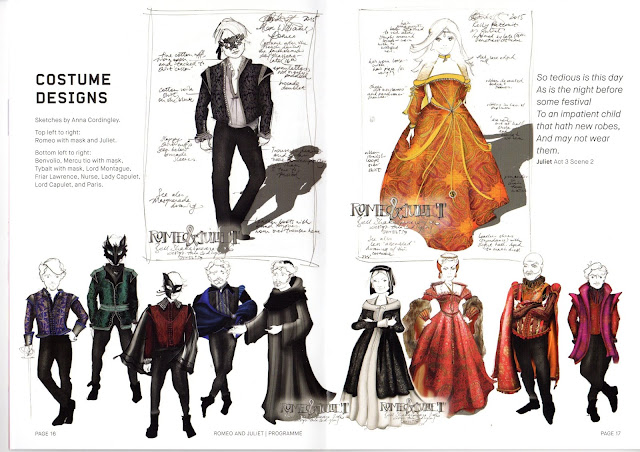 
Posted by Canberra Critics Circle at 11:41 AM