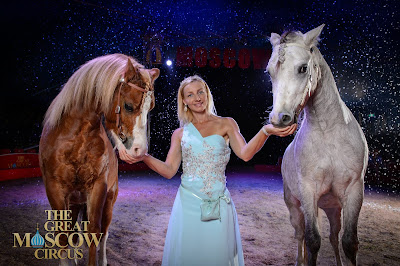 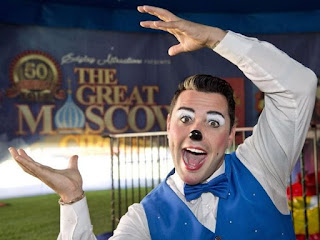 The elephants may be gone, and the lions, tigers and chimpanzees too. In their place the horses remain and now camels, llamas and water buffalo perform to the gentle coaxing of a trainer of the Moscow State Circus. The red-nosed clown with floppy shoes and baggy trousers still warms up the audience with his burst balloon and mischievous sprays of water into the crowd, but without a stooge companion, now performs his slapstick with a raggedy doll to the absolute delight of my four year old grandson, who suddenly gains a second wind of regaled laughter in the second half of an evening show. Unfortunately his slightly older cousin missed out on an afternoon nap and has succumbed to sleep. She would have loved to have see the camels, llamas and buffalos prance and dance in well-trained unison. 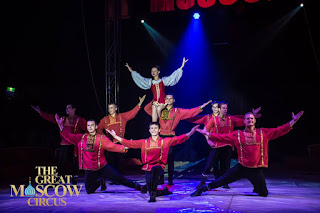 Circuses are not what they used to be. Sure, there is the fairy floss and popcorn to keep hungry mouths happy while waving their light sabres and spinning colour wheels to light up the dark. But my Golden Book circus with its naïve childlike illustrations and the flavour of a bygone era of sawdust smells and Three Stooges clowning has become a highly sophisticated display of extraordinary artistry. The Great Moscow Circus has come to town and act upon act simply raises the bar higher until audiences gasp in amazement at the daredevil, death defying feats of six motor cyclists spinning and weaving their way throughout a large iron cage. 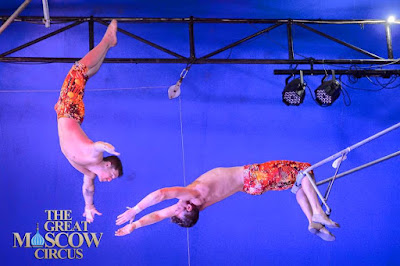 Imagine if you can two burley gymnasts leaping onto a springboard and catapulting another high into the air to sit upon a chair attached to a five metre pole. Or llamas leaping obediently over two camels’ necks and under another. Gasp as the Cossack clad tightrope walker slips from the rope and with his two hands firmly on the rope dangles above the ground with no net below, only to lift himself up and perform a skipping routine upon the narrow wire. Gaze in amazement as a lady and a man intertwine within a hoop in a display of sensual, physical prowess.  Be thrilled by the masterful acrobatics to the rousing strains of Tchaikovsky’s Nutcracker Suite.   Be bewitched by the grace and delicate elegance of the ballet dancer as she poises herself on points on the head of her partner in a display of exquisite dance, physical balance and exotic beauty. And hold your breath in fearful anticipation as this remarkable show thunders to its grand finale with the fuel-propelled perils within the steel-girded Cage of Death. 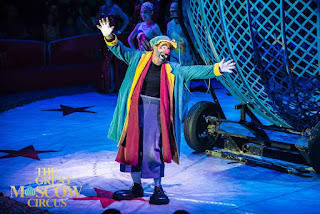 These are but a handful of the amazing acts of the Great Moscow Circus, Each performance dazzles with talent, discipline, showmanship and wonderment. My grandchildren sat enthralled, laughing loudly at the clown or watching in wonder as the trapeze artist soared through the air to the waiting hands of another across the ring. This is circus on the edge of danger, rippling with suspense and vigorous applause of relief. It is also the circus of style, graceful, athletic and timed to perfection. 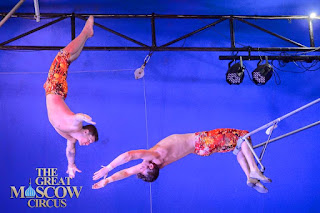 Only the coaxing of volunteers from the audience can be a more testing task. Young children flock eagerly to test the clown’s strength in a tricky tug of war with hilarious consequences. It is all done in good fun. However not all attempts at audience participation work as well. They rely on the devil may care good will of the selected audience members. It worked passingly well for Nino the Clown's mime orchestra, but  with awkward results when luring a coaxed young lady in the front row to play the role of a stooge passenger in the car. She was obviously recalcitrant, and perhaps tomorrow night the Nino will choose someone more willing to enter the unpredictable world of audience participation. 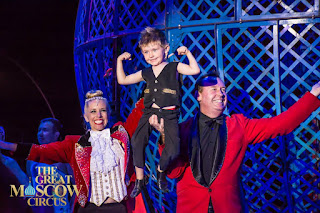 In any case the Great Moscow Circus is a spectacular showcase of amazing skills that will entrance and delight. It is a rare opportunity for Canberrans to see this international sensation. The very small child of the circus, who challenged the clown to a show of strength, may have been a stool, but beware, he’s cute enough to lure any child to run away and join the circus and perhaps some older people too! 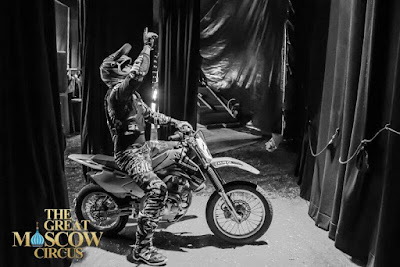