Kamberra: Many Nations One Country

There is a Ngunnawal word which means meeting place: Kamberra. It is a perfect representation for what Canberra has become, particularly regarding the many First Nations Australians living here today. Stories from those communities is what this exhibition is about.

Kamberra: Many Nations One Country explores the diverse perspectives of First Nations Australian mob living in Canberra on Ngunnawal and Ngambri Country. It explores local Traditional Owners and their connections which go back millennia, as well as diverse communities who’ve lived here for years, decades and in some cases, generations. It explores the idea of how these many groups relate to this Country, through numerous lenses.

This new media exhibition celebrates the beauty of Ngunnawal and Ngambri Country, and the diversity of the peoples from all walks of life living there today – playing sport, attending schools, caring for the environment, writing poetry, telling stories, painting murals, dancing, sharing their culture, making glass artworks, playing with pets, and much more. 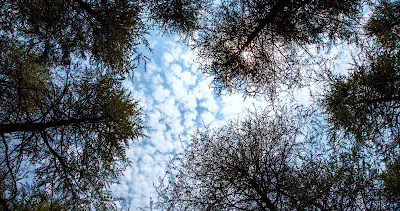 The collaboration, to gather and capture their stories, was commissioned by Belconnen Arts Centre. It was led by contributors - Wiradjuri filmmaker Marissa McDowell, and Murri writer Lisa Fuller. Through various connections and art forms, they sought to explore the idea of how the diverse groups from all walks of life relate to Ngunnawal and Ngambri Country. As they intended, they have respected how people always choose to identify. 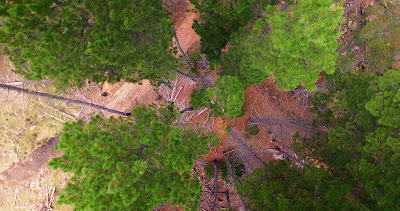 McDowell is from the Wiradjuri Nation, Cowra, and has been living on Ngunnawal Country since 1984. She is a Wiradjuri woman with Irish and English heritage. She is also an independent producer at Black & White Films and has worked with Indigenous communities telling their stories through documentary film making, photography and writing. She also facilitates filmmaking workshops for youth and community. 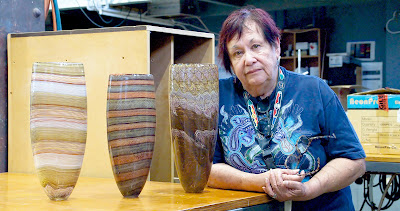 Documentaries by McDowell have been screened on SBS/NITV; her poetry published through USMOB Writers and photographs displayed at PhotoAccess and the Sydney Living Museum. She has recently received her Master of Arts Screen Business and Leadership at the Australian Film and Television Radio School and is currently undertaking her Graduate Certificate in Wiradjuri Language, Culture and Heritage at Charles Sturt University.

In the photomedia parts of this exhibition we are shown video recordings of many people who agreed to be interviewed. They are displayed on a four-sided central plinth representing the ‘fire’ around which people yarn and share stories. The people are diverse – in ages, gender, and the country they are originally from. They also talk about diverse things, each revealing something of themselves. Around the walls of the new Pivot Gallery, other large screens share more about the lives and activities of members of the mob living here.

In an adjoining space, the exhibition also includes McDowell’s fine photographic portraits of eight Elders who took part. And there are various other visual artworks contributing to the overall exhibition. 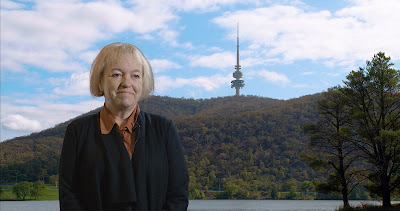 A book, also titled Kamberra: Many Nations One Country, is being sold at the gallery in conjunction with the exhibition. Designed by Fuller, it contains images from the exhibition and a great deal more, including some excellent poetry by Fuller, McDowell and various other people. The diversity of the First Nations people and what they do in Kamberra is clear in this publication.Fuller is a Murri from Eidsvold QLD, who has been living on Ngunnawal Country since 2006. She is currently doing her PhD in Creative Writing at the University of Canberra. Her first novel, Ghost Bird, is due out in October 2019.

For those of us who come from other cultural backgrounds, this exhibition adds to our knowledge of First Nations Australians.

This review was published by the Canberra times on 24.10.20 here. It is also on the author's blog here.