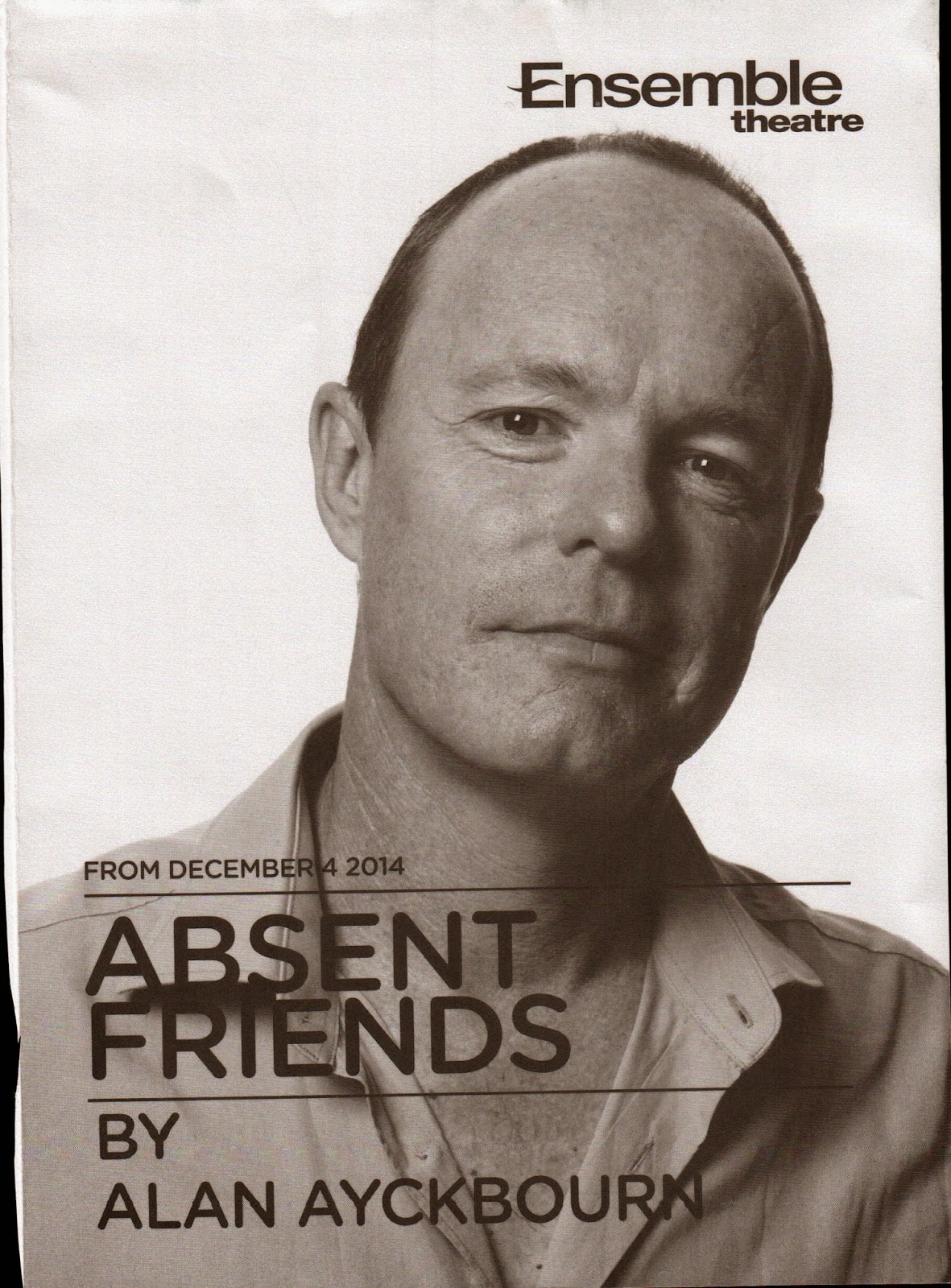 What an embarrassing play!

Not for us in the audience, of course.  No, all we had to do was cringe appropriately on behalf of Marge every time she put her foot in it.  And Queenie knew exactly how to time her big feet, especially in those lovely huge yellow shoes.

Darren’s Colin’s equanimity in accepting his girlfriend Carol’s drowning took the wind out of Diana, her husband Paul, and his other old friend John, but never surprised John’s wife, Evelyn, since she was never surprised by any man’s or woman’s or child’s behaviour.

Michelle’s Diana went horribly mad, Richard’s Paul became catatonic, while Brian’s John’s fixation against death nearly brought him asunder.  All of these experienced actors were spot on in characterisation and timing, as we would expect, but perhaps it was Evelyn’s role that was the hardest to play.

As the deadpan observer, it would have been easy for Jessica to make her Evelyn merely unpleasant and vindictive, but she made her thoroughly understandable to those other observers – us in the audience.  As we laughed at the ludicrous antics of the others, Evelyn kept our feet on the ground – and made the humour that much blacker.  Without her as a foil, the play could degenerate into farce, instead of worthwhile comedy.  A good call by director Mark, as well as skill from Jessica.

The other key production element which kept the play out of the potential farce zone was the use of terrible pauses of embarrassment – long enough not only for the audience to realise what the embarrassment was about; in the extra time of silence and stillness there was a second laugh as the characters’ confusion of feelings deepened.

Another good call by the director, and performed with consummate discipline by all concerned.

But my favourite moment has to be the withering looks Queenie conjured for Marge to send as daggers at Paul, so disgusted was she at his cruelty towards Diana in her distress, added to by her knowledge, direct from the horse’s (Evelyn’s) mouth, of Paul’s execrable behaviour in the back seat of his car.

Absent Friends is shown to be a bitter comedy from England’s Alan Ayckbourn, which still rings true even after a little translation to Australia in our 1970s.  It was another good call to keep to the original period, even if only because language has changed too much to set these marriages in this century.

I saw the second last performance in the run, and now feel disappointed that I cannot recommend to you to make sure you don’t miss it.  I nearly did, and I’m glad I did not.

BUT late news is good news: actually the play is transferring next week to Glen Street Theatre in Belrose from Wednesday 28 to Saturday 31 January, so go if you can.

All photos by Katy Green Loughrey


Posted by Canberra Critics Circle at 8:20 AM